MDMA, commonly known as “molly” or “ecstasy,” is widely taken in nightclubs and other party settings. It leads to short-term effects that include an uplift in mood and an increase in energy. However, a come-down period can follow its use, where users experience depression and anxiety-like symptoms.

So what’s the link between MDMA and anxiety and depression? Some research suggests MDMA could cause these disorders, whereas others suggest it may do the opposite and provide a solution to treating them.

We’ve investigated some of the evidence for both sides of the argument below in this article about MDMA for anxiety and depression.

Does MDMA Cause Depression?

A common effect of MDMA is that users experience a come-down around 3-4 days following taking the drug, i.e., a prolonged feeling of low mood similar to symptoms of depression. This come-down effect is temporary in most cases, but some evidence suggests a possible link between MDMA and an ongoing depressive disorder.

In one study, researchers interviewed 466 regular users of MDMA about their experience of MDMA’s psychological effects. 83% of the interviewees reported low mood as a short-term side-effect, and 37% reported depression as a long-term side-effect. 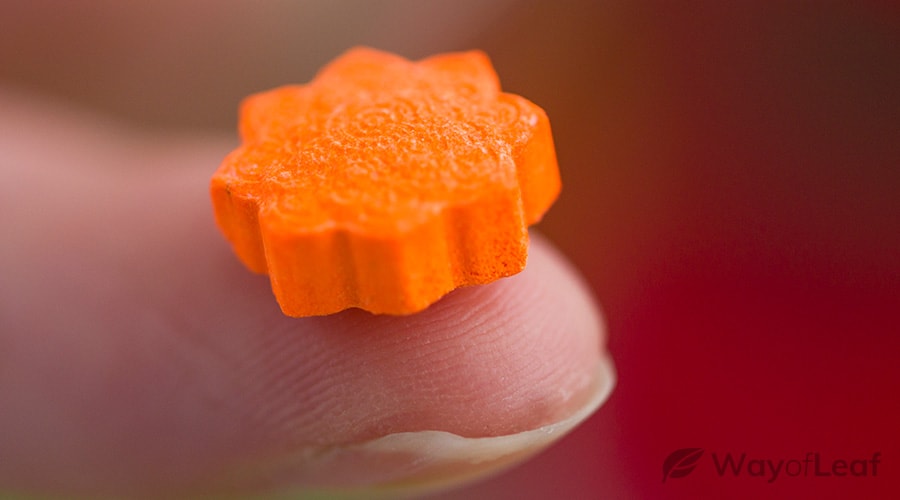 One longitudinal study showed that frequent users of MDMA were more likely to have a history of pre-existing mental health diagnoses.

Biology of MDMA and Depression

Inside the brain, MDMA increases the release of neurotransmitters from nerve cells called monoamines; these include norepinephrine, dopamine, and serotonin.

MDMA also blocks the reabsorption of serotonin, leading to a greater concentration of serotonin available to affect the brain. Serotonin actions play an essential role in mood and emotion. Hence MDMA’s effects include an uplift in mood, giving rise to its nickname ecstasy.

Because serotonin isn’t reabsorbed following MDMA use, nerve cells can’t release as much serotonin as usual when the drug wears off. This reduction in serotonin likely leads to the come-down effects.

Some evidence suggests that MDMA can cause permanent damage to serotonin-producing nerve cells.

Some evidence suggests that MDMA can cause permanent damage to serotonin-producing nerve cells. As depression is associated with low serotonin levels, serotonin neurotoxicity may explain why MDMA could cause depression.

Experiments that have given rodents and primates repeated MDMA showed decreased serotonin activity up to 3-months following their final dose. However, this evidence isn’t robust since the repeated high doses given in these experiments do not match the pattern of use in humans. Furthermore, although there is an association between low serotonin and depression, the link between the two remains unclear.

There is also an association between depression and high levels of a hormone molecule called cortisol, which increases with stress. Because MDMA increases cortisol, some researchers have suggested that MDMA-induced increases in cortisol in users could increase the risk of depression.

Does MDMA Cause Anxiety?

As well as low-mood, people can also feel anxious during a come-down following MDMA. Similar to depression, these effects on mood are often short-term.

However, one case study reported a man with no history of mental health issues who developed prolonged symptoms of anxiety and panic attacks following a single dose of MDMA.

As high cortisol levels have also been found in adults with anxiety disorder, MDMA could also induce anxiety by increasing cortisol.

Can MDMA Be Used to Treat Depression or Anxiety?

Although some researchers have theorized MDMA could cause or increase the risk of anxiety and depression, there is also evidence to suggest it could rather offer a treatment solution to these disorders.

One recent experiment investigated the effects of MDMA-assisted therapy – taking MDMA in a controlled setting with a therapist – in people with life-threatening illnesses.

What are the options?…

The patients had three therapy sessions with or without MDMA and then a questionnaire test to determine their levels of anxiety relating to their illness. The results showed that patients who had MDMA therapy had lower anxiety levels one month following their last therapy session than patients who didn’t have MDMA.

People with anxiety disorders show hyperactivity in the amygdala, a brain region associated with responding to fear and stress. Brain imaging studies have demonstrated that MDMA can decrease amygdala activity. Through this mechanism, it may be able to reverse symptoms of anxiety.

Researchers are increasingly exploring MDMA therapy as a treatment for post-traumatic stress disorder (PTSD). A repeated finding from these studies is that MDMA can help decrease symptoms of depression in PTSD patients.

Depression can commonly occur following traumatic events. As MDMA helps patients openly talk about their traumas during therapy, using MDMA could aid patients to investigate better and understand some of the root psychological causes behind their disorder.

Whether or not long-lasting depression and anxiety are implicated from taking MDMA is unclear. However, there are certain risks that people curious about using MDMA should be made aware of. These include: 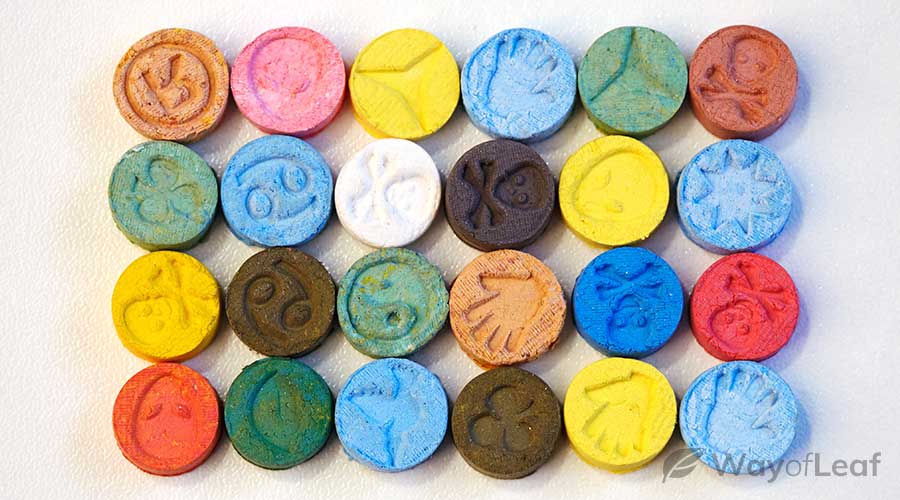 Hyperthermia is when the body’s temperature increases to dangerously high levels. MDMA increases the body’s core temperature and is commonly taken in party environments that can be hot and crowded, with users heating from dancing.

These combined effects increase the risk of overheating, increasing the risk of organ failure and death in severe cases.

Hyponatremia is when there is too little sodium in the bloodstream. Sodium regulates the levels of water in the body, and when there isn’t enough sodium compared to water, this can have dangerous toxic effects and even cause death.

MDMA causes people to retain more water in their bodies than usual and often makes them thirsty.

MDMA causes people to retain more water in their bodies than usual and often makes them thirsty, especially when taken in party environments. These combined effects can lead to hyponatremia.

With MDMA in the form of ecstasy pills, there is a risk of contamination with dangerous chemicals. For example, some ecstasy pills contained PMA, a drug with similar effects to MDMA, but toxic at much lower doses. The high toxicity levels of contaminant drugs in ecstasy pills increase the risk of overdose.

Because MDMA increases the amount of circulating serotonin in the body, when people take MDMA alongside antidepressant drugs, such as SSRIs (which also increase serotonin levels), this can lead to toxic effects from serotonin overload known as serotonin syndrome.

Serotonin syndrome can lead to seizures, cardiac problems, and even induce comas.

Final Thoughts on MDMA for Anxiety and Depression

In this article on MDMA for anxiety and depression, we looked at the latest research to see if MDMA could be of benefit for these two disorders. Whether or not MDMA causes or helps to solve anxiety and depression is unclear, but an essential factor to consider is the contexts in which users take MDMA.

Taking MDMA in a controlled setting, under the guidance of a trained therapist, is more likely to have a positive effect. Meanwhile, taking MDMA at unknown doses in a nightclub setting where users are more likely to drink alcohol and not sleep creates a higher risk for having a come-down or other adverse effects.

If you’re planning on using MDMA for recreational or therapeutic purposes, it’s essential to be aware of the risks and how to reduce them.

From nature to neuroscience