So, how does it work, and is it really as effective as it seems? In this guide, we aim to answer these common questions and more.

Read on to learn all about MDMA and PTSD.

MDMA for PTSD: How Does It Work?

Before we delve into the research on MDMA and PTSD, we’ll briefly explain what PTSD is and how it affects the brain. We’ll also provide a brief overview of how MDMA works and why it could potentially help.

As its name suggests, PTSD develops following a traumatic event. This could be a frightening situation, where an individual’s life is under threat. It could also be a shock, such as the sudden death of a loved one or witnessing a distressing incident. 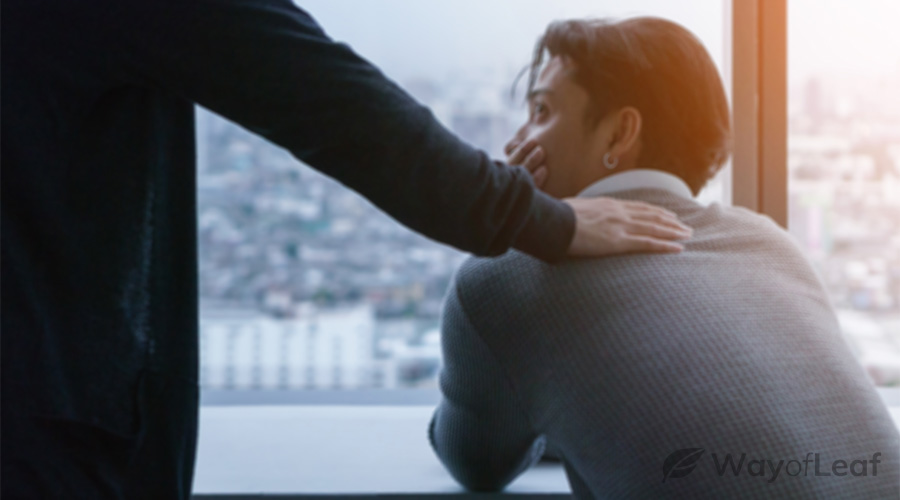 In these situations, the nervous system switches into ‘fight or flight’ mode. The body floods with the stress hormones cortisol and norepinephrine. These chemicals trigger various physiological changes that enable split-second decisions and swift action. The aim is to enhance an individual’s ability to defend themselves against a threat.

Once the danger passes, the body should gradually return to normal. It is common to transition through a range of emotions and physical sensations before returning to baseline during this period. However, in PTSD, the nervous system becomes disrupted, causing lasting effects.

It appears that PTSD decreases the overall volume of the hippocampus. It also increases amygdala activity while reducing prefrontal cortex function. PTSD may also cause abnormal responses to cortisol and norepinephrine, and other neurotransmitters, like serotonin.

These changes can cause various symptoms that significantly impact a person’s life. They may include:

Doctors might prescribe antidepressants to help relieve some of these symptoms. However, the first-line PTSD treatment is psychotherapy. So, where does MDMA fit in?

How MDMA Could Benefit PTSD

MDMA is short for 3,4-methylenedioxymethamphetamine. Scientists first synthesized the substance in 1912, but it was not until the 1970s that they began exploring its psychoactive properties.

Following this, it became a popular recreational substance. This led to its addition to the list of Schedule I Controlled Substances in 1985. Since then, most research into MDMA has focused on its potential risks. Only in recent years has its potential as a treatment for PTSD come to light.

The drug has a similar structure to mescaline, the primary active compound in peyote. Therefore, some people classify MDMA as a psychedelic. However, it is more accurate to call it an ’empathogen’ or ‘entactogen.’ These are substances that induce a state of emotional openness or increased sensitivity.

MDMA works by raising the levels of several neurotransmitters in the brain. It primarily influences serotonin and norepinephrine, although it also acts upon dopamine to a lesser extent.

It affects several brain regions, including the amygdala, hippocampus, and anterior cingulate cortex.

It also appears that MDMA raises levels of oxytocin, the hormone associated with bonding and relationships. This, in turn, helps to decrease amygdala activity and reduce feelings of anxiety.

Therefore, MDMA may be especially helpful for people with PTSD as an adjunct to psychotherapy. Scientists have hypothesized that it could provide the following benefits:

Phase 2 clinical trials on MDMA-assisted psychotherapy for PTSD were so promising that the FDA designated it a Breakthrough Therapy in 2017. This status ensures that FDA approval for the therapy is expedited.

Let’s look at some of the most significant studies so far.

A 2018 review summarized the results of six Phase 2 MDMA for PTSD clinical trials. It found that, of the 105 patients involved, there was a 66.2% remission rate. There was also a low risk of adverse effects, with the most common including:

Some patients also experienced reactions such as memory impairment, depressive or confused thoughts, and sleep disturbances. It appears that MDMA use can reduce serotonin transporter levels in the brain, potentially explaining these effects. However, the FDA considered the benefit to risk ratio to be acceptable.

Related article
Psychedelics and PTSD: Which Options Are the Most Promising?

The authors of the review concluded:

There are several ongoing MDMA PTSD trials at the time of writing, for which the results are pending. One is a Phase 3 trial investigating MDMA-assisted psychotherapy, while another aims to assess how MDMA affects activity in the amygdala and prefrontal cortex.

We will provide updates on the results of these studies as they become available.

Anyone interested in MDMA as a PTSD treatment may be wondering how to use it most effectively.

First and foremost, it is essential only to undergo MDMA treatment for PTSD in a controlled clinical setting. All of the research points to MDMA being useful as an adjunct to psychotherapy, not a standalone treatment. 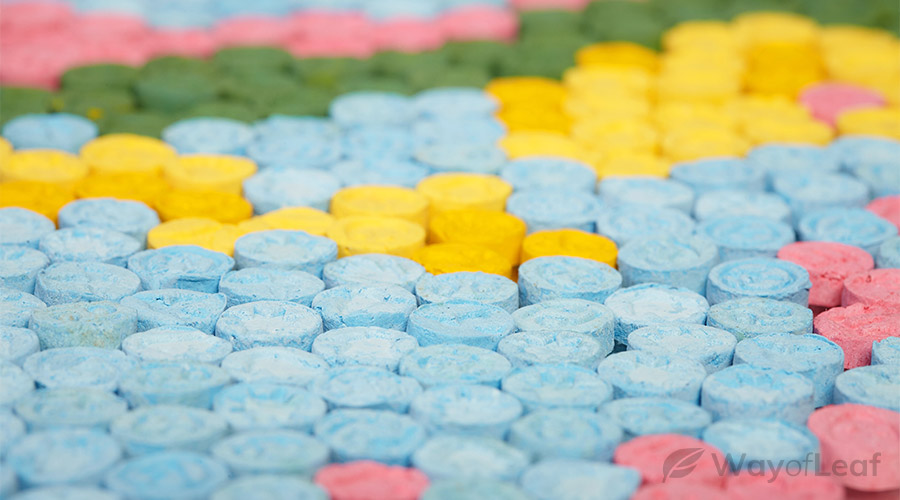 In the above review, patients participated in an average of 15 psychotherapy sessions, only 2–3 of which involved MDMA. Although the substance appears to act as a catalyst, much of the benefit was likely from the therapy rather than the drug.

Furthermore, when dealing with a serious condition like PTSD, it is critical to receive support from a well-trained professional. Therefore, we do not recommend that individuals attempt to self-medicate with MDMA for PTSD.

It is also important to understand that MDMA is still a Schedule I substance and illegal in most circumstances. We recommend that individuals hoping to use MDMA to treat PTSD look for ongoing clinical trials in their area.

As well as having the skills to deal with any issues that arise, they should understand the importance of set and setting for the sessions. The therapist should also be highly empathetic and client-focused.

Unfortunately, it may not be easy to find a therapist that fulfills all of these criteria at present. However, we expect to see them becoming more widespread soon.

MDMA therapy is not a quick fix for PTSD. It involves a high degree of commitment from the patient and a willingness to undergo therapy in addition to using the substance.

However, research does suggest that those who undergo MDMA-assisted psychotherapy for PTSD may experience significant benefits.

It could help to build a stronger relationship between the patient and therapist, leading to better outcomes than therapy alone.

Unfortunately, MDMA-assisted therapy is not yet widely available. Therefore, we encourage anyone interested in using MDMA for PTSD to apply for an ongoing clinical trial in their area.