Lysergic acid diethylamide (LSD) is a potent psychedelic with a turbulent past.

Soon after its discovery, numerous studies demonstrated its potential benefits for a wide variety of conditions. These included anxiety, depression, addiction, and pain, to name just a few. However, the drug became illegal in the 1970s, and research ground to a halt.

In recent years scientists have found a renewed interest in LSD’s therapeutic effects. Among many other subjects, they are investigating LSD microdosing for pain. Experts suggest the substance could provide long-lasting pain relief, even in low, non-hallucinogenic doses.

Here’s all you need to know.

The Swiss chemist Albert Hoffman first synthesized LSD in 1938 and discovered its psychoactive properties soon after. Following this, researchers began to study its benefits for a range of different conditions. The drug showed great promise, especially for treating psychiatric disorders and addiction.

However, it was not long before LSD’s psychedelic effects caught recreational users’ attention. The drug’s popularity soared throughout the 1960s, leading to its subsequent prohibition in 1970. The Controlled Substances Act classified LSD as a Schedule I Substance, with no medicinal use and high abuse potential. 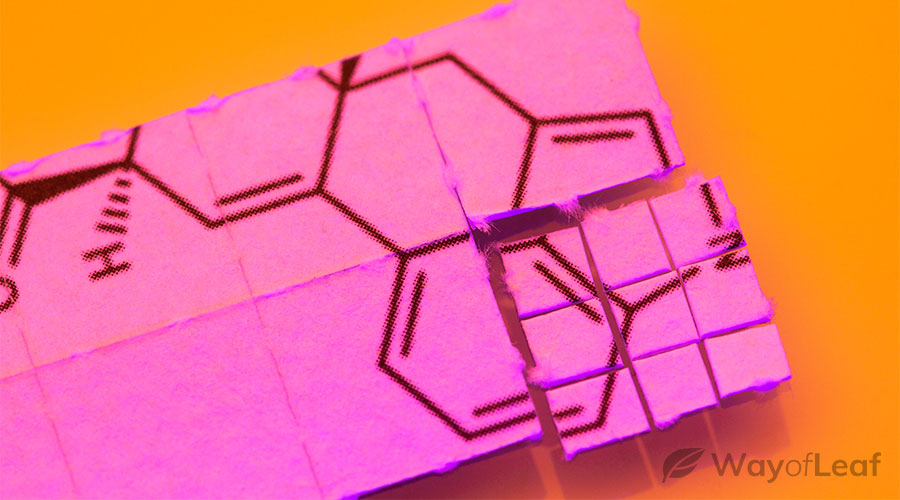 Sadly, psychedelic research ceased, although many continued to use these drugs illegally.

Throughout the 70s and 80s, substances like LSD became synonymous with their hallucinogenic effects rather than therapeutic benefits. However, in recent years, there has been a gradual shift in how people use psychedelics. Many are turning away from full-blown ‘trips’ and toward the practice of microdosing.

Microdosing LSD and other psychedelics involves taking a dose far lower than that required to produce hallucinogenic effects. A typical microdose could be 5% of a recreational dose or even less. This amount is taken regularly according to a fixed schedule, often once every three days.

The practice’s current popularity seems to stem from The Psychedelic Explorer’s Guide, a book by Dr. James Fadiman. Since the book’s publication in 2011, both scientists and the public have become interested in the potential of microdosing. One 2019 study describes the key benefits as follows:

So, how about microdosing LSD for pain? Let’s take a look.

Research from the 1960s suggested that LSD could produce analgesic effects.

For example, one 1964 study found the drug provided longer-lasting and more effective pain relief than the opioids meperidine and dihydromorphinone. However, the study involved high doses of LSD, producing potent psychedelic effects that would make it unsuitable for everyday use. Unfortunately, many of the studies conducted during the 60s followed a similar pattern.

More recent research into psychedelics for pain is scarce. However, one 2017 survey investigated the effects of self-administered psychedelics on cluster headaches and migraines. These two debilitating disorders are notoriously difficult to treat, driving some patients to self-medicate with psychedelics as a last resort.

The results suggested both LSD and psilocybin (the psychoactive component of magic mushrooms) effectively prevented headaches and relieved acute attacks. Although the study’s focus was not on microdosing, the authors found some users took sub-psychoactive doses to avoid intoxicating effects.

Despite this growing interest, it was not until 2020 that the first study specifically on LSD microdosing for pain emerged.

Research on LSD Microdosing and Pain

The research was led by Johannes G. Ramaekers and published in the Journal of Psychopharmacology. It investigated the effects of low-dose LSD on pain in 24 healthy volunteers.

The participants took varying LSD doses (5, 10, or 20 mcg) or a placebo in four separate sessions, several days apart. The researchers then tested the subjects’ pain tolerance by asking them to place their hand in a container of cold water.

The subjects were able to remove their hand from the water once the pain became unbearable. If they did not remove their hand by the 3-minute mark, the researchers asked them to stop. They performed the test 1.5 hours and 5 hours after taking the LSD. Results showed that after using 20 mcg of LSD, volunteers were able to keep their hands submerged approximately 20% longer.

This suggests that the LSD had increased their pain tolerance. These changes were maintained up to 5 hours after administration, and they may have lasted even longer. However, the researchers did not test pain tolerance beyond this point.

Although the participants did not have a full psychedelic experience, there were some side effects after taking the LSD. They included slight increases in blood pressure and increased dissociation, anxiety, and somatization (physical symptoms in response to psychological distress).

The authors of the study concluded: “The present study provides evidence of a protracted analgesic effect of LSD at a dose that is low enough to avoid a psychedelic experience. The present data warrant further research into the analgesic effects of low doses of LSD in patient populations.”

How Does LSD Microdosing Work for Pain?

It is unclear exactly how microdosing LSD helps to increase pain tolerance. However, there are several theories.

One is that the psychological changes that LSD produces provide a distraction from sensations of physical discomfort. Another is that it brings about a state of self-transcendence, similar to meditation. As the researchers explain this phenomenon, “no self, no pain.” 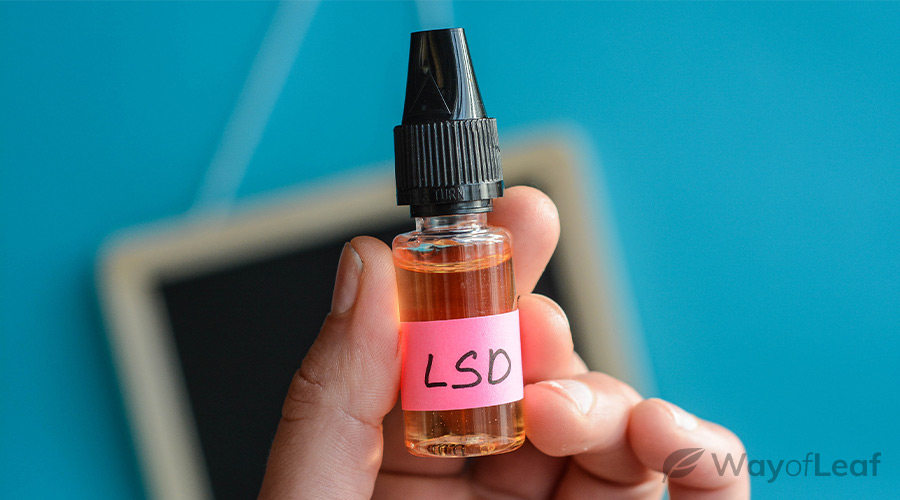 Another suggestion is that LSD could reduce pain by increasing blood pressure since there appears to be a link between the two. However, until more evidence emerges, this is all just speculation.

What we do know is that LSD acts on serotonin receptors in the brain.

Serotonin is a neurotransmitter and has many crucial functions within the body. It is probably best known for its ability to influence mood, explaining many of LSD’s psychedelic effects. However, it also affects pain perception and processing at multiple levels throughout the nervous system.

We hope to see more research in the future that will help us better understand the potential of LSD as a painkiller.

Microdosing psychedelics is a relatively new practice, and there is little research on the subject. However, early studies suggest low doses of LSD could increase pain tolerance, with long-lasting effects. Therefore, we expect to see more evidence emerging soon.

We hope that this article has been informative and shed some light on the subject of LSD microdosing for pain. We remind our readers that psychedelics are illegal in most places, and individuals should familiarize themselves with their local laws.

Related article
What is Microdosing Mushrooms – And What Does It Do?

0
4 min read
Approved
Datura Stramonium: Is It a Hallucinogen?

0
5 min read
What Are Psychoactive Drugs?

0
5 min read
Approved
How Do I Choose an Ayahuasca Retreat Center? [Explaining the Process]

0
5 min read
MDMA and PTSD: What the Science Shows

0
5 min read
Approved
Psilocybin for Addiction [Can It Help?]

0
4 min read
Approved
Psychedelics and PTSD: Which Options Are the Most Promising?

0
4 min read
Approved
Is Ayahuasca Legal in the US? [What the Laws Say]