Lysergic acid diethylamide (LSD) is a powerful hallucinogen that may cause a range of physical and psychological effects. This in-depth guide will explain what this drug is, how it affects the body and brain, and its positive and negative effects. We’ll also put some common misconceptions under the microscope to separate fact from fiction.

Most people classify LSD as a hallucinogen or psychedelic drug. This means that it may cause a range of effects, including altered perception, sensory distortion, and heightened emotions. For some individuals, LSD facilitates personal or spiritual growth, illustrating its therapeutic potential.

Swiss chemist Albert Hofmann synthesized LSD in 1938 while experimenting with a rye fungus known as ergot (Claviceps purpurea). According to Hofmann, the new substance “aroused no special interest in our pharmacologists and physicians; testing was therefore discontinued.”

However, in 1943, Hofmann revisited the substance and accidentally got a drop of it on his skin, which led to him discovering its psychoactive properties. The effects that followed took Hofmann by surprise, leading him to research the substance rigorously. 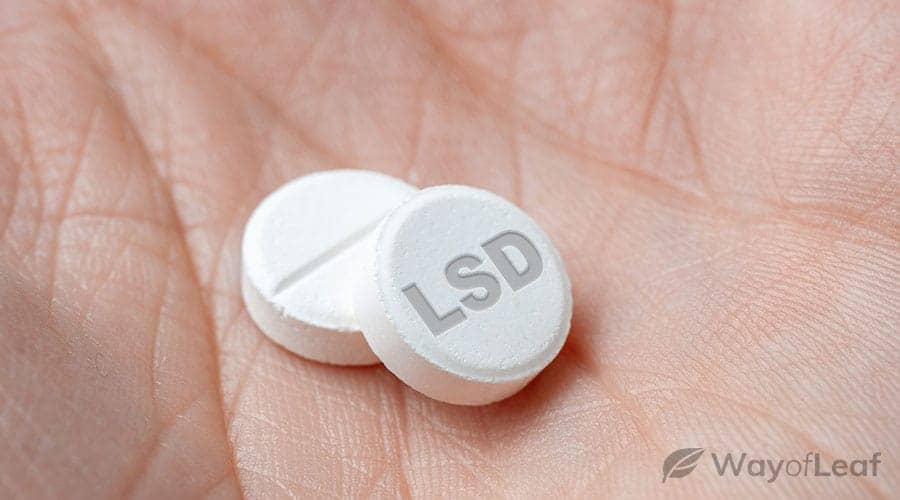 Throughout the 1950s, a pharmaceutical company called Sandoz supplied free samples of LSD (under the brand name Delysid) to many researchers, trying to understand the therapeutic potential in both healthy subjects and those with psychiatric issues. Initial results suggested that it could provide a range of benefits for conditions such as depression, anxiety, and addiction.

During the 1960s, LSD became famous as a recreational drug and contributed significantly to the counterculture movement. Anti-drug campaigners demonized it, and, in 1970, it became a Schedule I Controlled Substance. Opponents of LSD drug use suggested that it caused madness, flashbacks, and horrific experiences known as ‘bad trips.’

So, how much truth is behind these claims? Let’s take a closer look.

What Does LSD Do?

LSD has a similar chemical structure to the neurotransmitter serotonin. This similarity allows it to bind with serotonin receptors in the brain and induce a range of physical and psychological effects.

LSD is believed to stimulate serotonin production in the cortex and deep structures of the brain, resulting in an increase in stimuli production. However, as with all psychedelic substances, the exact mechanism on how the receptor interaction results in psychoactivity remains poorly understood.

LSD is believed to stimulate serotonin production in the cortex and deep structures of the brain.

But as technology continues to advance, so does our understanding of these peculiar substances. Modern imaging studies have shown that LSD alters cerebral blood flow and electrical activity. It also influences the way neurons (nerve cells) communicate with one another. These changes cause the classic LSD effects, which include:

These effects can vary significantly from person to person, and each experience tends to be unique. Various factors have an impact, including dosage, one’s frame of mind while ingesting, and where the trip takes place. This is traditionally known as “set” and “setting.”

What Are the Dangers of LSD?

When it became illegal, there was much publicity surrounding the dangers of LSD. However, most experts now agree that the drug is relatively safe when taken responsibly.

Perhaps the biggest problem is the risk of having a bad trip. This term describes an overwhelming experience during which the user may feel fearful or out of control. Although it can be a terrifying experience, these effects are usually temporary and fully reversible.

It is possible to minimize the chances of having a negative experience by preparing well before ingestion. To learn more, read our complete guide Preparing for a First Psychedelic Trip.

Side Effects of LSD

Many people find their experience with LSD to be positive overall. However, some unpleasant LSD side effects may occur in some individuals. We have summarized them below:

Negative Side Effects of LSD

Signs of LSD Use

There are also a few physiological signs and symptoms of LSD use. The most common include:

It is not common for people to overdose on LSD, although it is not impossible. A 1974 report detailed the case of eight people who took a massive LSD dose after mistaking it for cocaine. Their LSD overdose symptoms included:

All of the individuals involved made a full recovery after hospital treatment.

There is plenty of conflicting information regarding LSD’s safety. There are also some common myths that we would like to dispel. Let’s take a look at these claims and whether there is any truth in them at all.

One of the most common LSD myths is that it causes insanity. While this is not strictly correct, there may be a grain of truth behind it.

Fact: LSD May Help Some Psychiatric Conditions but Worsen Others

The first of our LSD facts concerns its impact on psychiatric disorders. While some evidence suggests that it can help certain mental health conditions, it may exacerbate others. Therefore, people with personal or family histories of psychiatric disorders, especially psychosis or schizophrenia, should avoid using LSD.

One of the biggest scare stories about LSD is its propensity to cause flashbacks. Some say that this is due to the body storing the substance and releasing it gradually over time.

Fact: LSD Can Cause Lasting Changes in the Brain

Although it is rare, LSD can cause a condition called hallucinogen-persisting perception disorder (HPPD). It mainly involves the recurrence of visual disturbances after using LSD. Although the exact mechanism of HPPD is unclear, it is not due to the drug remaining in the body long-term.

Conversely, not all lasting effects of LSD are harmful. Many people gain profound insights during their experiences that allow them to make long-term positive changes in their lives.

Myth: LSD Is Often Contaminated with Strychnine and Other Toxins

Many people believe that LSD frequently contains the rat poison strychnine or other contaminants such as methamphetamine. This is likely based on a single incident that became exaggerated over time. 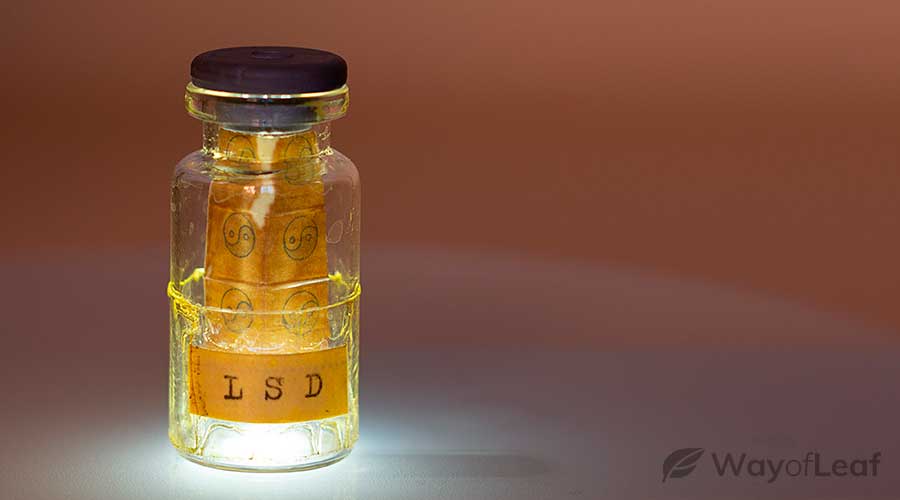 Fact: It Is Advisable to Test LSD Before Ingestion

While the myth is mostly unfounded, there is the possibility that some batches of LSD could contain contaminants. The most common culprits are synthetic psychedelics, known as NBOMes. These chemicals are extremely potent and also potentially toxic.

It is possible to develop a tolerance to LSD, meaning that repeated use leads to reduced effects. Research suggests that this tolerance occurs after just 2–3 days of consistent use. It takes approximately three drug-free days to reset a tolerance. LSD may also cause cross-tolerance with other psychedelics, such as psilocybin and mescaline.

LSD has a half-life of 2–5 hours, meaning that the amount of LSD in one’s system reduces by half during this time frame. Therefore, most individuals should completely clear the substance within a day.

Related article
LSD Microdosing for Pain: Are There Any Benefits?

LSD addiction is not known to be a significant issue. It does not cause physiological dependence in the same way as nicotine, alcohol, and opioids do. However, some people do have a strong desire to take LSD again following a positive experience, leading to repeated use.

There is no evidence of LSD withdrawal symptoms occurring in most cases. Some people may feel fatigued or highly emotional for a few days following ingestion.

LSD has received a lot of bad press over the years. While some examples are based on reality, much information has been twisted or exaggerated by the drug’s opponents. Research is ongoing, but the current evidence suggests it is relatively safe and even beneficial combined with professional supervision or therapy.

Much information on LSD has been twisted or exaggerated by the drug’s opponents.

That said, LSD remains illegal in the majority of places, except for during clinical trials. We do not condone illicit drug use, and this article is for informational and harm reduction purposes only.