Gamma hydroxybutyrate (GHB) is both a naturally occurring and synthetic chemical compound. It’s used medically by doctors in some instances but is more commonly known for being a drug of abuse, used as a “date-rape” drug in cases of sexual assault. We’ve explored the pharmacology, medical uses, and safety risks of GHB below.

Gamma hydroxybutyrate (GHB) is a chemical compound produced in trace amounts inside body tissues, including the brain. More widely, GBH is known as a synthetic drug made in a lab.

GHB was first synthesized in 1960 for use as an anesthetic. However, it was soon withdrawn because of its weak anesthetic effect and several unwanted side effects, including vomiting and seizures.

GHB is still used medically for a few different conditions today, including narcolepsy and alcohol withdrawal disorders. But more commonly, GHB is known for being a drug of abuse and a “date-rape drug” used to manipulate victims. 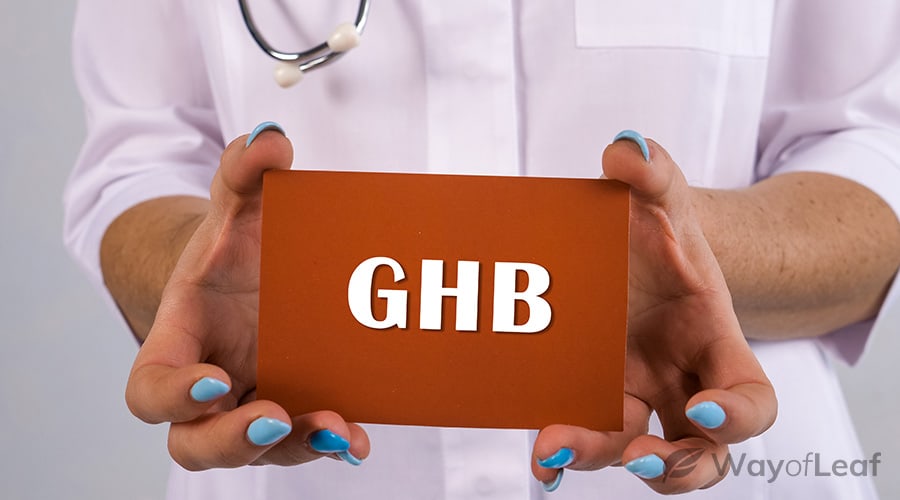 GHB is a central nervous system (CNS) depressant, meaning it slows down activity in the brain. This effect gives rise to the relaxing properties of GHB but also explains why people widely abuse the drug.

Slowing down the nervous system also makes GHB liable to dangerous side effects and drug interactions, especially when taken with other sedative drugs.

GHB is a scheduled substance in the USA, meaning there are strict guidelines relating to its supply, possession, and production. FDA-approved GHB products, such as the medication Xyrem, are Schedule III substances doctors can prescribe. However, other forms are schedule I substances and, therefore, illegal.

In the UK, government officials are actively trying to move GHB from a class C to a class B licensing with the aim of stricter legal penalties decreasing GHB drug abuse.

People widely use GHB as a recreational drug because of its calming, anti-anxiety, and euphoric effects. Its use is most common in younger people aged 15-22, and due to its tendency to increase sociability, users take GHB at raves.

Although the number of people using GHB is relatively low compared to other ‘party drugs’ like MDMA, it has a high addiction rate. GHB abuse has been a problem, particularly in the UK and Europe. For example, between 2008 to 2012, the number of patients seeking help for GHB substance abuse disorder in the Netherlands quadrupled.

GHB substance abuse also causes withdrawal effects when the body becomes dependent on a drug, so physical problems occur when somebody stops taking it, and the body has to re-adjust.

As well as addiction, GHB abuse occurs in cases of rape and other forms of sexual abuse. GHB is a colorless liquid so can be easily dissolved in alcoholic drinks, where it is unknowingly drunk by victims who are less able to fight off abusers while in a sedative state.

GHB interacts with a receptor called GABA-B. GABA-B receptors have an inhibitory effect, meaning that when they are activated, they slow down and switch off several processes in the brain.

This inhibitory effect explains why GHB is relaxing and can help induce sleep. By shutting down and slowing signals in the brain to do with pain, GHB’s inhibitory effects also explain why it can work as an analgesic.

GHB decreases the amount of the chemical messenger dopamine at low doses, but in higher doses increases dopamine concentration in the brain, known as a biphasic effect.

The biphasic effect explains why low concentrations of GHB are often more relaxing and higher doses are more stimulating.

Evidence has also suggested that GHB may enhance the release of natural opioids. Increasing the concentration of opioids may also explain why GHB works as an analgesic, as well as its euphoric effects.

GHB can be produced in the body from the precursor drugs y-butyrolactone (GBL) and 1,4-butanediol (BD). As both GBL and BD have similar effects to GHB, they are also abused recreationally.

Narcolepsy is a medical condition characterized by excessive daytime sleepiness, falling asleep during the day, and disrupted sleep patterns. By helping regulate sleep patterns, among other effects, GHB can improve: 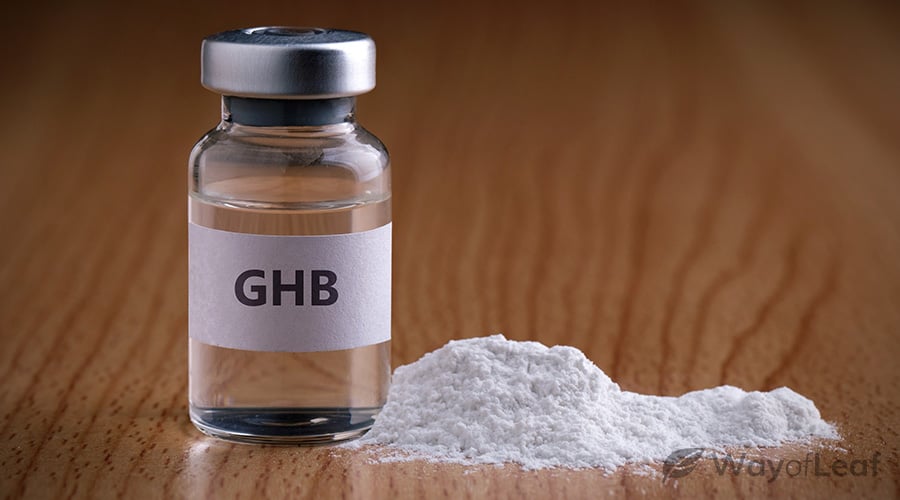 Evidence has also found GHB can prevent the likelihood of relapse in patients recovering from alcohol abuse disorder.

Fibromyalgia is a disorder characterized by excessive tiredness and ongoing pain. A study conducted in 1998 found GHB improved sleep quality, fatigue, and pain in fibromyalgia patients. However, this evidence is limited as the study only had a small sample size of eleven patients.

As well as the positive effects of GHB on managing symptoms of various disorders, evidence has highlighted that GHB may be able to increase growth hormone, a compound that can build muscle and reduce fat. Because of this, bodybuilders have popularly used GHB. However, the evidence is very unclear whether GHB has any effects on increasing muscle.

Harmful side effects of GHB include:

At high doses, GHB can cause comas (see below). Research shows that GHB-induced comas can have long-term effects on brain-related functions, such as memory impairments.

The depressant effects of GHB mean it slows down the respiratory system. Decreasing the amount of oxygen delivered around the body means high doses of GHB can cause body organs to shut down. Lack of oxygen to the brain causes people to become unconscious, which may induce a coma and be fatal.

Signs of a GHB overdose include:

In terms of GHB treatment, there are no specific drugs used to treat GHB overdose, and management involves supporting the recovery of the overdose patient’s cardiovascular and respiratory systems.

Because comatose patients are at high risk of aspiration (accidentally inhaling fluid or objects into the airway), doctors will often perform a Rapid Sequence Induction (RSI) – a method used to protect the airway and help restore breathing.

GHB is a naturally-produced compound and synthetic drug with medical benefits in the treatment of specific conditions. The high potential for addiction and dangerous side effects mean increasing GHB abuse for recreational use is a public health concern.

If you’re worried that either yourself or somebody you know may be struggling with GHB abuse, you can find information about GHB addiction support here.