Written by Natalie Saunders, B.A., LicAc
4 min read
0 comments
Read Later
The following is for informational purposes only. WayofLeaf does NOT advocate the illegal sale, use, or possession of any psychedelics. Be sure to research, understand, and follow all laws and regulations relating to the use and possession of psychedelics in the state or region you live.

Psilocybe cubensis is among the best-known magic mushroom species. It is famous for being easy to cultivate and has probably been studied more than any other variety.

As more people have become involved in growing cubensis mushrooms, many new “strains” have emerged. Golden teacher mushrooms are one of the best-known examples, but a (somewhat outdated) post on shroomery.org lists over 60 more.

Just like the hundreds of cannabis strains on the market, some users claim that these magic mushroom strains have different characteristics and effects. However, others argue that “cubes are cubes,” and any differences are down to variations in cultivation techniques.

Nonetheless, anyone looking to purchase spores for the first time may be overwhelmed by the available choice. That’s why we’ve compiled this guide to some of the most popular shroom strains around.

Please note: Magic mushroom cultivation is illegal in most places, and spores are generally sold for microscopy research only. Furthermore, even the sale of spores is prohibited in California, Georgia, and Idaho. Please research the relevant laws in your area before proceeding.

What Are Cubensis Strains?

There is a great deal of variation within the P. cubensis species.

The mushrooms grow in many shapes and sizes and produce different amounts of psilocybin.

Some are easier to cultivate than others, and some produce larger flushes. Many users even claim that these “strains” produce unique effects, although that is hotly debated. 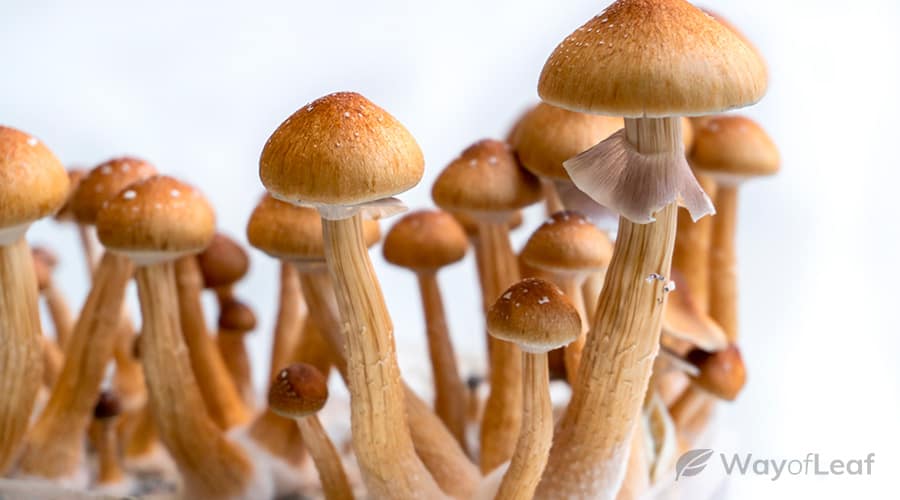 In fact, even calling these mushroom varieties “strains” is slightly inaccurate. This is due to the way that mushrooms reproduce.

While plants can be bred to produce reasonably consistent offspring from generation to generation, mushrooms reproduce more like animals. As a comparison, humans are genetically similar to, but not the same as, their siblings. Likewise, every time you grow mushrooms from spores, you create a unique “strain.”

That said, years of cultivation have made it possible to purchase spores that are more likely to possess certain genetic traits. This is what people mean when using the term “cubensis strains.”

So, what is the best strain of magic mushrooms?

Ultimately, it comes down to personal preference. Some people will prefer a high-yielding, easy-to-grow variety, while others seek a mind-bending trip. Below, we will discuss some of the most popular strains and what makes them so sought-after.

Golden teacher is one of the best-known cubensis strains and is considered very representative of the species. It produces large fruits with thick stalks and is one of the hardiest options for beginner growers. It doesn’t produce huge flushes but makes up for this by retaining much of its weight when dried. These mushrooms have a moderate to high psilocybin content.

The B+ strain has unknown origins, but some believe it features some P. azurescens genetics. It is a fast colonizer and fruits easily, producing abundant, large mushrooms. It is, therefore, considered one of the best options for beginner growers. Its psilocybin content is moderate to high.

The z-strain was reportedly bred in a lab. It is a large and fast-fruiting variety that produces many flushes of mushrooms. It is also very potent, resulting in a long-lasting, intensely visual, and euphoric trip.

These mushrooms should not be confused with Panaeolus cyanescens, a far stronger species also commonly known as “blue meanies.” However, they are still relatively potent as cubensis strains go, producing a long-lasting trip. They are also easy to grow and fruit abundantly, although the fruits themselves are relatively small.

These mushrooms were initially found growing close to the site of Angkor Wat, the famous temple complex in Cambodia. It is thought that ancient indigenous groups may have used them in religious ceremonies. This strain is easy to grow and a fast colonizer, ideal for beginner cultivators. However, it has very potent effects, so the dosage should be monitored carefully.

This strain is named after Psilocybe Fanaticus (also known as Robert McPherson), who developed the famous PF Tek cultivation method. This strain is a relatively slow grower but produces multiple flushes. It is reportedly a good strain for visual hallucinations but may also cause nausea in some.

The exact origins of this strain are unclear. However, it has become popular among beginner growers as it is a very forgiving strain that is relatively resistant to contamination and produces large fruits. It is also milder than other strains, producing a gentle high that will suit those new to psilocybin.

This strain was originally found growing on elephant dung in India. Coincidentally, it produces some of the largest and most potent fruits among the cubensis family. It has an average colonization speed and is reasonably resistant to contamination, making it suitable for patient growers.

Penis envy lives up to its name, producing some of the most phallic mushrooms you will ever see. It is very potent with a fast onset, making it one of the most popular cubensis strains. However, it is not ideal for novice growers as it is low-yielding, vulnerable to contamination, and rarely produces spores.

Mazatapec hails from Mexico and is a hardy strain that is good for beginner growers. It fruits abundantly and, although not incredibly potent, it is said to be very spiritual in terms of its effects.

Originating in the Amazon, this strain first became commercially available from Pacifica Exotica Spora, hence its name. It is a fast colonizer, producing abundant small to medium fruits. It is considered very potent with a long-lasting and spiritually-focused trip.

Burma is one of the fastest colonizing cubensis strains and is not too fussy about growing conditions. It is also considered very potent, producing an intense psychedelic experience. However, some sources suggest the trip is less insightful than some other varieties.

There is plenty of debate online regarding whether one magic mushroom strain is really that different from the next. However, it seems that there is some variation in appearance and growing preferences, at least. 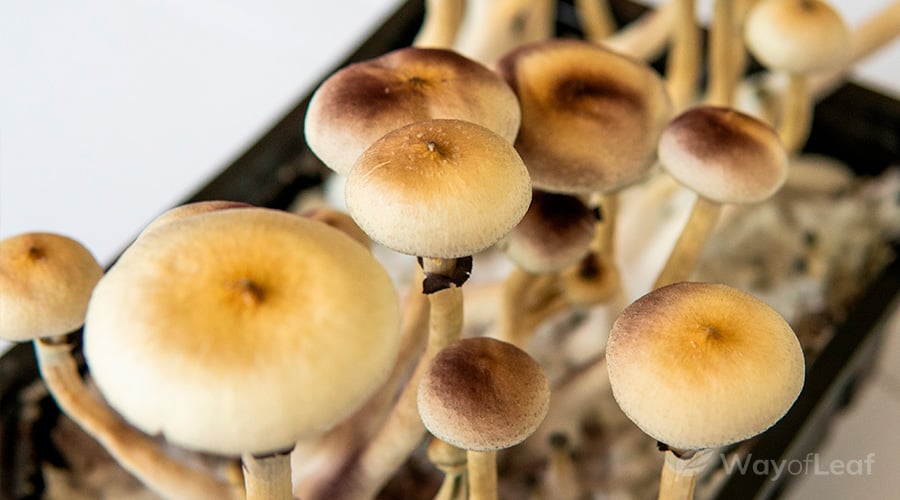 In terms of effects, it could be that some mushrooms are simply more potent than others. Some sources suggest that active compounds other than psilocybin could play a role, but this remains to be scientifically proven.

Other factors are also likely to influence the overall experience, such as dosage, set, and setting. Therefore, we recommend that anyone considering taking magic mushrooms does so in a safe and supportive environment, preferably with professional supervision.

Finally, we do not promote illegal activity, and individuals are responsible for researching the laws regarding cultivation and consumption in their area.