When considering psychedelics, most people’s knowledge extends little beyond their reputation as a Schedule 1 drug. And given their illegal status, it’s hardly surprising that many people make the assumption that psychedelics are highly addictive.

In reality, the relationship between addiction and psychedelics remains much less understood. This is mainly due to the overgeneralization of psychedelic drugs, a lack of long-term research on the topic, and a hazy knowledge of addiction.

In this article, we’ll take a look at the question “Are psychedelics addictive?”, as well as other risks their consumption might pose.

What Are Psychedelic Drugs? [Explanation]

Psychedelics are a class of hallucinogenic drugs that can alter the user’s visual, sensory, and cognitive world when consumed. Despite being fully banned in the US by the Controlled Substances Act in 1970, psychedelics are still popular. The most commonly used recreational psychedelic drugs are:

Research suggests that many psychedelics interact with the serotonin 5-HT2A receptor, found in the body’s central and peripheral nervous systems. Psychedelics act by either partially or fully binding with the receptor. 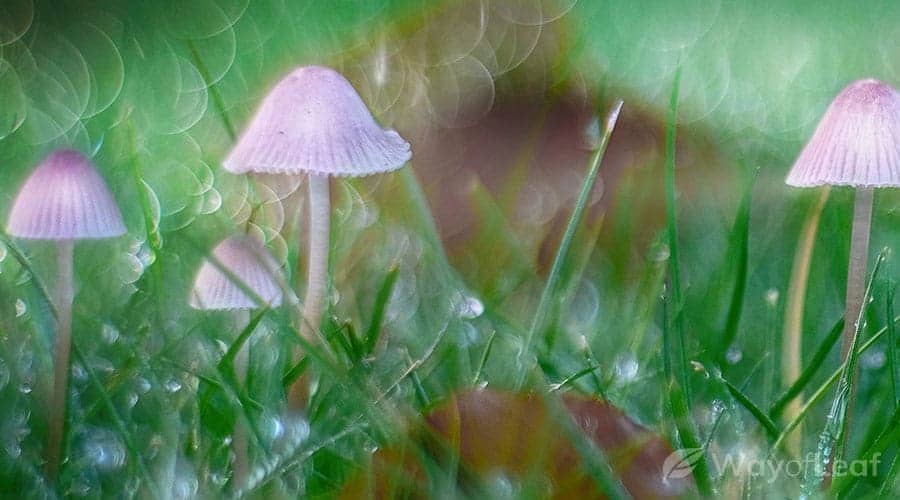 This relationship is intriguing because the 5-HT2A receptor is thought to impact memory, learning, mood, cognition, perception, and more. Many of these impacts may be linked to the physiological effects users experience when consuming psychedelics. Some studies have found that drugs such as DMT, psilocybin, and other classic psychedelics may cause:

It is essential to point out that these are general effects and may differ depending on the drug used, the user, the dosage, and other things.

While studies have elucidated some of the ways psychedelics interact with our physiology, their full effect remains mysterious. For instance, many users believe that the recreational use of psychedelics creates an indescribably spiritual experience that is both elusive yet remarkable.

However, it would be naive to suggest that the recreational use of psychedelics is harmless without further investigation, especially considering their status.

For the context of this article, it’s important to specify a definition of addiction. Unfortunately, this is not as simple as it would seem. The term addictive can be applied to various things, such as social media, caffeine, cocaine, gambling, and alcohol use.

The term addictive can be applied to various things, such as social media, caffeine, cocaine, gambling, and alcohol use.

Obviously, social media and cocaine addiction are thought of as non-comparable, although there is still much to learn about these types of addiction. What separates the two ends of the spectrum is often:

The intensity of addiction is also affected by genetic history, the substance itself, a person’s mental health baseline, and more. All in all, addiction remains a hotly contested topic within different branches of the scientific community.

So, where do psychedelics fit into this spectrum?

Psychedelics and Addiction: Are They Addictive?

Many psychedelic researchers believe that psychedelics are, in general, not addictive. Let’s examine a few of the reasons why.

One theory in support of psychedelics’ non-addictive nature is animal behavior. Research conducted on animal training has shown that animals will not self-administer psychedelics even after positive prompts.

This suggests that animals do not correlate psychedelic-use as a reward. This supports the notion that psychedelics are not addictive.

In contrast, research indicates that psychedelics don’t work in the same way and do not promote dopamine release. Since mesocorticolimbic dopamine plays a significant role in the initiation of addiction, classic hallucinogens, like LSD (which do not release dopamine) are unlikely to cause dependence. In fact, research suggests they may actually aid in addiction recovery, at least when used in combination with an appropriate therapy program.

Unlike other drugs such as heroin, it has proved incredibly difficult to overdose on the ingestion of psychedelics. In addition, some research suggests that hallucinogens don’t cause organ damage or neurotoxicity.

Dangers and Side Effects of Using Psychedelics

Here are some of the possible dangers of psychedelics: 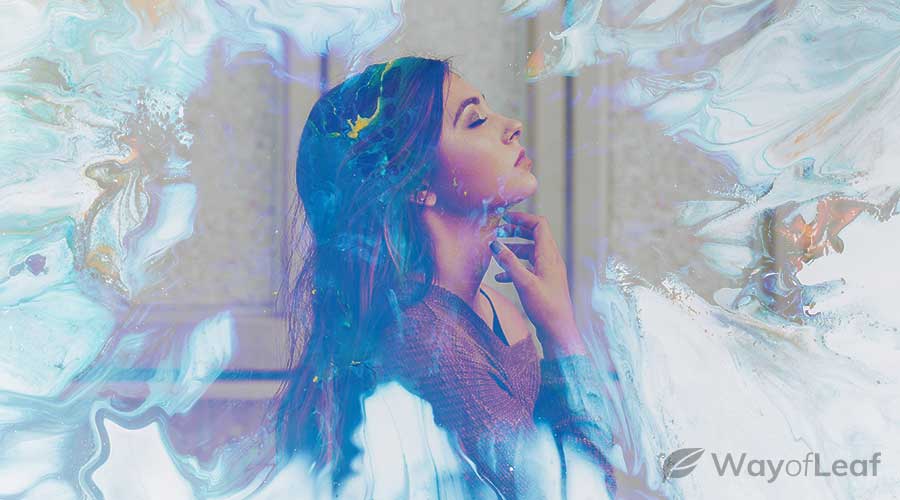 The intensity of these possible effects depends on additional factors, including co-drug use, psychological disorders, dose size, state of mind, and more. However, regardless of the above, caution should always be taken when considering their use.

It’s encouraging to see a revival of psychedelic research in the last 15 years or so. Not only has this produced greater knowledge about the dangers of psychedelic use but also the potential benefits.

One surprising benefit, which has produced a lot of intrigue in the medical world, is whether psychedelics have the power to curb addictions. This may seem like a disingenuous u-turn from the current topic of addiction to psychedelics.

Researchers are currently investigating how hallucinogens could help addictions, and the results have been promising.

However, researchers are currently investigating how hallucinogens could help addictions, and the results have been promising. Much of the current evidence centers around psilocybin for tobacco addiction and ibogaine for opioid and cocaine dependence.

Final Thoughts on Psychedelics and Addiction

Firstly, it’s important to remember that much of this article generalizes psychedelic use and effect. While many psychedelics share similar physiological characteristics, each drug is unique and should be treated as such.

Addiction has many shapes and forms and largely differs from each person’s unique biochemistry. And to say psychedelics are addictive or aren’t addictive seems simplistic.

However, given the current research, psychedelic addiction doesn’t appear to be as much of a concern as many other drugs, including many that are available with a prescription. In fact, there seems to be much more interest in studying how classic psychedelics may help overcome addictions in the scientific community.

The recreational use of psychedelics is hardly diminishing, with research suggesting that over 30 million Americans use psychedelics regularly. With this in mind, we hope to provide accurate information so that those who are evidently using it can do so with a safety-first approach.

Related article
Ibogaine for Addiction: Is It Beneficial?