Anadenanthera Peregrina: What Is It?

Anadenanthera peregrina is a psychedelic tree native to northern South America. Indigenous people in the region have used the tree’s seeds to make a hallucinogenic preparation, yopo, for thousands of years. It seems that the drug was prevalent throughout the area during pre-Hispanic times.

In the past, yopo was a crucial part of local shamanic practices but is steadily falling out of favor. But, although it is not as popular as it once was, yopo use still occurs among some ethnic groups.

Like many other hallucinogenic flowering plants, it contains tryptamine compounds, including DMT, 5-MeO-DMT, and 5-OH-DMT (bufotenine). These give it powerful mind-altering effects, and it is most often used by individuals seeking a spiritual experience.

This article explains the history of yopo and the science behind its effects.

What Is Anadenanthera Peregrina?

Anadenanthera peregrina grows wild in northern South America and is cultivated in other areas.

It is a medium-sized tree with thick, corky bark, frond-like leaves, and delicate white flowers. It produces large seed pods, each containing 3–10 flat brown seeds, sometimes referred to as beans.

Indigenous people in the region use these seeds to make a hallucinogenic substance called yopo. It has several other names, including yupa, cohoba, and niopo. The seeds of a closely-related tree, Anadenanthera colubrina, are also used to make a similar preparation known as vilca, huilca, or cebil.

These preparations are usually taken via nasal insufflation as a form of snuff. They are traditionally inhaled through long tubes made from bone or bamboo.

Thanks to yopo, Anadenanthera peregrina became an essential plant of ancient South American cultures. An archeological sample found in a tomb in northern Chile was estimated to be approximately 1200 years old. Furthermore, its use was once widespread throughout northern South America and in the Caribbean.

However, according to a 2011 publication, many people now see yopo as a relic of the past. Nowadays, its use is primarily confined to the Orinoco Basin, including parts of Venezuela and Colombia. Most shamans have either converted to Christianity or retired, meaning hallucinogenic flowering plants like Anadenanthera peregrina are used less frequently.

That said, the tree has several other uses and benefits beyond its psychedelic properties and is still a valuable crop. Let’s take a closer look.

In Brazil, the related Anadenanthera peregrina and colubrina trees are both known as angico. They are important plants for people in the region and have several different uses. 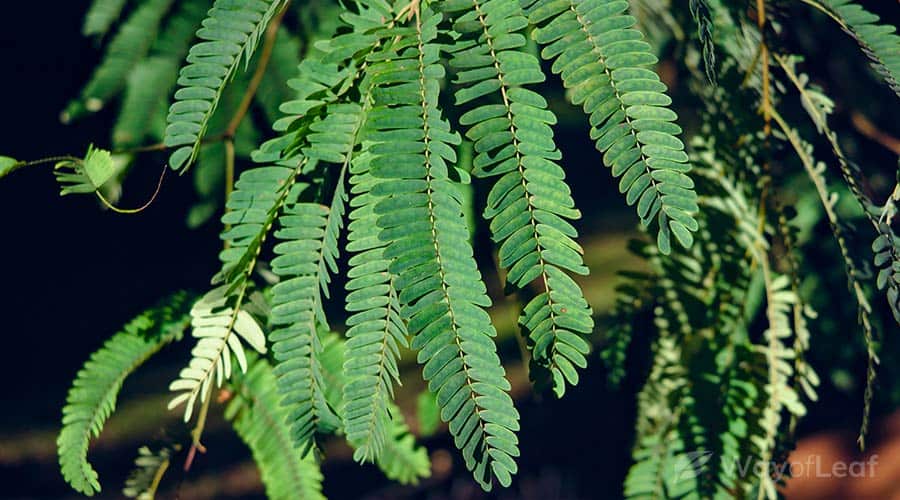 Anadenanthera colubrina wood is strong and can withstand extreme weather conditions, making it ideal for construction. People also use it to make handicrafts and as a fuel source, especially for cooking. Meanwhile, the tree’s leaves, bark, and fruit are used in traditional medicine.

These results confirm the findings of an earlier 2017 study that listed the tree bark’s active constituents as polysaccharides, phenolic compounds, flavonoids, and tannins. Many of these chemicals have potent antioxidant properties, making Anadenanthera peregrina potentially useful as a medicinal plant.

However, little is known about whether the tree contains toxic compounds or its precise effects on human biology. Therefore, far more research is required.

Outside of South America, Anadenanthera peregrina is probably best known for its psychedelic properties.

As we mentioned earlier, its seeds contain various tryptamines, including the potent hallucinogen, DMT, and related substances, 5-MeO-DMT and bufotenine. These chemicals interact with serotonin receptors in the brain to produce a range of mind-altering effects. 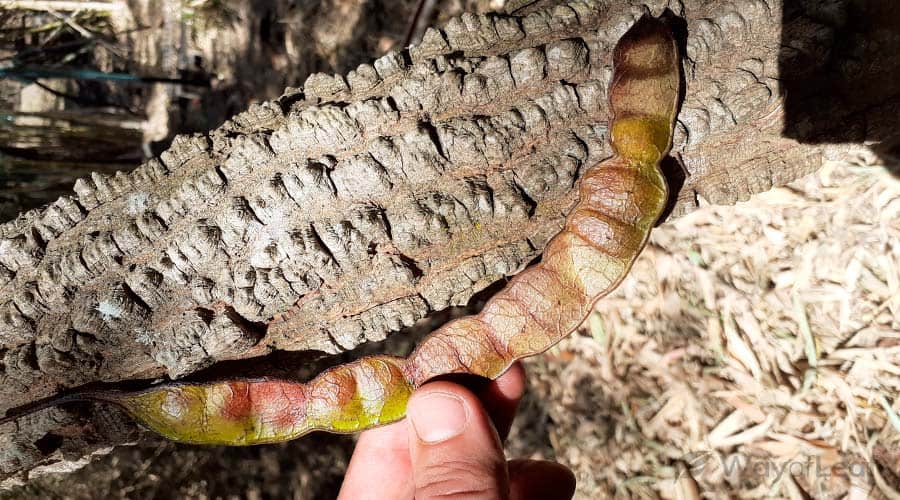 According to a 2011 publication, 5-MeO-DMT is 4–10 times more potent than DMT in human subjects. Furthermore, the body breaks 5-MeO-DMT down into bufotenine, which has an even higher affinity for specific serotonin receptors.

Therefore, in combination, the compounds found in Anadenanthera peregrina have powerful hallucinogenic effects. Humans have been aware of these effects for many years, and they were first published back in 1511. Friar Ramón Pane wrote the report, commissioned by Christopher Columbus.

He stated that those taking yopo would see the room turn upside-down, imagine men walking with their feet in the air, and speak incoherently, believing they were communicating with spirits. These effects began rapidly after inhaling the snuff, which is consistent with modern reports posted on online forums such as Reddit and Erowid.

Many online accounts provide detailed descriptions of the users’ experiences with yopo. Common features include:

The effects generally begin a few minutes after insufflation, lasting approximately an hour and peaking at around 35–40 minutes.

It is also possible to smoke yopo. Doing so is generally thought to provide a faster onset and shorter duration of effects than nasal insufflation.

According to his account, Anadenanthera peregrina seeds are gathered in January or February, when the seed pods turn grayish-black. They are then moistened, rolled into a paste, and roasted gently until thoroughly dried. Next, they are ground on a special wooden board into a grayish-green powder.

The next step involves mixing the powder with an alkaline substance such as lime (from snail shells) or plant ashes. However, this stage is sometimes omitted, suggesting that it is not essential to the process. Online reports also indicate that adding lime is not critical, although some users claim it enhances the experience.

According to some sources, ethnic groups such as the Piaroa of Venezuela consume yopo alongside Banisteriopsis caapi. This plant is also a key ingredient in ayahuasca. It contains chemicals called monoamine oxidase (MAO) inhibitors that slow the breakdown of DMT and 5-MeO-DMT in the body. Consuming Banisteriopsis caapi at the same time as yopo will significantly prolong its effects.

Anadenanthera peregrina is a plant traditionally grown throughout northern South America for various reasons. One of its best-known uses is the preparation of hallucinogenic yopo from its seeds.

Although yopo use is rapidly declining in its native lands, psychonauts worldwide are now becoming aware of its effects. Therefore, interest in the plant is steadily increasing.

However, please note that DMT, 5-MeO-DMT, and bufotenine are controlled substances in most places. Individuals are solely responsible for researching the relevant laws in their area and the consequences of any illegal activity.