2,5-dimethoxy-4-bromophenethylamine (2C-B) is a psychedelic drug based on the chemical structure of mescaline.

As well as effects on emotion, 2C-B has stimulating and hallucinatory properties. Some users have described the 2C-B experience to be like a combination of magic mushrooms and MDMA.

We’ve explained some of the history, dosing, safety, and potential therapeutic uses of 2C-B below.

2C-B: History of the Drug

In the 1970s, the chemist Alexander Shulgin developed several different psychedelic drugs based on the structure of mescaline – the psychoactive ingredient in peyote and San Pedro cacti. These included a family of compounds known as the 2C family, of which 2C-B is the most well-known.

2C-B is based on the structure of mescaline – the psychoactive ingredient in peyote and San Pedro cacti.

A detailed description of Shulgin’s drug discoveries is published in his book PIKHAL: A Chemical Love Story, which can be accessed online via Erowid (see below).

How Long Does 2C-B Last? 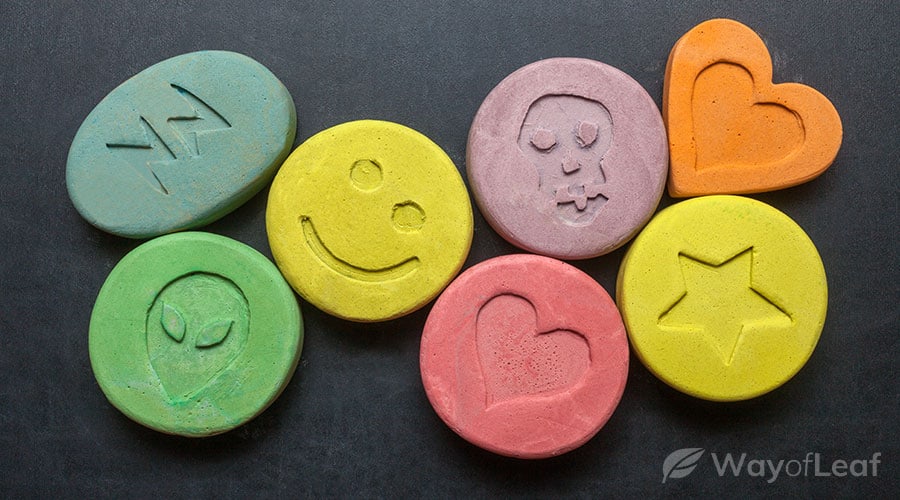 Psychological effects of 2C-B include:

Scientists have suggested the 2C-B mechanism of action may be related to its effects on serotonergic receptors, most notably the 5HT2C receptor. These are proteins in the brain that respond to the chemical signaling molecule serotonin. As serotonin plays an essential role in mood, serotonergic action may explain some of the psychological effects of 2C-B.

Tryptamines, such as LSD and psilocybin activate a type of serotonin receptor called the 5-HT2A receptor, which is responsible for their hallucinatory effects.

2C-B dangers are mainly due to its effects on the sympathetic nervous system. Its effects on heart rate and blood pressure mean 2C-B may increase the risk of hyperthermia (dangerous increase in body temperature) and heart attack. As such, it’s strongly advised that people with pre-existing heart conditions don’t take 2C-B or that people don’t mix 2C-B with other stimulant drugs.

Because of its potential effects on the serotonin system, 2C-B can sometimes make people feel nauseous.

As reported by anecdotal reports, a common 2C-B dose is anywhere between 10-20mg. Smaller quantities (between 5-10mg) tend to have a stimulating effect similar to MDMA, whereas higher doses (above 15mg) tend to be much more psychedelic.

Because the dosage of 2C-B is in the mg range, small changes to the dose can have large effects.

There is no data on 2C-B overdose, but 2C-B dosing experiments on rats suggest doses from 330mg onwards are damaging to nerve cells.

Because the dosage of 2C-B is in the mg range, small changes to the dose can have large effects on the 2C-B experience. In his book PIKHAL, Shulgin states that “over the 12 to 24 mg range, every 2 mg can make a profound increase or change of response.” As such, it’s critical users pay close attention to dosing with 2C-B.

No experiments to date have tested 2C-B as a medical tool. However, because of its similar entactogenic properties to MDMA, it may be similarly able to aid post-traumatic stress disorder (PTSD) treatment by helping control emotional responses during therapy. 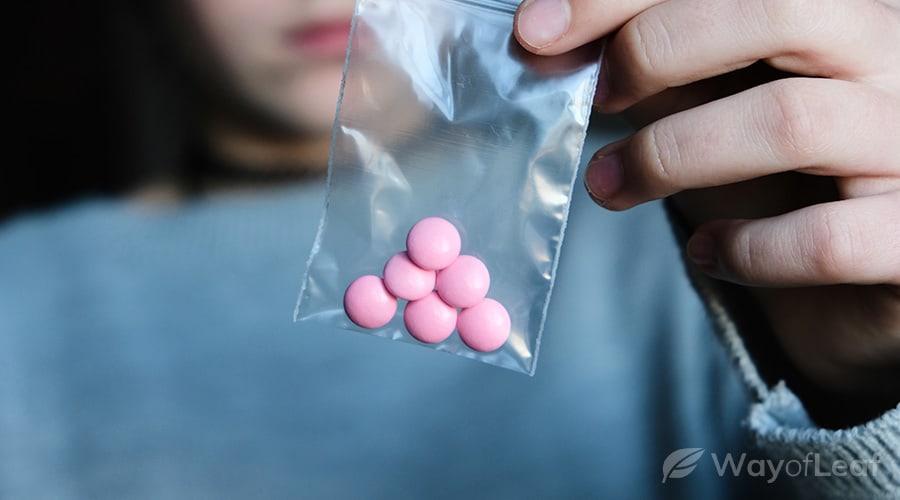 These entactogenic effects of 2C-B could also suggest it may be beneficial in couples therapy. By helping partners in a relationship better understand and sympathize with one another, using 2C-B in a therapeutic setting may help guide improved communication and resolution of conflicts

Evidence has shown that mescaline, which also has similar molecular properties to 2C-B, is successful in treating alcohol substance abuse disorder and relieving symptoms of anxiety and depression.

2C-B may act differently to other psychedelics in the brain, giving it a unique effect. People report positive experiences from taking 2C-B. However, like all psychedelics, it comes with a risk of anxiety and psychedelic crisis. The small dosing range also means dangerous mental and physical side effects are more likely from improper dosing.

Because of its similarity to MDMA and mescaline, 2C-B could potentially aid therapy for psychological problems. However, more research is needed about the safety and long-term side effects of 2C-B first.