By boosting focus and attention, adrafinil has gained traction in recent years as a nootropic. In the liver, adrafinil is broken down into the more well-known modafinil, thought to be responsible for its main psychoactive effects.

Post-development, adrafinil was sold as a prescription drug under the brand name Olmifon to aid wakefulness and mood in the elderly until its discontinuation in 2011. Because adrafinil remains an unregulated drug around much of the globe today, it’s illegal to sell but can be legally bought and owned.

Read below to find out more about the science and benefits of adrafinil.

Uses and Benefits of Adrafinil

Used as a Nootropic

In the body, enzymes break down adrafinil into modafinil. As such, adrafinil shares many of the same neurobiological and subjective effects as modafinil. However, because adrafinil has first to pass through and break down in the liver, its effects take longer to kick in and are generally milder. 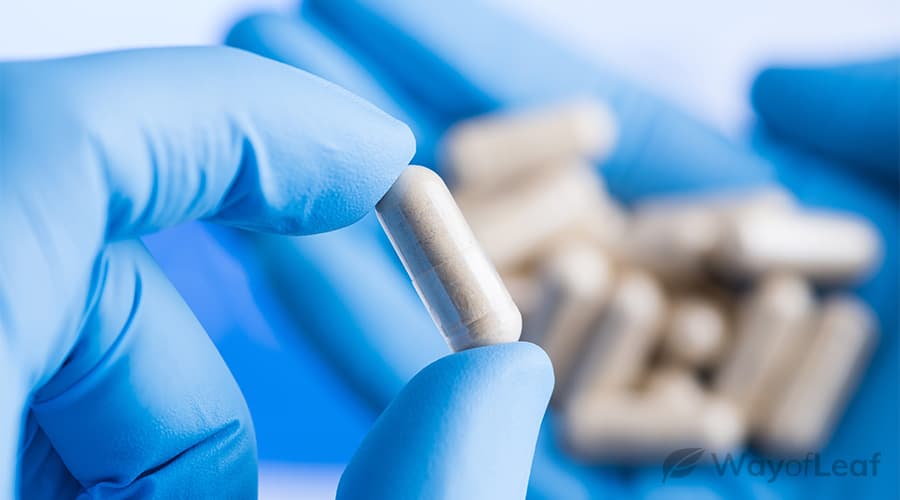 Once broken down, adrafinil increases the action of dopamine and noradrenaline in the brain. These neurotransmitters play an important role in various cognitive functions, including attention, concentration, learning, and memory.

There is limited published human research on the cognitive effects of adrafinil. Still, anecdotal reports suggest that adrafinil is particularly useful for increasing alertness and focusing on tasks for longer than usual.

One review article describes an early clinical trial where elderly outpatients took adrafinil for 90 days. At the end of their treatment, the participants showed significant improvements in a dynamic intellect scale, which measures confusion, attention, concentration, recall, vigilance, and fatigue.

Furthermore, a meta-analysis of 19 different studies into the mental effects of modafinil found that a single dose increased:

In animal studies, adrafinil demonstrates mixed results regarding its cognitive effects. For example, in dogs, adrafinil has been found to increase discrimination learning, but also impair working memory.

Could Have Benefits for Mood

Adrafinil may have an antidepressant effect by increasing the action of serotonin, a neurotransmitter involved in mood and thought to play an important role in depression. Furthermore, adrafinil may help users overcome some of the fatigue and excessive sleepiness that depression patients often experience by increasing energy.

In an open trial, researchers investigated the effects of adrafinil on participants aged 45-88 who had difficulties with attention and mood. After three months of receiving 900 mg adrafinil per day, the participants showed improvements in measures of daily life functioning, anxiety, and depression.

Animal studies suggest adrafinil could be helpful for anxiety and may come without some of the side effects associated with standard treatments.

In a study using modafinil, patients took modafinil plus their standard treatment for 12 weeks. At the end of the treatment, the modafinil group showed improvements in their overall condition. Another modafinil study also found that it helped to improve depression symptoms in patients with bipolar disorder.

There is animal evidence to suggest adrafinil could also be helpful in treating anxiety and may come without some of the side effects associated with standard anxiety treatments. However, there are no published human studies to date.

May Help with Sleep Disorders

Because of its effects on increasing wakefulness, adrafinil may be useful in helping people with sleep disorders characterized by fatigue.

There have been no reported studies on adrafinil and sleep disorders. However, the FDA has approved its active ingredient, modafinil, for the treatment of:

Although adrafinil may help overcome symptoms of sleepiness, it is a stimulant that can impair a person’s ability to fall asleep. Therefore it can both worsen as well as help with sleep disorders.

Could Be Useful for the Treatment of Movement Disorders

In an early French study, researchers investigated whether adrafinil could help patients with ideomotor deficits – difficulties moving their limbs on command. After one month, the group which took adrafinil had significant improvements in motor skills, alongside improvements in mood.

May Improve Symptoms of ADHD

By helping increase mental alertness and focus, adrafinil may be helpful as a treatment for ADHD.

There is no research on ADHD and adrafinil, but several studies have found modafinil helps treat ADHD symptoms. Although modafinil isn’t approved for the treatment of ADHD, doctors sometimes prescribe it as an “off-label treatment.”

Related article
Nootropics for ADHD: How Effective Are They?

Side Effects of Adrafinil

Reported adrafinil side effects have included:

Although highly unlikely, there is a small risk of adrafinil causing ongoing movement problems. In one case report, adrafinil caused somebody to develop abnormal facial movements, which persisted even after they stopped using the drug. Similarly, modafinil caused involuntary movement in a patient after four months of continuous treatment.

Researchers have suggested long-term use of nootropics, including modafinil, might interfere with neuroplasticity, which is the biological process of learning and memory. So although adrafinil may provide short-term improvements in cognition, it’s possible long-term use could have the opposite effect. However, this theory is based mainly on speculation.

Because there are few published studies, it’s unknown which drugs interact with adrafinil and how.

One research experiment in mice demonstrated adrafinil increased the toxic effects of Yohimbe – a herbal supplement used for erectile dysfunction and weight loss. This finding means adrafinil may be dangerous when mixed with other alpha-2 blockers – a class of drugs that share a similar mechanism to Yohimbe in the brain. 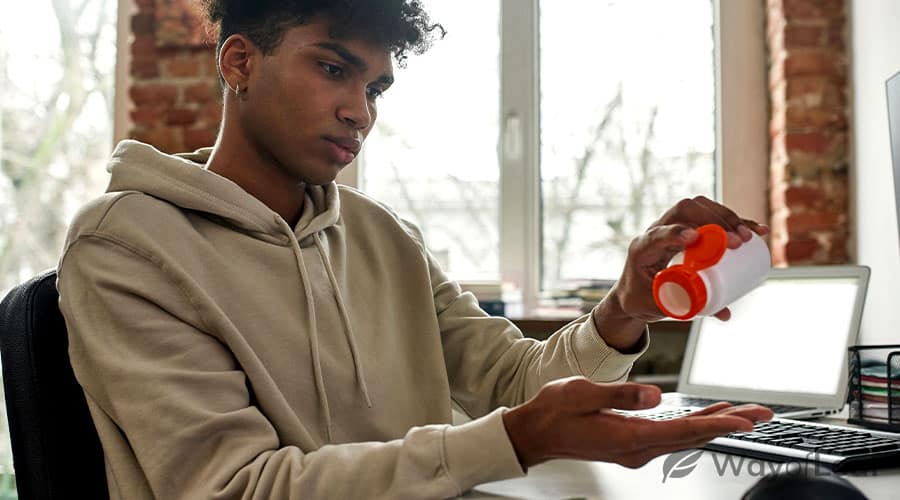 Researchers have found that modafinil interacts with a family of enzymes called cytochrome P450. This effect means adrafinil may also interact with drugs that are broken down by cytochrome P450 enzymes. These drugs include:

There has been no reported case of human overdose with adrafinil to date. However, one study in rats found that the LD50 (the dose which caused death in 50% of animals) was 859 mg/kg. As this value is nearly 150 times greater than an average dose of adrafinil for humans, the chance of a fatal overdose is extremely unlikely.

Doses of adrafinil used in human experiments have ranged between 600-900mg per day, with one dose in the morning and another at noon.

The doses of adrafinil used in human experiments have ranged between 600-900mg per day, with one dose in the morning and another at noon. However, online sources suggest that the nootropic effects of adrafinil can be felt from doses of 300mg upwards.

As with all drugs, we recommend beginning with low doses and increasing the dose in small increments until you find the dose that works best for you.

Adrafinil has the potential to be a useful nootropic that could also help people with disorders characterized by sleepiness and lack of focus. However, because of the lack of published human studies, it isn’t easy to make any conclusions about the benefits and long-term safety.

If you’re interested in using adrafinil, we recommend first consulting with a medical professional as they can provide expert advice suited to your needs.