Medically reviewed by Dr. Ted Valley
Written by Sam Eskenazi, B.A., PGCA
3 min read
18 comments
Video
Read Later
This article may contain links to some of our affiliate partners. These are brands we trust and brands we feel represent the highest quality standards. When clicking links, we may earn commissions to help support our site. Learn more by reading our full disclaimer.

Ever heard of kratom? If you’re like us, you were late to catch wind of this au-natural herb from southeast Asia. For whatever reason, it hasn’t caught on in the ‘mainstream’ the way cannabis has. This is odd, as it’s been around for just as long a period of time.

That said, kratom has certainly seen a spike in popularity in recent years. This is particularly true among opioid addicts. In fact, kratom is irreplaceable for some in their efforts to wean off dangerous drugs (heroin, prescription painkillers, morphine, fentanyl, etc).

But how does kratom (pronounced kray-tum) compare to cannabis? Or more specifically, to CBD? We know of the therapeutic benefits cannabidiol oil can offer in terms of pain management, but some people claim kratom is even better.

In this article, we’ll get into the long-standing discussion of CBD vs. kratom for pain. We will talk specifically about each herb, and look into the function of each. Both influence the central nervous system and pain sensation, so let’s take a deeper look. 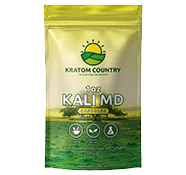 Kratom Country doesn’t disappoint, with its lab tested, fresh, pure, and guaranteed powders and capsules, featuring a plethora of strains to choose from. Their excellence extends further with superb customer service, a loyalty program, and free priority shipping on orders over $75.

(We’ll also discuss negative aspects of kratom, including its potential for addiction/withdrawal). The goal herein is to come to a conclusion in terms of the CBD vs. kratom debate).

Before we can do anything, it’s important to understand that not all pain is the same. This is especially important in understanding why kratom is better than CBD (or vice-versa) for pain relief.

Essentially, pain breaks down into two main types: nociceptive and neuropathic. Nociceptive pain results from physical damage to tissue systems. It is what we think of when we consider something as being “painful” (a cut, burn, broken bone, etc).

In contrast, neuropathic pain is chronic (as opposed to acute). This is pain that arises from the damage, deterioration, or dysfunction of neurons. In the instance of neuropathic pain, the brain receives pain messages even though there is no physical damage to a specific area. This pain is prevalent in chronic disorders like fibromyalgia, neuropathy, and multiple sclerosis.

CBD and kratom are different active molecular compounds. They differ from one another both in how they relieve pain and in what types of pain they can treat. Some say kratom is better at treating nociceptive pain. Others will argue that marijuana (CBD) is better. All in all, treating neuropathic and neurodegenerative conditions is complex, and it is rarely 100% effective without side effects.

What Is CBD from the Cannabis Plant?

CBD (short for cannabidiol) is an active compound in Cannabis sativa L. Cannabis consists of two major varieties: hemp and marijuana. Marijuana is the strain that most associate with “getting high.” This is because of its high levels of THC.

Hemp, on the other hand, contains high levels of CBD and negligible levels of THC. In fact, in order to be hemp, a cannabis plant must have a THC content of 0.3% or less. Most CBD products (oils, edibles, topicals, etc) come from industrial hemp plants. Products made from these plants are legal under the U.S. Farm Bill.

Physiologically, CBD functions by interacting with the endocannabinoid system (ECS). The ECS is a natural, endogenous network of cannabinoids and cannabinoid receptors in the human body. ECS receptors exist in nearly every cell type, which explains CBD’s massive range of uses. In fact, folks use CBD to try and treat everything from anxiety and depression to seizures and chronic arthritis.

Kratom (Mitragyna speciosa), like cannabis, is an all-natural herb that’s native to regions of southeast Asia. Most specifically, it comes from Thailand and Malaysia.

The active ingredients in kratom include mitragynine and 7-HMG (7-hydroxymitragynine). These are alkaloid compounds similar to those found in the opium poppy (morphine, codeine, and thebaine). However, kratom isn’t considered an opiate because its effects are milder than that of the actual poppy plant.

Kratom isn’t considered an opiate because its effects are milder than that of the actual poppy plant.

In terms of strains, most agree that kratom exists in three types: red vein, green vein, and white vein. Many regard red vein kratom as the most potent of the three. It works well as a sedative and general pain-reliever. White vein (Maeng Da) kratom, on the other hand, is more energetic and uplifting. This “strain” is effective for focus and creativity. Green vein, as you might guess, is an intermediate between the two.

Functionally, the active compounds in kratom work as opioid agonists. This means they interact with the body’s network of natural opioid receptors. However, mitragynine (a functional alkaloid in kratom), is milder than most alkaloids found in the opium poppy. Because they are chemically similar in structure, mitragynine produces effects comparable to morphine and codeine.

CBD vs Kratom: Advantages and Disadvantages

Because kratom acts on the body’s opioid receptors, it poses a risk for addiction and withdrawal. This is especially true if one takes it consistently and then abruptly stops. The addiction risk of kratom is a disadvantage in comparison to cannabis (CBD). As you probably know, CBD poses little danger or risk of adverse effects.

That said, the risk for kratom addiction is less severe than the risk other opioid agonists (like morphine) present. (Morphine, of course, is the active component of heroin).

Furthermore, the withdrawal symptoms (which include nausea, sweating, loss of appetite, constipation, and fatigue/sedation) of a kratom/mitragynine addiction are mild compared to full-blown opiate withdrawal. Opiate addiction is life-threatening, and many consider it an epidemic in the U.S.

The major advantage of kratom is in its use as an opiate substitute. Heroin, codeine, and prescription painkiller addicts can use the herb to help them kick life-threatening addictions. It helps thousands of addicts wean off heavy narcotics, and poses far less severe withdrawal effects. In this regard, kratom is likely more effective than cannabis compounds like THC and CBD. This is true in spite of the fact that cannabis is also an excellent alternative to opioids).

To provide an example, someone who breaks a bone would find better pain relief with kratom than they would with CBD.

Is it the same for many pain?

On the flip side, CBD (and cannabis in general) is typically regarded as being more effective for neuropathic pain. Medical cannabis can work great for chronic neurodegenerative conditions like multiple sclerosis and fibromyalgia. It also works well for seizures/epilepsy, and for chronic pain stemming from things like arthritis.

It’s important to mention that users should not take kratom daily because of its tendency to promote tolerance and addiction.

Also, it’s important to mention that users should not take kratom daily. This is because of its tendency to promote tolerance and addiction. A typical/healthy dose of kratom is anything from about 2 to 6 grams, but this is only once every three days. Anything more than that and the body’s tolerance to the active alkaloid compounds is likely to be increased, which will result in an increasing dose needing to be administered in order to render any of the herb’s therapeutic effects (thus drastically heightening the risk for addiction and withdrawal).

CBD, on the other hand, is less prone to tolerance, and is generally very safe to take even on a daily basis.

CBD vs Kratom: Methods of Consumption

The most common/preferred method of kratom consumption is simply stirring the powder into a cup of warm water and drinking it. Unlike cannabis, the active ingredient (mitragynine) does not have to be decarboxylated (heated) in order to be effective. You could technically just measure out about 4 grams of powder and ingest it by itself, but it would be near impossible to swallow. This is why most people mix it in with water.

Other methods of consumption/ingestion include making a kratom tea from the crushed leaves, mixing it into a small amount of yogurt, or stuffing the powder into capsules. Capsules are generally pretty effective in terms of efficient absorption, but they’re time-consuming to make and are actually pretty dangerous because even if you’re only capsulizing 1 gram at a time, the capsules are going to be big and difficult to swallow.

As far as CBD, the most popular method of consumption in recent years is simply administering drops of oil under the tongue, which are then held for about 60 or 90 seconds before swallowing. CBD can be smoked just like regular marijuana, but in order to get the medical/therapeutic effects of the compound without getting high, it would have to be a CBD-dominant strain like Charlotte’s Web, which contains very little THC.

CBD edibles and topicals such as creams and ointments have also proved effective, and are especially popular for arthritis and other forms of joint/muscle pain.

The Bottom Line: CBD vs Kratom for Pain Relief

The bottom line is that kratom seems to be the preferred herb of choice when it comes to acute pain relief from severe tissue damage (i.e. severe injury). Also, most anecdotal evidence claims it to be an incredibly effective opiate substitute, with the potential for painkiller addicts to safely wean off of heavy narcotics like morphine and heroin.

Unlike cannabis/CBD, however, kratom does pose an unfortunate risk of addiction and subsequent withdrawal, even if the effects are much milder than other opiate-receptor agonists. 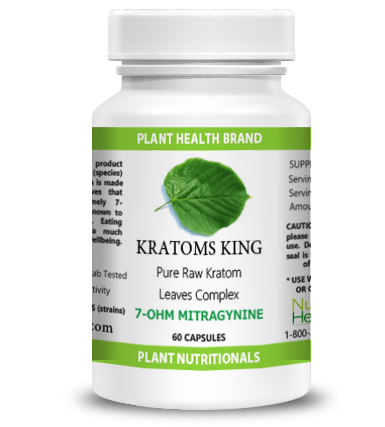 As far as chronic neuropathic pain (pain that originates from nerve dysfunction/degeneration), CBD seems to be the preferred therapeutic remedy. This includes conditions/side effects stemming from rheumatoid arthritis, seizures, fibromyalgia, and multiple sclerosis.

Also, being that it poses virtually no side effects or risk for addiction, CBD is typically regarded as the safer medication in the kratom vs marijuana debate.

All that being said, it’s important to understand that with either of these medications, clinical data is still largely lacking; it’s very important to do your own research and understand that everyone’s chemical makeup is different – while one person might find the therapeutic effects of kratom to be miraculous, another may find them to be entirely non-existent.

Want to learn more about Kratom check out Kratom Country 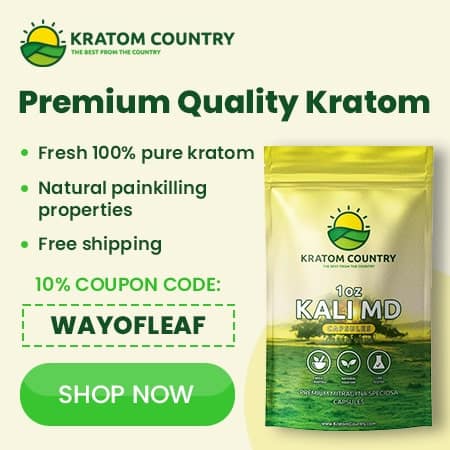 Kratom Country Review: Is This Brand the Real Deal?

Understanding the Different Types of Kratom

Comparing Kratom and Cannabis: The Showdown

8 min read
Join the discussion
TOC
Premium
Your subscription has ended
If you love cannabis and want to support our site, join WayofLeaf Premium today and unlock
Best of all, part of your membership fee will go towards supporting the fight to legalize cannabis.
Sign Up for WoL Premium
Not now
I already have an account
×
Log in to Your Premium Account