Hemp is one of the oldest crops in the world. It’s also one of the most versatile. Until recently, it was still illegal in the United States and remains prohibited in dozens of other nations.

The 2018 Farm Bill legalized industrial hemp cultivation in the United States if it contains less than 0.3%. Farmers must apply for a special license and be part of a specific program.

This is great news because it will result in a massive increase in hemp cultivation. In turn, the plant could help us repair some of the damage we have caused to the world. We check out five ways in which hemp could save our planet in this article.

Hemp could potentially replace timber for a wide array of purposes. It is one of the strongest fibers on the planet. A growing number of companies have started to use hempcrete in construction projects. While they can’t use the material to support load-bearing walls, they utilize it for floors, roofs, and even outdoor furniture. It is also possible to install hempcrete as a cavity inside a wall.

Made from water, lime, and hemp, hempcrete has a negative carbon footprint. This means the hemp plant absorbs more CO2 during cultivation than is emitted during construction. Incidentally, walls made of hempcrete continue to absorb carbon dioxide throughout their lifetime.

Builders find that hemp can hold nails better, while hemp particleboards are typically twice as strong as wood. Furthermore, one acre of hemp produces a similar amount of cellulose fiber pulp as four acres of trees.

Papering Over the Cracks

Did you know that “canvas” was derived from a Dutch word that means cannabis? In essence, real canvas comes from hemp. Thousands of years ago, people used hemp to make textiles, rope, canvas, and paper.

It is the latter that is especially relevant. Hemp paper has an enormous array of advantages over paper created from wood pulp. It is capable of going through more than double the number of recycling processes. Also, you don’t need to use damaging chemicals to make hemp paper white. Furthermore, hemp paper is significantly more durable.

We could use hemp to prevent deforestation, promote sustainability, and save animal and human lives. It only takes four months to have hemp ready for commercial harvest. In contrast, this process takes between 20 and 50 years when using trees.

Deforestation is increasing globally at a frightening rate. Researchers believe that the rate of deforestation is equal to the loss of 48 football fields every minute. It’s estimated that within a hundred years, we will have no rainforests. This is one reason why hemp is so valuable – it can replace trees as a source of raw material for paper and wood.

In 1907, Leo Baekeland invented a synthetic plastic called Bakelite. Imagine there were plastic bottles available in that year. If you threw one away, it would still exist today. In fact, it would remain intact for centuries.

It can take over 500 years for plastic to decompose in a landfill. Water bottles take approximately 450 years and fishing nets 600 years, for example. All of these products could end up in the ocean, harming marine life and even the lives of humans. Sahera Kaplan once stated that by 2050 there would be more plastic in the seas than fish.

But there is hope. Instead of using these plastic products that are destroying our planet, we can use hemp plastic instead. Hemp is the greatest cellulose producer on earth, and it’s biodegradable.

Hemp can form part of a biocomposite plastic whereby it’s either part of an organic mix or is combined with a synthetic polymer. Studies have found that hemp-based plastics are 2.5 times stronger and five times stiffer than traditional plastic made from polypropylene.

It is almost a century since Henry Ford created a prototype of a hemp car. Admittedly, only a small percentage of the vehicle consisted of hemp. Nonetheless, it should have been a breakthrough. Instead, the 1937 Marihuana Tax Act banned hemp and cannabis.

In the modern era, a handful of automobile companies are following Ford’s lead. There are ‘hemp cars’ that are lighter than steel but can withstand ten times the impact without denting. Other hemp plastic products include sunglasses, dog toys, and plastic bags.

3 – Hemp Can Feed the World

According to Action Against Hunger data from 2019, almost 9% of the global population are undernourished. In developing countries, approximately 30% of children will experience stunted growth because of a lack of nutrition. But hemp could change all of this. Not only is it inexpensive, but it is durable and can thrive in most climates. 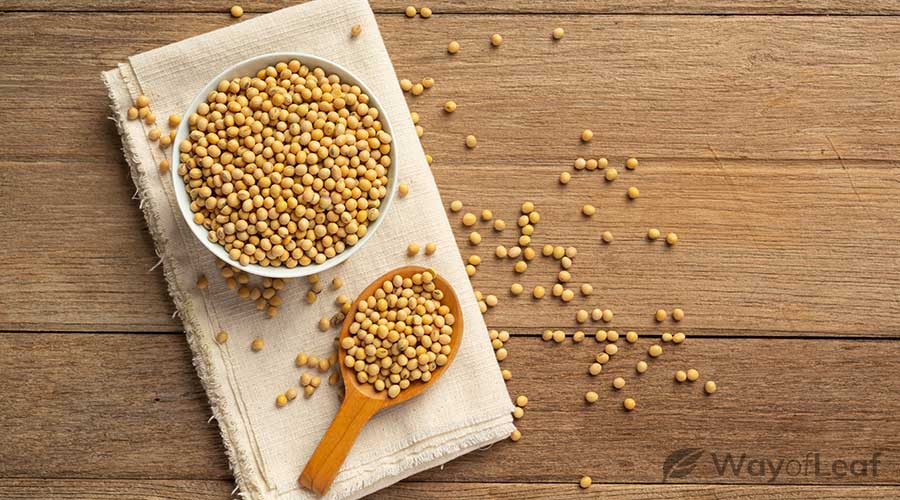 Believe it or not, hemp seeds are among the most nutritionally dense food sources on the planet. Hemp seeds are a complete protein and provide the body with vitamins and all nine essential amino acids.

Furthermore, hemp seeds could produce two of our most vital food products – flour and oil. You can eat it raw or add it to routine meals, such as granola or cereals. Hemp seeds are very high in the natural oils required for good brain function and development. Furthermore, they are safer than options such as fish, which could contain mercury and radiation.

Unlike flax or cotton – which consume up to 50% of all pesticides – hemp is naturally resistant to pests. This means growing hemp doesn’t require any herbicides or pesticides.

When we spray pesticides on the land, they can quickly get into water sources such as oceans, rivers, or ponds. They could harm fish and other creatures living in the water source. Even scarier, pesticides are linked to congenital disabilities, ADHD, Alzheimer’s, and other diseases. Therefore, pesticides aren’t only dangerous to the environment but are also hazardous to our health.

Using hemp could help us avoid all of the above problems.

5 – Hemp as a Soil Decontaminant

One of the most impressive qualities of hemp is that it cleans up pollution. While our modern industries pollute, hemp has the opposite effect. Hemp can remove radioactive toxins and heavy metals from polluted soil. This happens through phytoremediation, a process where contaminants are absorbed through the hemp plant’s fast-growing roots. The plant can store these toxins or transform them into other harmless substances.

An Italian study published in Plant and Soil in 2003 yielded a fascinating outcome. It found that hemp could absorb nickel, chromium, and cadmium from soil. Additionally, high concentrations of heavy metals had minimal effect on plant morphology. Hemp can grow in a variety of soil types and terrains. It forms deep roots, which help to hold the soil together, preventing soil erosion.

Hemp even increases the soil’s microbial contents, and its leaves and stems are rich in nutrients. After harvesting, you can return these parts of the plant to the earth, rejuvenating it for a richer yield the following year.

Final Thoughts on How Hemp Can Save the Planet

It’s time that hemp regained its place as of the most sustainable and versatile crops on the planet. As Jack Herer once said: “I’m not sure that hemp will save the planet… but I know it’s the only thing that can.” It’s time we let the hemp revolution take place and see how it can help us.

Hemp could provide food and shelter, reduce pollution and deforestation, replace plastic, and much more.

Related Article: What Are the Pros and Cons of Hemp as a Material?

0
3 min read
Video
Join the discussion
TOC
Premium
Your subscription has ended
If you love cannabis and appreciate our content, join WayofLeaf Premium today and receive:
Best of all, part of your membership fee will go towards helping to legalize cannabis.
Go Wayofleaf Premium
No thanks, I can't afford it
I already have an account
×
Login in to your premium account