Hemp Cultivation in the United States – The Forgotten Colossus

The Marihuana Tax Act of 1937 banned hemp in the United States. It remained a prohibited substance until 2018 when the Farm Bill legalized its cultivation. The main caveat is that the plant must contain a maximum of 0.3% THC.

There was a brief period in the 1940s and 1950s when the United States Government asked farmers to grow Hemp for Victory. A significant number of people complied, and the crop helped the war effort. After the war ended, the authorities ignored what hemp had achieved and banned it again! In 1957, Wisconsin was the site of the last legal commercial hemp crop grown in the U.S. until the Farm Bill.

The recent prohibition of hemp is an aberration in history. Humankind had previously used it without issues for millennia. Estimates vary, but there is a suggestion that hemp has around 25,000 uses, perhaps more. Various civilizations utilized hemp’s benefits. This includes the United States’ early colonists.

In this article, we check out the history of hemp in America. Despite its importance, it is a topic that is ignored and almost forgotten.

Archaeologists found evidence of hemp use in a Taiwanese village dating back 10,000 years. It spread throughout China, Asia, and then the rest of the world over several millennia. Eventually, it reached Europe. As far as America is concerned, the use of hemp by the British and Spanish, in particular, became crucial to its spread in the U.S. 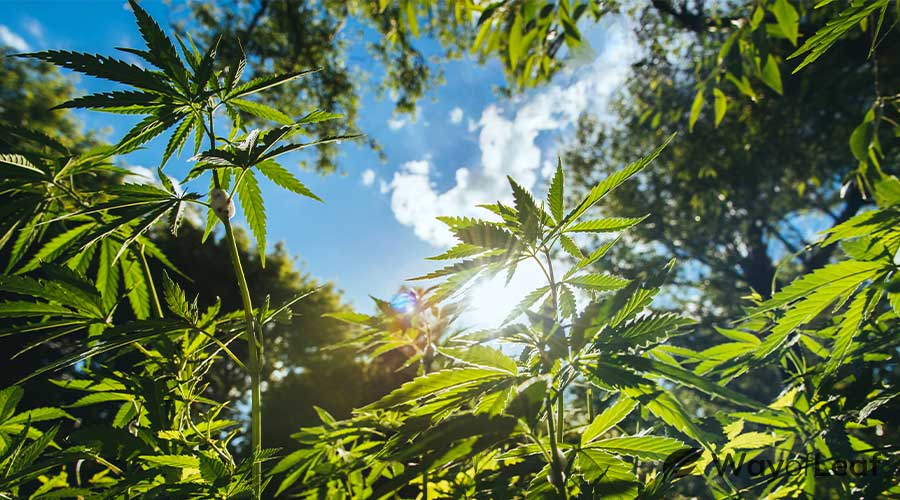 The British believed it needed to control a large landmass to produce the food and supplies required to keep its kingdom going. During the 1500s, Henry VIII and Elizabeth I issued orders for farmers to grow more hemp.

When the British started its colonization of America, they brought hemp with them.

The failed Roanoke expedition of 1582 didn’t deter them. They finally established a presence in America via the Jamestown Colony in 1607. Meanwhile, Britain was finding it hard to import the hemp it needed in Europe. They were almost completely reliant on Russia, with 97% of hemp imports coming from there by 1638.

Britain was extremely dependent on hemp to grow its navy. It also used it to build its economic empire. In 1611, colonists in America received orders from England to grow hemp. It is also worth noting that the Spanish and French cultivated hemp in America when they arrived too.

The Expansion of Hemp in the Colonial Era

It is incorrect to say that hemp didn’t exist in the Americas before the colonists arrived. Native Americans likely used cannabis and hemp for thousands of years. They recognized that it had many more uses than merely making rope. The natives believed marijuana, in particular, had healing powers.

The Native Americans cultivated hemp long before any colonists followed suit. They knew that hemp fibers were extremely strong and durable. They grew the crop for thread, clothing, cordage, food, and paper. 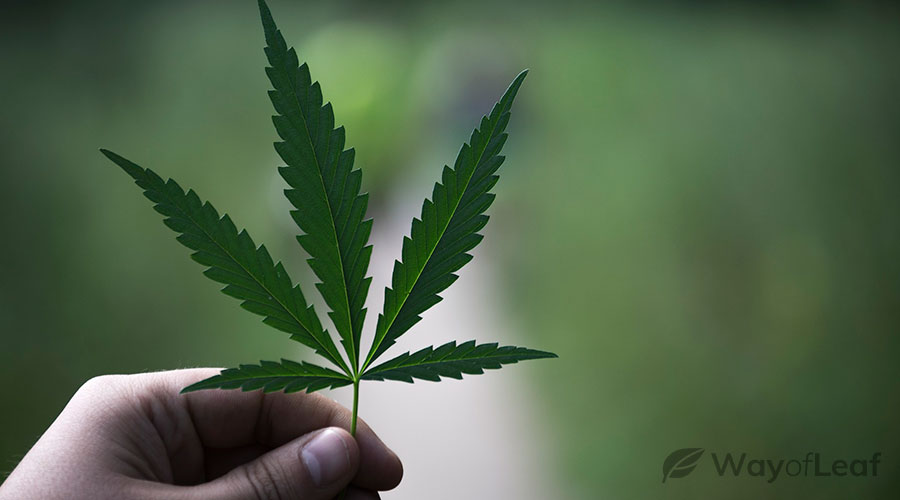 Ironically, a key reason for the colonization of America was a desire to grow more hemp. In recent times, it is the country that has led the prohibition charge! Yet things were very different in the early 1600s. In 1619, the Virginia Company ordered every colonist to grow 100 hemp plants for export. Soon, the settlers were also supplying the growing demand in new colonies.

Within a decade, the British established a shipbuilding facility in Massachusetts which used a huge amount of hemp. However, tobacco soon became the #1 crop in Virginia. Then the cultivation of hemp spread to other locations. Even today, town names east of the Mississippi serve as reminders of the growth of the crop. These include Hemp Hill and Hempstead.

The Jamestown Colony’s success prompted other European nations, such as the Netherlands, to come over. At the time, the Dutch were a huge economic threat to Britain. They established New Netherlands in 1624. It later became known as New Amsterdam and then New York.

The British managed to hold off the Dutch by winning a war between 1652 and 1654. Their need for hemp grew in the second half of the 17th century. As a consequence, they began offering more money for it. By 1662, Britain offered two pounds of tobacco for a pound of hemp! While most colonial farmers grew the crop at this point, it was for domestic use.

For the rest of the time that Britain colonized America, it sought to accumulate as much hemp as possible.

The American Revolutionary War (1775 – 1783) resulted in the United States of America’s formation. The founding fathers understood the hemp crop’s potential, and the fledgling nation continued to grow it. Indeed, the likes of George Washington and Thomas Jefferson produced hemp products.

Jefferson received the first U.S. patent for a machine that began the process of extracting hemp fibers. He later stopped cultivating the crop because he believed it was too harsh on his slaves. Ben Franklin was another famous name who earned a huge amount of money from the crop. He became the largest paper producer in the country, and it all came from hemp! 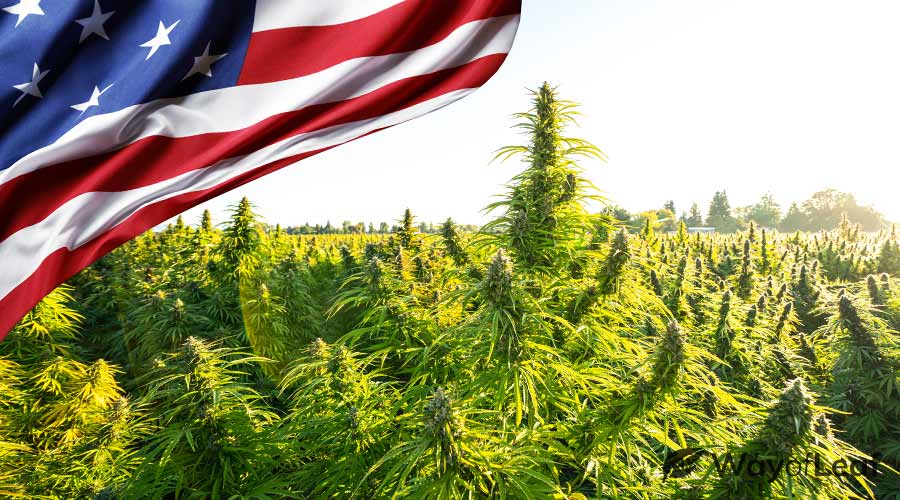 However, a new invention changed the course of hemp’s history in the United States. In 1793, Eli Whitney invented the cotton gin. As a result of this device, it became cheaper to turn cotton into cloth than hemp.

This didn’t lead to the complete abandonment of hemp. It was still a vital crop. As late as 1883, 75+% of the world’s paper was made with hemp fiber. However, cotton ultimately displaced hemp as the main material in America’s textile industry.

By the end of the 19th century, the paper industry had switched to wood. As was the case with cotton, it was an economic decision. At the time, America had plentiful forests that were now free to use. The quality of paper derived from wood wasn’t as good as from hemp. However, it was far cheaper to produce.

Hemp’s downfall was relatively dramatic. In 1850, it was the third most important agricultural crop in America. Then the American Civil War occurred and became another vital turning point.

The Resurgence of Hemp

Hemp was still an important part of sailing ships during the 19th century. Yet new vessels such as Ironclads completely dominated battles with the old-fashioned ship. After the Civil War, cotton was the dominant force in the agriculture of the South. By now, there were replacements for hemp in shipbuilding, agriculture, and the paper industry.

There was a brief spike in hemp growing in California and Nebraska, particularly during the 1870s and 1880s. A group of manufacturers and merchants formed the American Flax and Hemp Spinner’s and Grower’s Association in New York in 1882. However, it seemed as if the hemp crop was in terminal decline. By the early 1900s, its main uses were twine, cordage, and thread.

The invention of the Schlichten Decorticator in 1917 changed everything. It was a device capable of turning hemp into high-quality raw materials. Suddenly, people had easy access to the cellulose and fiber in the plant’s stalks. Created by George Schlichten, the Decorticator took the top leaves for fertilizing the next crop. It separated the hurds from the stalk. As a result, the fibers were left in excellent shape for spinning into fabric.

Inventors dedicated enormous amounts of time and money to come up with innovations revolving around hemp.

Henry Ford created a prototype car. Its body contained around 10% hemp. In 1937, Mechanical Engineering wrote that hemp was “the most profitable and desirable crop that can be grown.” In the same year, Popular Mechanics wrote that hemp was “The New Billion-Dollar Crop.”

The publication’s schedule meant its article wasn’t released until 1938. By then, the Marihuana Tax Act had banned the crop.

Why Was Hemp Banned?

Hemp was included in the war on cannabis because they are varieties of the same plant species. However, hemp produces minimal THC, the main intoxicating agent in marijuana. Until the early 20th century, Americans used cannabis as a medicine. Then an influx of Mexican immigrants arrived.

What occurred was a series of breathtakingly inaccurate anti-marijuana propaganda with an abhorrent racist agenda. The Federal Bureau of Narcotics, founded in 1930, had the prohibition of cannabis as its main goal. By 1937, it had succeeded, and hemp shared marijuana’s fate.

There is a suggestion that the DuPont family put pressure on the government to act. It had developed nylon, but hemp fabric remained a threat. However, they only received the patent in 1937, and the anti-cannabis hysteria began decades before.

Another theory is that William Randolph Hearst was heavily involved. The newspaper tycoon owned a huge number of timberlands. Hemp was a possible threat to his empire due to its resurgence. Yet Hearst was massively in debt at that point. Banning something that could make paper, thus helping his newspaper empire, would have been a foolish move.

Final Thoughts on the History of Hemp Cultivation in America

Today, it is once again legal to grow hemp in the United States. Hopefully, this will lead to another boom in cultivation and the use of hemp products. It has happened more than 80 years later, but Popular Mechanics was right after all.

It is a shame that centuries of hemp history in America is all but forgotten by most. We hope this article has helped you gain a greater understanding of how hemp came to prominence in the United States.

Related article
Hemp vs. Trees: Here is Why We Should Adopt Hemp

Think how many trees we could …

What Can You Use Hempcrete For?

Is it a good option?

How to Grow Industrial Hemp: Is It Legal?