One major issue faced by the police is attempting to distinguish between hemp and marijuana. The field tests issued by law enforcement to detect drugs cannot always tell the difference. This has resulted in the arrest of various individuals who were transporting hemp, which is now a legal commodity.

Testing technology is a long way behind where it should be. The rise of the CBD market has only added to the headaches faced by police and those who sell hemp products.

Unless you are well-acquainted with both hemp and marijuana, it is potentially challenging to tell them apart.

In this article, we outline the differences, which will hopefully help you learn more about two remarkable plants.

Hemp and Marijuana Are Not Distinct Species!

Perhaps the biggest misconception is that hemp and marijuana are entirely different species of plant. Both come from the cannabis plant, which is part of the Cannabaceae family. The term hemp describes cannabis with a maximum of 0.3% THC by dry weight. Ernest Small came up with the definition in his 1979 book, entitled The Species Problem in Cannabis.

Incidentally, Small admitted that this figure shouldn’t necessarily be set in stone. However, the 2018 Farm Bill stuck with that percentage. Hemp is solely part of the Cannabis sativa species, and its low THC content means it is non-intoxicating. The plant has at least 25,000 different uses, including clothing, food, and paper. It also has a high percentage of CBD, a cannabinoid that could help people manage the symptoms of various medical conditions.

Marijuana comes from Cannabis sativa, Cannabis indica, or Cannabis ruderalis. Legally, cannabis plants with more than 0.3% THC are classified as marijuana. In the modern era, it is common for strains of the plant to contain more than 20% THC. Such marijuana is highly intoxicating. Humans have used it as a medicine and recreationally for thousands of years. It also has a lengthy spiritual history.

Now, let’s take a look at the other differences between hemp and marijuana.

This is undoubtedly one of the most important distinctions. For a long time, both species of plants were legal around the world. The many uses of hemp made it a popular plant amongst various civilizations. Early settlers in Virginia were ordered to plant hemp and faced a fine if they didn’t comply!

Marijuana has many purported medical uses, and humankind has consumed the plant for millennia. It was a widely used ‘medicine’ in the United States until the early 20th century. At that point, many Mexicans moved north to avoid the brutality of the Mexican Revolution. 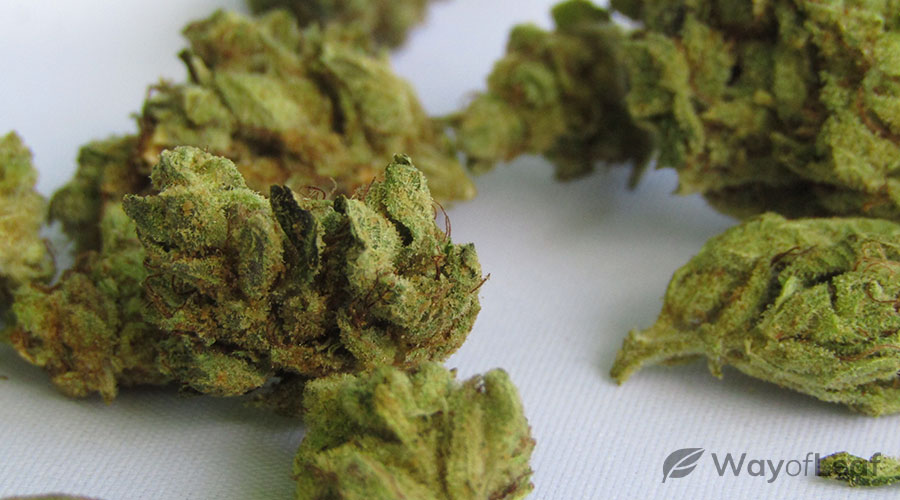 They legally brought marijuana across the border with them and used it as a recreational drug. The American government coined the term ‘marihuana’ as part of its anti-immigrant propaganda. This campaign culminated in the prohibition of both hemp and marijuana due to the Marihuana Tax Act of 1937.

Even though the Supreme Court ruled that the act was unconstitutional in 1969, the government responded with the Controlled Substances Act of 1970. By then, the U.S. had used its international influence to ensure other nations followed its strict anti-hemp and marijuana stance.

Related article
How to Grow Industrial Hemp: Is It Legal?

Hemp remained illegal until the 2018 Farm Bill, which permitted farmers to grow industrial hemp in the United States. Those wishing to cultivate hemp can only do so with a license as part of a state’s program. The crop must contain a maximum of 0.3% THC. Today, hemp is legal to grow in dozens of countries. However, marijuana cultivation remains federally illegal in America.

While they come from the same cannabis plant, hemp and marijuana are not genetically similar. A study published in PLoS One in 2015 concluded that both plants were “significantly differentiated at a genome-wide level.” Furthermore, this finding showed that “the distinction between these populations is not limited to genes underlying THC production.”

Canadian genomic research suggests that over millennia of cultivations, farmers have selectively bred Cannabis sativa into a pair of distinct strains. One is for medicine, the other for fiber and seeds.

Cannabis plants, particularly those in Cannabis sativa, are dioecious. This term describes plants that produce both a distinct male and female plant. Female flowers are more valuable for drug production. Growers use male plants to produce hemp fibers.

When someone cultivates cannabis to produce marijuana, it comes from varieties of the plant where female flowers are selected. Also, growers remove the male plants to prevent pollination.

In contrast, when someone cultivates cannabis to produce hemp fiber and seeds, they try to prevent the plant from flowering. Instead, they force it to grow tall with less branching.

It is essential for law enforcement officials to receive training to help them distinguish between hemp and marijuana. To those without this knowledge, the plants can look similar at first glance. However, there are a few things to focus on that will help you tell them apart:

It is unwise to try and grow both plants together in nearby fields. The pollen from hemp would wreak havoc amongst the marijuana crop, damaging its intoxicating properties and introducing male plants.

Hemp has a remarkable number of uses. The National Advisory in Hemp and CBD (NAIHCO suggests that we can create over 25,000 products from hemp! Popular uses of hemp include:

These days, a significant proportion of hemp is grown for the CBD market. You will find cannabidiol concentrations in the flowers, stems, and leaves. However, you won’t find much of it in the roots and seeds.

As crucial as the CBD market is, we hope that farmers continue cultivating hemp for its myriad of other uses. It can produce biodiesel and ethanol as fuels and create a type of concrete for homebuilding. Hemp plastic is an eco-friendly alternative to traditional plastic. Across a 20-year cycle, an acre of hemp produces up to ten times more paper than an acre of trees.

Marijuana is relatively limited in terms of usage. In the main, people use it recreationally or for medicinal purposes. The intoxicating high helps people relax. MMJ proponents claim that it helps with various issues, including anxiety, depression, chronic pain, and PTSD.

Final Thoughts on the Differences Between Hemp and Marijuana

Although they come from the same species of the cannabis plant, there are many differences between hemp and marijuana. They are genetically dissimilar and grown for very different purposes.

While hemp produces non-intoxicating CBD, marijuana has a high concentration of intoxicating THC.

This is one reason why marijuana remains illegal, while farmers are now permitted to grow hemp. In general, people use marijuana for its intoxicating properties, either recreationally or medicinally. These days, a growing number of people associate hemp with CBD. However, it is a plant that can do so much more.

Removing hemp from the list of Controlled Substances is a common-sense move, and a case of ‘better late than never.’