Can Hemp Replace Plastic? Everything You Need to Know

One theory posits that hemp’s ability to replace synthetic materials such as plastic and nylon was a primary reason for its prohibition. You could make the argument that hemp was a threat to certain industries. DuPont produced neoprene in 1930, for example. However, the same company didn’t invent and patent nylon until the mid to late 1930s.

Incidentally, there is disagreement over the year that nylon was patented. Some sources suggest it was 1937, pbs.org suggests it was 1935, and other sources say it was 1938.

Regardless of the year, the anti-marijuana hysteria in the United States was already at a fever pitch by the mid-1930s. Perhaps the likes of the DuPont family were heavily involved in the Marihuana Tax Act of 1937, though we’ll never know.

What we do know is that the world was robbed of an incredible resource for decades. There are thousands of uses for hemp. Perhaps one of the most important is as a replacement for plastic. Hemp plastic is an eco-friendly alternative to the carbon-based plastics we use today. The hemp version is usually recyclable and biodegradable.

Is it a viable alternative for plastic, however? Can hemp even replace plastic? Let’s find out more.

What’s So Bad About Plastic That We Need to Replace It?

Some people make the argument that the material, plastic, isn’t the problem. It is how humans use it. Plastic has a lot of great applications: 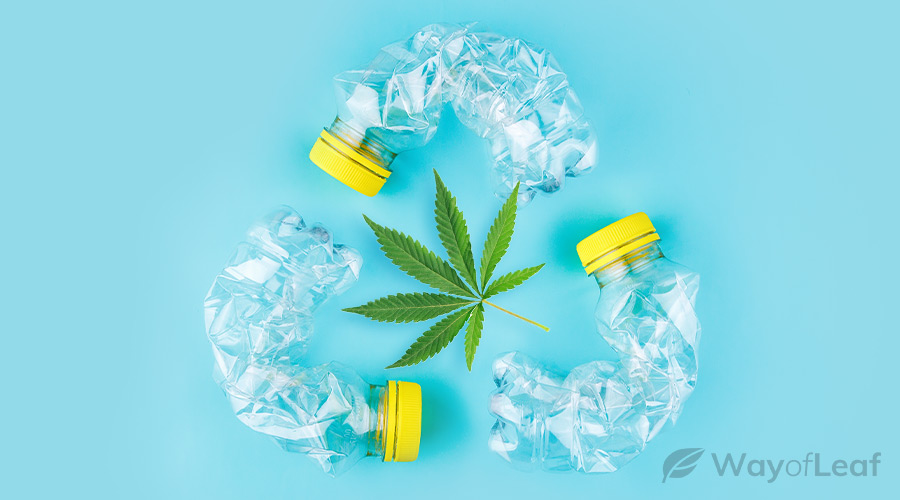 Ultimately, plastics enable us to live more comfortable and convenient lives. Unfortunately, humans have managed to mess things up. The constant carelessness in how we dispose of plastic is causing a huge issue. Plastic damages the Earth, our fragile ecosystems, and the human body.

The Problem with Plastic

Researchers from the University of Tasmania and the Royal Society for the Protection of Birds in the UK made a shocking discovery. They found 38 million pieces of plastic waste on Henderson Island. It is an uninhabited island in the South Pacific.

In 2017, an estimated eight million metric tons of plastic ended up in the oceans. Over 102 billion plastic bags came from the United States!

It has become abundantly clear that humans can’t be trusted with the safe disposal of plastics. The conventional kind has a lifespan of 500 years! A plastic bottle made today that floats to Henderson Island could still be there in the year 2500!

Hemp Plastic to the Rescue?

Possibly! The 2018 Farm Bill legalized the growth of industrial hemp in the United States. Almost every state has submitted the necessary program to the United States Department of Agriculture. It ended a hemp cultivation hiatus of almost 80 years, barring a brief spell during World War II.

Before the ban, innovators such as Henry Ford were considering ways to use hemp. It was on the verge of becoming a ‘billion-dollar’ crop in 1937. Indeed, America consumed an estimated 3,000 tons of hemp per annum before the Marihuana Tax Act halted production. 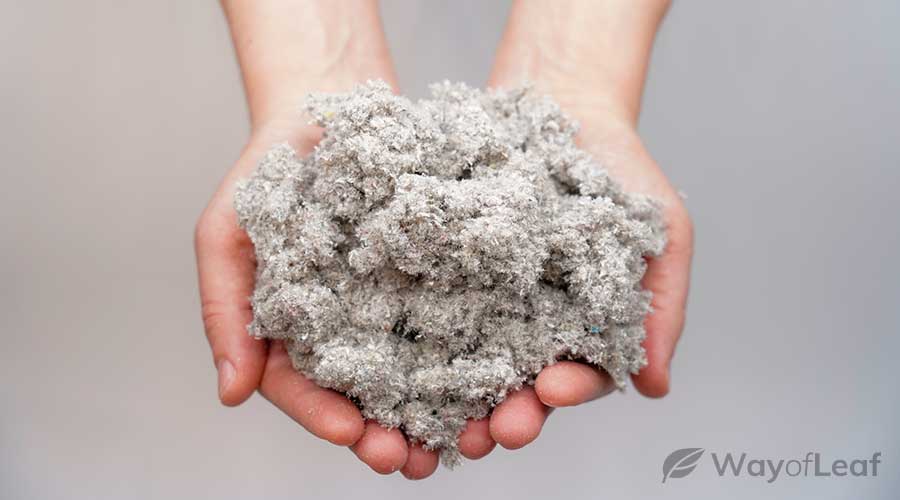 Manufacturers used hemp to create cloth, rope, industrial building materials, and more. Ford famously designed a plastic car that included at least 7% hemp. Now that hemp is legal to grow once more, companies have free reign to make the most of its many uses, including as an alternative to plastic.

The reason why this crop is a possible plastic replacement is due to its cellulose fibers. It is possible to extract hemp cellulose and make rayon, cellophane, and celluloid. Hemp contains up to 70% cellulose. In comparison, wood has 40%, flax has up to 75%, and cotton has 90%.

Regardless of where it is derived from, a plastic needs cellulose to structure its durable yet moldable traits. For a long time, companies used petroleum to source the cellulose. However, hemp is the ideal option for so many reasons.

Here’s Why We Should Invest in Hemp Plastic Production

Proper use, storage, and disposing of plastic would help the planet a lot. Sadly, our laissez-faire attitude towards this matter has caused several serious problems. Plastic pollution is wreaking havoc on the planet. One estimate suggests that we throw away enough plastic each year to circle the Earth four times! The ‘Reduce, Reuse, and Recycle’ mantra is a sound one; if only more people heeded the advice!

Related article
5 Ways Hemp Can Save the Planet

How this humble plant could sa…

The plastic that ends up in the sea and land destroys natural ecosystems. It also ends up in the human body. Bisphenol A (BPA) is a chemical used in huge quantities. Companies tend to use it for producing polycarbonate plastics and epoxy resins. One study found that approximately 93% of Americans aged 6+ test positive for BPA. The chemical is linked to diabetes, cancer, and many more health problems.

Investing in hemp plastic could prove a boon for the planet and our health. We could, in theory, replace the petroleum-based plastics we use with hemp. Here are a few advantages of hemp plastic.

Hemp plastic is non-toxic, as long as the farmers grow the crop responsibly with no pesticides and heavy metals involved. Also, hemp grown on toxic ground will absorb the toxins. However, properly cultivated hemp doesn’t release toxins in the air during its life cycle.

One of the major reasons plastic waste is causing such a problem is its long shelf life. That plastic water bottle you use for 10 minutes can take up to 500 years to decompose! Certain forms of plastic take up to 1,000 years! This is why it is essential to reuse plastic containers for as long as possible. Also, make sure you place them in the correct bags for recycling.

In the proper environment, hemp plastic will decompose within six months. Also, we can recycle hemp plastic as often as we like. It is still better to recycle petroleum-based plastic than dump it. However, the recycling process is toxic due to the chemicals in the material. There are no such toxins in hemp.

A study published in PNAS in 2016 found that 59% of seabirds have plastic in their gut. They expect this number to reach 99% by 2050 at the current rate of plastic disposal. Plastic breaks down into pieces when exposed to sunlight. Various forms of sea life ingest these pieces. As it disintegrates, the plastic moves down the food chain.

Because hemp plastic is biodegradable and non-toxic, it doesn’t pose such a threat to wildlife. As it decomposes relatively quickly, animals such as seabirds are less likely to consume it. Also, even if they do, hemp plastic is less harmful to their health.

By 2019, the average atmospheric carbon dioxide reading was 409.8 parts per million. This is the highest reading in around 800,000 years. Rising CO2 levels are contributing to climate change. The result is low-quality air, rising temperatures, melting ice caps, and ecosystem carnage.

Companies often use fossil fuels to make conventional plastics. This practice only adds to the rise of CO2 emissions. In contrast, hemp-based products can help reverse this trend. In fact, hemp absorbs CO2 from the atmosphere.

Hemp plastic is up to 3.5 times stronger and five times stiffer than polypropylene, a common plastic form. The hemp-based version is also significantly lighter. Therefore, you get durability and strength in a lightweight package.

The short answer is ‘no.’ At present, we lack the technology required to make the leap. At present, it would take an enormous amount of hemp to meet the demand for plastics. So much, in fact, that we could place large parts of the planet’s biodiversity at risk!

Hemp is indeed stronger and stiffer than several forms of plastic. However, it doesn’t have the right flexibility or tensile strength for certain applications. At present, plastics used to package many essential items, such as packing life-saving blood for transfusions, are tested to very high standards. We would need to complete such rigorous testing for their hemp-based counterparts.

Realistically, testing hemp plastics for every single application would be extraordinarily expensive.

America only recently lifted the ban on hemp. Researchers can finally learn more about this wonderful material, but it will take time. The more we look into hemp, the more likely it is to find ways to create a greater degree of plastic products.

What Does the Future Hold for Hemp Plastic?

Already, investors are beginning to get involved in the hemp plastic industry. They can see the changing tide as manufacturers look to learn more about how to use the crop. Automotive companies in Europe have started to move away from petroleum-based plastics. A small number of vehicles use hemp plastic for the dashboards, paneling, and other design aspects.

The Hemp Plastic Company, based in Colorado, aims to produce up to 50 million tons of hemp plastic pellets by the end of the year. You can use them in regular plastics equipment like 3D printers. 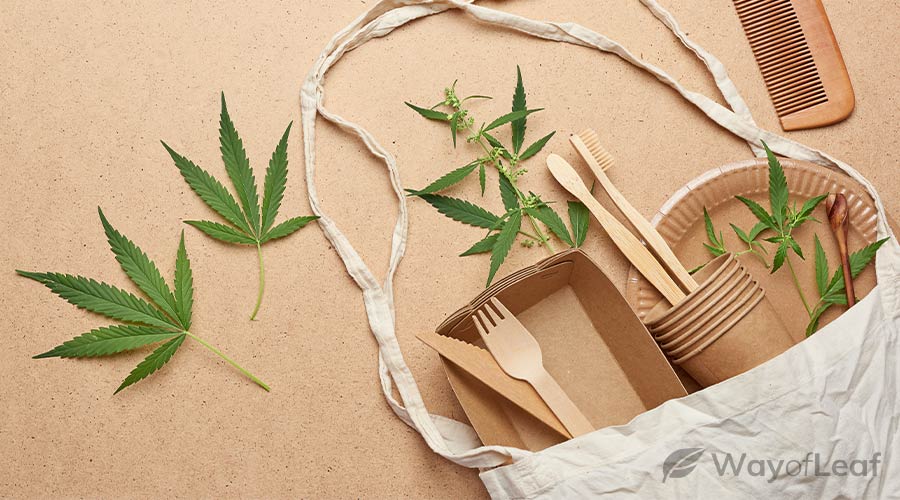 In 2019, there were less than a million acres of hemp growing across the entire planet. It is clear that there is enormous growth potential. In the United States alone, dozens of states have begun planting the crop for the first time in decades.

The global hemp market is going to grow at a rapid rate. According to Grand View Research, the industry’s value will exceed $10 billion by 2025. This is hardly a surprise given its long list of uses. Hemp plastic is one of the most exciting. It won’t replace plastic, but it could reduce the amount produced each year. This, in turn, will reduce pollution, decrease health problems, and help damaged ecosystems.

History of an amazing plant…

Is Hemp the Perfect Permaculture Crop?

Sustainable Hemp Farming: Are U.S. Growers Doing It All Wrong?

How hemp farming could hurt the planet