Modern marijuana consumers in America are a fortunate breed. Those who live in a state where marijuana is legal for recreational use now have the access that eluded previous generations.

In the great “Is cannabis stronger today than before?” debate, we revealed that the answer is both yes and no. Yes, today, there are strains with THC contents up to 30% that weren’t available ‘back in the day.’ However, it was more a case of strong weed not being available, rather than such marijuana didn’texist.

Various studies, including one by Cascini, Aiello, and Di Tanna, published in Current Drug Abuse Reviews in 2012, show that the THC content of cannabis has increased over time. Samples tested at the University of Mississippi found that older weed was at least 57% less potent than today’s marijuana.

When we discuss potency, we are talking about the level of THC in the plant. One possible reason for this increase could be that people didn’t know how to store cannabis well years ago. When the herb is improperly stored, its THC degrades.

Even so, the old-school Mexican brick, filled with seeds, has been replaced by the high-quality marijuana we call ‘sinsemilla.’

Surprisingly few people seem to know what sinsemilla actually is. One school of thought suggests it relates to high-quality seedless marijuana tended to with extreme levels of care. Other people believe sinsemillas are potent strains from the Southwest of the U.S. or Amsterdam in the Netherlands. 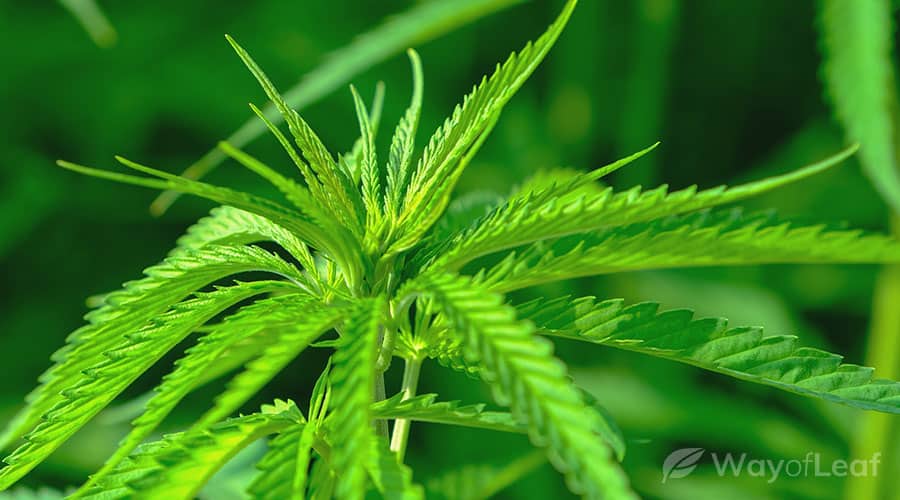 In reality, sinsemilla is not a specific strain of cannabis. The word comes from a combination of Spanish words: ‘sin’ (without) and ‘semilla’ (seed).

In other words, sinsemilla means marijuana without seeds.

Marijuana has been grown for at least 12,000 years. It was legal for most of its history before its prohibition in the Western world during the 20th century.

As a result, very few people risked growing weed in North America and Europe until the 1960s. At that time, breeders walked the famous ‘hippy trail’ and began taking seeds back from Asia.

In the past, weed was full of seeds making for a harsh smoking experience and relatively low THC.

Most of the marijuana smuggled into Europe and North America came from India, Pakistan, Mexico, Thailand, Colombia, and Jamaica. The vast majority of this weed was full of seeds making for a harsh smoking experience and relatively low THC.

It was only in the 1970s that seedless marijuana became better known. Breeders soon realized that this ‘sinsemilla’ weed was of significantly better quality, and it soon became the ‘gold standard.’

At this time, sinsemilla came to mean more than weed that was high in THC. In the 1970s, sinsemilla was described as a method of growing marijuana. Growers prevented the female plant’s flowers from coming into contact with pollen from a male plant. Doing so removed the possibility of fertilization and the development of seeds in the female plants.

The rationale behind this was that unfertilized female flowers would remain high in resin and develop larger branched flower clusters. Breeders were delighted to find that sinsemilla cannabis had at least twice the THC of fertilized weed. Also, depending on the strain, the THC level could be up to ten times higher.

Hydroponically grown weed using the sinsemilla technique usually has a higher THC level than cannabis grown in soil. Hardly anyone tries to grow sinsemilla weed outside due to the high risk of pollination by male plants.

Sinsemilla in the Modern Era

Today, marijuana users are spoiled by a combination of easy access and extremely high-quality bud. Past generations relied on low-grade schwag illegally smuggled into the country. Today’s cannabis consumers can walk into a dispensary and buy the best weed they can afford.

The increase in the quality of weed is mainly down to legality and availability. However, cannabis cultivators have also learned more effective and efficient growing techniques.

Popular strains such as Kush and Skunk have been around since the 1980s. Neville’s Haze was around in the 1970s and is just a single step removed from a landrace. Most experts now agree that there was premium weed 40+ years ago, but hardly anyone was fortunate enough to use it.

Nowadays, high THC strains are common, so it is now a question of finding weed with the right aroma and taste.

It is now so easy to grow high-quality marijuana that users are becoming picky. High THC strains are common, so it is now a question of finding weed with the right aroma and taste. It is marijuana’s aromatic terpene compounds that are mainly responsible for their flavors and scents.

It is interesting to see how our love for sugar makes us gravitate towards cannabis strains with a sweet taste. Today, there are many popular sweet marijuana strains, such as Gelato, Cherry Limeade, and Girl Scout Cookies.

A lot of people don’t seem to realize that terpenes don’t make sinsemilla taste sweet. What happens is that the aromatic compounds act as a trigger for association with sweet items we previously experienced.

One expert likened the process to the creation of ice cream. There are lots of flavors, but ultimately, ice cream is just sugar and frozen milk. Our association with sweet items guides the selection and breeding of modern-day growers.

Those who lived through the dark days of the 1960s were lucky to get their hands on low-grade Mexican brick weed. However, today, high-quality sinsemilla cannabis is the norm.

As explained, in simple terms, sinsemilla is marijuana without seeds. It is far more potent than cannabis with seeds and offers a far smoother smoking experience. Sinsemilla weed was first made available to Europe and North America in the 1970s. Breeders soon realized that they could grow as much sinsemilla weed as they wished by preventing the female plants from being fertilized by male cannabis plants.

Fast forward to today, and practically every breeder creates sinsemilla cannabis if they are growing indoors. There hasn’t been an issue with ‘seed and stalk’ marijuana for most growers in about 25 years. Today’s breeders grow sinsemilla indoors every single time. Advances in growing technology mean they can enjoy several harvests per annum – a pipe dream for most a generation ago.

Related article
How to Determine the Sex of Your Cannabis Plant