The cannabis plant contains hundreds of different active compounds. The best known of these are the cannabinoids THC and CBD. THC is the most abundant of the cannabinoids and causes intoxicating effects. It is also associated with an array of possible health benefits. Other, lesser-known cannabinoids include CBG, CBN, and CBC, to name just a few.

In recent years, another group of compounds known as terpenes have received more attention. These aromatic chemicals contribute to the different scents and tastes associated with different marijuana strains. They also influence how they affect our bodies and minds.

Flavonoids are an often-overlooked group of cannabis compounds. However, these chemicals are potentially just as crucial as cannabinoids and terpenes. They may play a significant role in the potential benefits of the marijuana plant.

In this article, we look at what flavonoids are. We also analyze why they are a vital component of cannabis we should not ignore.

Flavonoids are one group of a larger family of chemicals called polyphenols. Polyphenols have a chemical structure that includes several of what are known as phenyl groups. These phenyl groups are characterized by a ring of carbon and hydrogen atoms. These are attached to a hydroxyl group that contains one oxygen and one hydrogen atom.

Although all polyphenols have commonalities in their chemical structures, they also have specific differences. There are potentially around 8000 different polyphenols, and as many as 4,000 of these are flavonoids.

You can find flavonoids in most plants, including fruits and vegetables. They are responsible for many of plants’ different colors, scents, and flavors. Also, they play a role in both protection and reproduction.

Some flavonoids act to protect plants from threats such as pests or harsh climates. Others attract creatures that either help with pollination or the spreading of seeds.

As it turns out, flavonoids are also very beneficial for human health. Studies have found that they have antioxidant, anti-inflammatory, antimicrobial, and anticancer effects. They could also protect the cardiovascular and nervous systems.

Also, there is a lower incidence of certain chronic diseases in locations with high fruit and vegetable consumption. This includes the Mediterranean, a region famed for its healthy diet.

A study published in the European Journal of Nutrition in 2012, looked at this particular issue. It found conclusive evidence that increased fruit and vegetable intake reduced the risk of CHD, stroke, and hypertension.

This review of studies, published in the Journal of Nutritional Science in 2016, outlined the many benefits of flavonoids. It analyzed a variety of other studies and looked into the individual benefits of several flavonoid types.

The Health Benefits of Flavonoids

Some of the significant groups of flavonoids and their benefits are listed below: 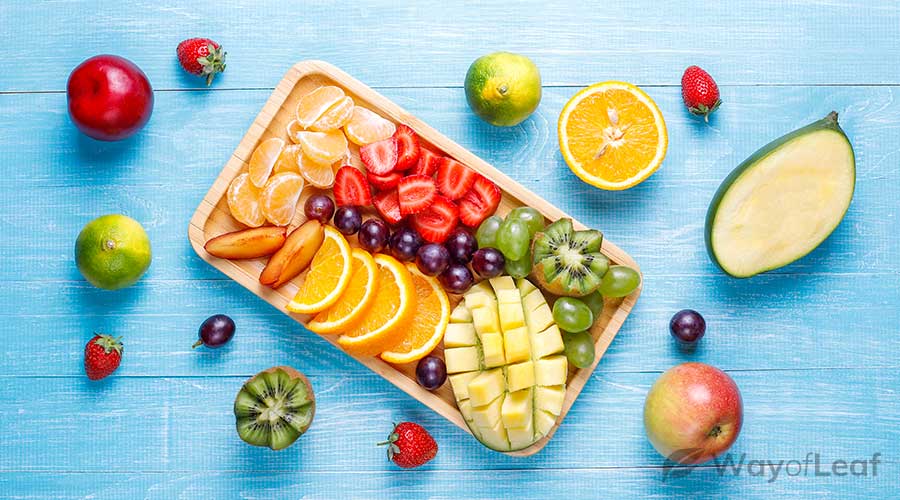 This group of flavonoids includes two of the best-known examples, kaempferol and quercetin. These chemicals could have antioxidant effects and reduce the risk of developing cardiovascular disease.

You can find flavonols in:

These flavonoids are also known for their antioxidant effects. They help scavenge free radicals, highly reactive molecules that can damage our cells over time.

By stabilizing these harmful molecules, flavanones could protect us against various dangerous diseases, including some types of cancer. They also have an anti-inflammatory effect and reduce cholesterol.

You can find flavanones in grapes and citrus fruit. They are one of the compounds which give citrus fruits their bitter flavor.

These chemicals have phytoestrogenic effects, meaning that they mimic the hormone estrogen. They may play a role in hormonal balance and metabolism.

You will find isoflavonoids in beans and legumes, especially soybeans.

Anthocyanins are often responsible for giving plants and foods their distinctive colors. In terms of human health, they appear to have both antioxidant and anti-inflammatory effects.

You can find anthocyanins in grapes and berries such as raspberries, blueberries, and blackcurrants.

Other flavonoids with possible beneficial effects include flavanols, catechins, and chalcones. Some good dietary sources of these compounds include:

Another area where flavonoids may benefit human health is weight management. These chemicals could help to prevent obesity and many of its related conditions.

A 2016 study of 124,086 men and women followed its participants between 1986 and 2011. The researchers logged bodyweight changes at four-year intervals.

The researchers found that people who consumed more flavonoids in their diets gained less weight throughout the study. Anthocyanins, flavonoid polymers, and flavonols seemed to provide the most significant results.

Cannabinoids and terpenes have long overshadowed flavonoids. However, flavonoids are far more abundant in marijuana than these other, more famous compounds.

Researchers have identified around 20 different flavonoids in the cannabis plant so far. Most of them fall into the flavonol and flavanone groups. Some of the most well-researched flavonoids in cannabis include powerful antioxidants such as kaempferol and quercetin.

Cannabis also contains a unique group of flavonoids known as cannflavins. These could have potent anti-inflammatory effects. They are named cannflavin A, cannflavin B, and so on.

There are numerous other flavonoids in cannabis with potential health benefits.

Another example is luteolin, which is in cannabis and various foods, including celery and green pepper. It is antioxidant, anti-inflammatory, and may protect against heart disease.

Anthocyanins are yet another type of flavonoid found in marijuana plants. These compounds are, in part, responsible for giving weed its myriad of different colors. They are especially prominent in purple strains such as Purple Haze, Purple Trainwreck, and Granddaddy Purple.

As well as having numerous health benefits, flavonoids influence the aroma and flavor of cannabis. However, this is also partly due to terpenes.

Unlike terpenes and cannabinoids, which are mainly in the trichomes that cover cannabis buds, flavonoids are present in other parts of the plant.

This includes the stems, leaves, and seeds of the plant. These parts are often disregarded as being of little value. However, it seems that these parts are by no means useless. They could have a vital role to play in the apparent health benefits of marijuana.

Flavonoids and the Entourage Effect

Flavonoids are possibly a key player in what is known as the ‘entourage effect.’ This phrase describes how the different compounds in cannabis work together synergistically to provide a more holistic effect.

The best-known example of the entourage effect is probably the ability of CBD to balance out the THC high. However, terpenes and flavonoids are relevant here too.

Flavonoids may help to improve the bioavailability of other active compounds in cannabis. They can also influence how they are transported within the body and alter how they bind with receptors. Flavonoids could also affect an enzyme called cytochrome P450, which is involved in the metabolism of CBD and THC.

The entourage effect is one reason why some people prefer to take full-spectrum CBD oils rather than isolates. It seems that flavonoids could play an essential role in enhancing CBD’s medicinal properties alongside other cannabinoids and terpenes.

What are Flavonoids? Final Thoughts

Flavonoids are chemicals found in most plants, including many of those commonly eaten as fruit and vegetables. These chemicals have many benefits for health and wellbeing, including antioxidant and anti-inflammatory effects. They may also protect against dangerous conditions such as heart disease. Flavonoids are one of the key reasons why plant-based foods are an essential part of any healthy diet.

Some foods and drinks which are especially rich in flavonoids include berries, apples, soybeans, tea, and red wine. These nutrients are also found in high concentrations in cannabis, even in parts of the plant not typically used.

Do you grow cannabis? Are you wondering what to do with your leftover leaves and stems? If so, you could take advantage of these flavonoids by brewing a pot of cannabis tea. Alternatively, add some fresh leaves to your smoothies or juices. What better way to reduce waste and give yourself a quick health boost in the process?

Related article
Why Are Terpenes Such a Valuable Part of Cannabis Therapy?

A closer look at the benefits …

What exactly is CBCV?

2
9 min read
Join the discussion
TOC
Premium
Your subscription has ended
If you love cannabis and appreciate our content, join WayofLeaf Premium today and receive:
Best of all, part of your membership fee will go towards helping to legalize cannabis.
Go Wayofleaf Premium
No thanks, I can't afford it
I already have an account
×
Login in to your premium account