Cannabis is full of aromatic compounds called terpenes. If anyone has been toking up nearby, you’ll know thanks to the classic smell that marijuana omits. The hoppy, pungent aroma of weed is one that most people will instantly recognize – whether they are avid smokers or not.

However, true cannabis connoisseurs – cannasseurs, if you will – can pick out each intricate smell of marijuana. The subtle hints of citrus, sugar, diesel, and pine found in many cannabis strains stem from terpenes.

Although these aromatic compounds are found in a massive variety of plants, there is an abundance of terpenes in cannabis, too. Well-known cannabis terpenes include:

A little-known addition to this group is ocimene. This sweet terpene is one that can be found in more strains than you think, and it may even have some benefits of its own.

Let’s dig deeper and learn more about the ocimene terpene.

What Does Ocimene Smell Like? Where Can I Find It?

Ocimene is actually a prevalent terpene found in perfumes, so it’s something you’ve probably already smelled before. It provides a woodsy, herbaceous aroma, but is most well-renowned for its sweetness. Those with a keen sense of smell may also detect some earth and citrus in there. 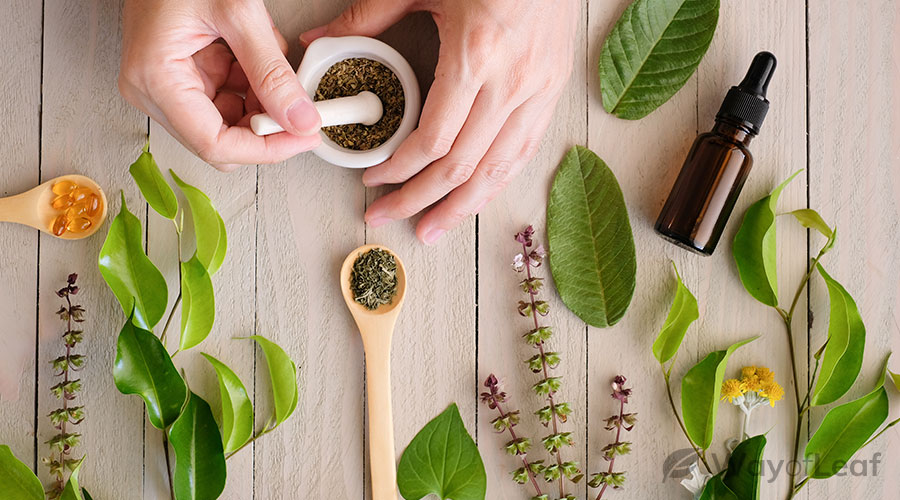 Ocimene occurs naturally in a wide variety of plants, so pinning it down is rather tricky. You can, however, quite easily notice its fragrance in:

As you can see, this is a botanically diverse list. The ocimene terpene does not tend to be a primary terpene, but it is present in small amounts in a variety of plants.

Due to ocimene’s tendency to occur in smaller amounts, it can be challenging to pick up on the terpene’s presence. That said, cannabis strains with a citrusy, woody undertone are likely to contain ocimene.

The Potential Benefits of Ocimene

In the plant world, ocimene may act as a protective agent against pests. Bugs like aphids tend to stay away from ocimene thanks to its distinct aroma, so it makes sense why many plants have evolved to contain ocimene.

As for humans, it’s difficult to say whether ocimene has any medicinal or aromatherapeutic benefits. The terpene does not have too many studies on it, but there are a couple around.

In 2013, researchers at the Federal University of Technology published a study suggesting that black pepper seeds could benefit people living with diabetes by inhibiting the proliferation of critical enzymes. The study highlighted ocimene as an essential compound found in black pepper seeds. (Specifically, black pepper oil was identified as an antioxidant).

In 2014, a separate study suggested that ocimene from Citrus unshiu acted as an anti-inflammatory. Researchers in the study revealed that ocimene made up 5.6% of the oil from this plant and that the oil was found to suppress several bodily inflammatory substances.

Other research tends to be older and is therefore not as reliable. The above two studies indicate that, much like other cannabinoids and terpenes, ocimene could function as both an antioxidant and an anti-inflammatory. Hopefully, further research will confirm this in the future.

Ocimene tends to be more commonly present in sativa and sativa-dominant cannabis strains. No matter where you find it, however, it’s unlikely to be found in high quantities. In some cases, it’s the second or third most abundant terpene, but it is seldom the highest-occurring terpene in any strain.

Some known strains that contain ocimene are:

Since ocimene is a little-known terpene, it’s often not listed in the description of cannabis terpenes. Keep your nose peeled, though, and you just might learn to pick up on it.

Ocimene has a very low boiling point of 150˚F (66˚C). As a result, those attempting to isolate the taste and aroma of ocimene in their cannabis strains are best off using a temperature-controlled vaporizer. (Check out WayofLeaf’s top picks for dry herb vaporizers here).

Since ocimene is mostly found in sativa-dominant strains, you may find that a low-temp vaporizer can provide the best citrusy flavor and the best uplifting effects.

Also, on kind of a side note, it’s worth pointing out that ocimene is insoluble in water. It is, however, soluble in organic solvents, meaning it would readily come out in a cannabis oil extraction.

Lastly, the Ocimene name is believed to stem from the plant genus Ocimum, which is the Ancient Greek word for basil. You may have noticed that basil featured on our earlier list of plants that contain ocimene, which, knowing what you now know, makes complete sense.

Final Thoughts on the Ocimene Terpene

Ocimene is a little understood, little-known terpene found in cannabis. It provides a delightfully sweet and citrusy flavor that makes a fantastic addition to many cannabis strains.

Keep on the lookout for ocimene strains, as you won’t regret the memorable, sweet taste of this terpene. Although it is relatively under-studied, there may be some potential benefits of consuming it as well. Either way, it’s common in uplifting sativa strains, so it’s definitely worth a try.

Related article
Why Are Terpenes Such a Valuable Part of Cannabis Therapy?

A closer look at the benefits …