The Cannabis Control Commission (CCC) is a state agency responsible for “implementing and administering the laws enabling access to medical and adult use of marijuana in the Commonwealth” of Massachusetts. The CCC consists of a Chairman and four Commissioners who all have their own respective roles and diverse range of responsibilities.

Among the chief aims of the CCC is the establishment of a regulated legal marijuana industry which will create jobs and generate tax revenues for the Commonwealth. The CCC is striving to become a best practice model for the other states who have legalized marijuana to follow and replicate. An important aim for the CCC is the inclusion of minority groups, particularly people from communities who have been “disproportionately harmed by marijuana prohibition” in the past.

Establishing a regulated legal marijuana industry is not without its challenges, however. One of the main obstacles facing the CCC is the continued prohibition of marijuana at the federal level. This has made the CCC’s job more difficult and has led to other problems in the industry, for example, financial institutions are still hesitant to provide funding to the growing number of entrepreneurs, companies, and dispensaries involved in the cannabis industry in the current political climate.

What Does the CCC Do? 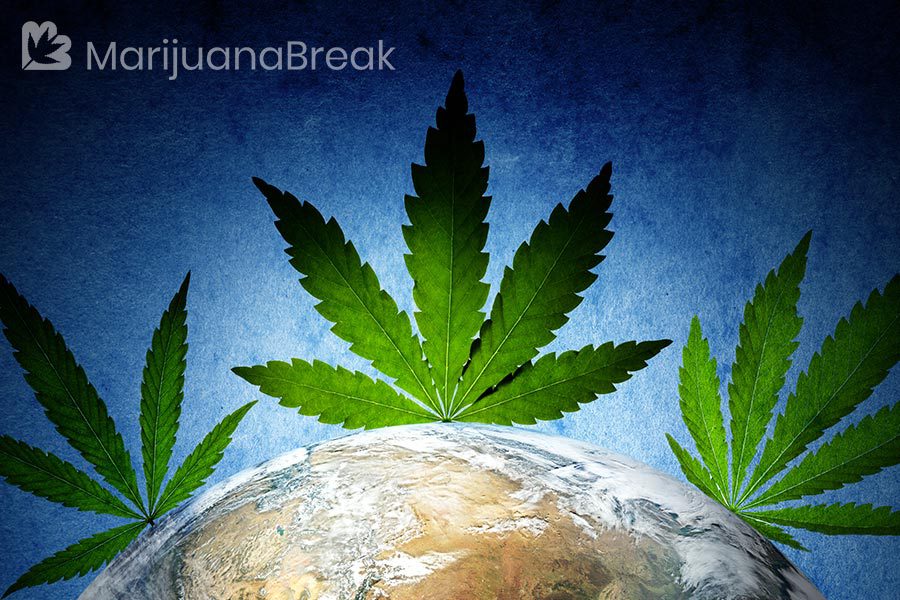 The chairman and the four commissioners of the CCC have a broad range of responsibilities and goals. As of December 2018, the CCC has begun overseeing the Bay State’s medical marijuana program, and the weighty responsibility of this task falls under the chairman of the CCC’s remit. Apart from overseeing the Bay State’s medical marijuana program, the chairman of the CCC is endeavoring to encourage financial institutions to begin lending to businesses and entrepreneurs involved in the burgeoning cannabis industry.

As for the other four commissioners of the CCC, they each have their own respective areas of responsibility. Together they cover a broad range of industry-related concerns, addressing issues such as minority-group inclusivity, generating public awareness campaigns, as well as establishing industry regulations, research and development, the issuing of licenses, and financial assistance, to name just a few.

To help generate public awareness about the safe and responsible use of marijuana, the CCC has created the “More About Marijuana” public awareness campaign, which aims to provide the public with key information regarding safe marijuana use as well as to mitigate any potential health risks for marijuana users. The legal age for marijuana use in the Commonwealth of Massachusetts is 21 years old. One of the Commissioners is focused on “preventing underage access to marijuana products and supporting responsible consumption among adults.”

In terms of increasing inclusivity of minority groups in the cannabis industry, the CCC has established a data-tracking initiative so that data-driven decisions can be made to address the significant lack of diversity among licensees and also to fulfill the commission’s mandate for diversity and equity.

This data-tracking initiative also allows the CCC to monitor its costs and revenues, public health and safety metrics, and other economic data which will be key to ensuring that policymakers at all levels can make informed decisions going forward.

The CCC has established a social equity program with the aim of fair and equitable treatment for all involved in the legal cannabis industry. The program will provide for preferential treatment and assistance for members of communities with a high rate of marijuana-related arrests in the past. The CCC’s data-tracking initiative will study the efficacy of this pioneering program to see if similar programs can be implemented in other states which have legalized marijuana.

In terms of public safety, one of the CCC’s commissioners is responsible for working with industry and government officials to prevent people from driving while under the influence of marijuana. Massachusetts has recently received funding from the federal government to train law enforcement officers to recognize the signs of drug-related impairment. Apart from this, officials from the CCC’s special panel have voted in favor of asking lawmakers in Massachusetts to expand the state’s implied consent law, where drivers who refuse a sobriety test could temporarily lose their license.

As well as generating public awareness and taking measures to address public safety concerns, the CCC is also tackling issues like the environmental impact of the “energy-intense” cannabis cultivation industry. The CCC has established an Energy and Environmental Workgroup, with one of the commissioners as its chairperson.

The CCC is setting out to transform the “state’s cannabis cultivation and manufacturing processes into a nation-leading energy-efficient model,” while also “promoting sustainable waste and agricultural best management practices.” The CCC has set strict energy consumption limits on the cannabis cultivation industry to make sure that the industry complies with Massachusetts laws established to bring about an 80% decrease in greenhouse gas emissions by 2050.

In January 2019, the CCC was planning on holding a meeting to discuss a timeline for developing regulations relating to the delivery and social consumption. The CCC has previously reserved “lower-capital business licenses” for small businesses as well as equity program participants. One of the commissioners of the CCC remarked that it could be a “matter of years” before cannabis cafes are actually opened in Massachusetts.

The work of the CCC is being closely followed by other states who have legalized marijuana. It is hoped that the successful establishment of a legal marijuana industry in the Commonwealth of Massachusetts and the model that the CCC are employing can be replicated in these other states.