Keeping up with CBD and cannabis laws can be tricky. Trust us – it’s our job! The situation is ever-changing, and it can be complicated deciphering regulations in different states.

The federal government has been reluctant to change its mind on marijuana, which has been illegal in the United States since 1937. CBD is a little more accepted. Either way, it’s up to individual states to have the final say. With different regulations in every state – and those regulations changing by the week – it’s hard to figure out what’s going on.

Nebraska is a state that has maintained a relatively strict stance against cannabis and CBD. Slowly, things are looking up for cannabis advocates in the Cornhusker State. Let’s find out more about the current situation with marijuana and CBD products in Nebraska.

Is CBD Oil Legal in Nebraska?

Broadly speaking the answer is yes if the CBD comes from hemp with a maximum THC content of 0.3%. However, answering this question is not straightforward. 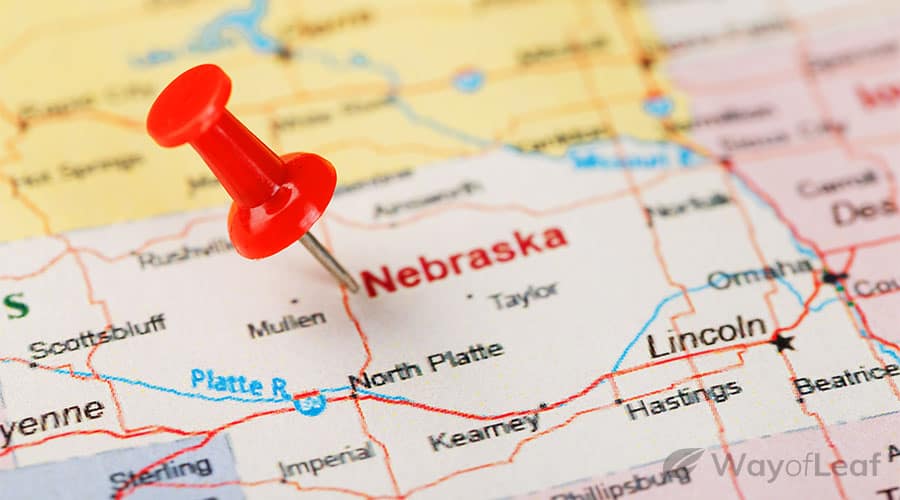 Before the Nebraska Hemp Farming Act passed in 2019, Republic Attorney General Doug Peterson issued a memo saying CBD was a Schedule 1 substance unless it’s an FDA-approved drug. The memo also made an exception for products approved by the University of Nebraska Medical Center.

No updates were made to this following the passing of the Hemp Farming Act. So, where does this leave CBD?

Related article
Why Was Hemp Banned After World War II?

Nebraska Revised Statutes section 28-405 does not list CBD as a controlled substance. This implies that you are free to use CBD should you choose.

There is a suggestion that hopeful CBD sellers can register their product with the Nebraska Department of Agriculture. Once the Department tests and approves the product, it is licensed for sale within the state, diminishing the risk of arrest.

Please note that you must also pay all relevant fees, including:

It’s better to pay the fees, as penalties for selling unlicensed CBD products in Nebraska can amount to $25,000 and a prison sentence of up to 20 years.

Although these regulations are confusing, the crux is this: Hemp-derived CBD products seem okay as long as the relevant authorities approve them.

Many online reports imply that the Farm Bill made hemp and CBD legal. This is a bit of an oversimplification.

The Plot Thickens with the Farm Bill

The Farm Bill is a piece of federal legislation outlining agricultural practices in the USA. It’s updated every 5-6 years on average, with the most recent version being the 2018 Farm Bill.

Part of this bill was the Hemp Farming Act. The Act separates hemp and marijuana by definition, outlining that industrial hemp plants contain less than 0.3% THC. Under this definition, the Act allows states to decide on hemp cultivation and CBD production. This opens a pathway for states to think about the sale and use of CBD products.

In Nebraska, it led to the Nebraska Hemp Farming Act, which became law on May 30, 2019. Before this act, only universities could grow hemp for research purposes. Now, cultivators can apply for a license to grow and process hemp in the state.

Hemp farming acts are usually an excellent opportunity for CBD sales. The Nebraska Hemp Farming Act does not mention CBD specifically at any point, though, causing quite a bit of confusion.

What CBD Products Can I Use in Nebraska?

Up to now, the only CBD product you can use with absolute certainty in Nebraska is Epidiolex. The FDA has approved this synthetic cannabinoid. However, you can only obtain it from a healthcare provider if you have a severe form of intractable epilepsy.

With the above information in mind, it seems that Nebraska isn’t being too strict on hemp-derived CBD right now. Most penalties are leveled at retailers, as the regulations for selling CBD are even more blurry. As a consumer, you likely don’t have to worry much. 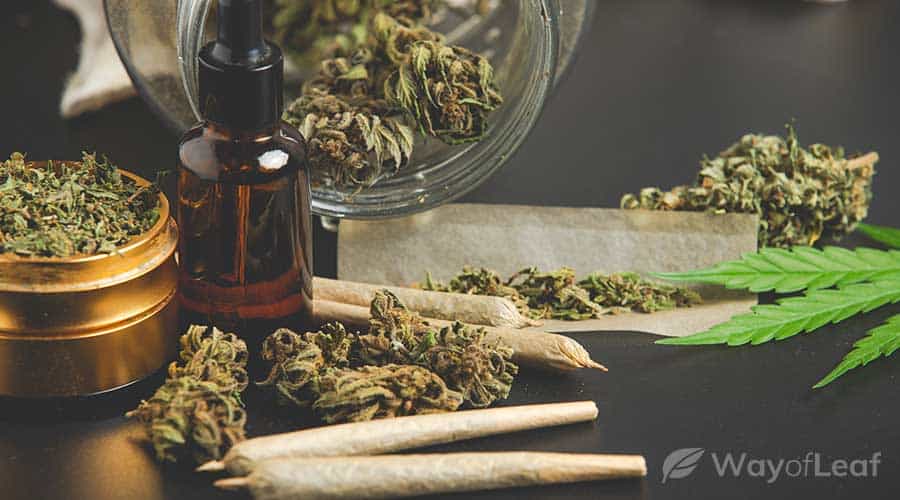 Unlike some other states, Nebraska doesn’t appear to have a ban on particular consumption methods. However, a proposed MMJ bill would have banned smokable forms, so it’s probably best to avoid raw hemp flower. Vape shops are also taking a hit from law enforcement right now, so maybe stay away from vaping.

Tinctures, gummies, capsules, and topicals do not appear to be causing a huge problem.

Where to Buy CBD in Nebraska?

However, it’s probably best to source CBD products from out of the state. It’s tricky to find licensed products in Nebraska due to the complex nature of the rules. There are plenty of high-quality CBD retailers online that offer products following the Farm Bill’s rules.

Whenever you buy CBD, it’s vital to stick to a hemp-derived product with less than 0.3% THC. You can verify this information by checking lab reports. Never buy from a company without visible lab reports. Here are five online CBD brands that tick all the right boxes:

Is Marijuana Legal in Nebraska?

No. In 1927, the state of Nebraska banned cannabis. Not only did this ban prohibit marijuana, but it also led to the rapid decline of hemp production. Throughout America, the prohibition of marijuana led to a gray area for hemp cultivation, and it all but died out.

Ever since the 1920s, Nebraska has maintained its anti-cannabis stance. To this day, possession is illegal, but decriminalization means that penalties are not as harsh as they once were. In 1969, Nebraska eased the restrictions so that first-time possession is not a serious offense.

In 2012, the neighboring state of Colorado legalized cannabis recreationally. Nebraska law enforcement subsequently noted an 11% increase in marijuana arrests. In a strange turn of events, Nebraska and Oklahoma attempted to sue Colorado in the Supreme Court. The Court intervened and denied the request to proceed with the lawsuit.

These days, there is a growing push for the state to legalize medical marijuana. However, at the time of writing, medical marijuana use in Nebraska remains prohibited. The Cannabis Compassion and Care Act was proposed in 2015, which would have permitted marijuana concentrates for therapeutic purposes. Suggested medical conditions included HIV/AIDS, glaucoma, and cancer.

In 2016, a Senate filibuster blocked the bill. As a result, Nebraska is still suffering from a lack of MMJ. The fight continues, however. There are concerted efforts to legalize the substance, although cannabis proponents continue to face stiff opposition.

Nebraska has decriminalized the possession of small amounts of marijuana. Therefore, you are guilty of a civil infraction if caught with less than an ounce. The penalty is a fine of $300. If found with a small amount of weed for a second time, you are charged with a misdemeanor and could spend five days in prison. A third offense means a possible seven-day jail term.

It is a misdemeanor to carry over an ounce with a potential 3-month jail stint as the penalty. The possession of over a pound of weed is a felony. This is a serious charge, and you could spend five years in prison if found guilty.

Things get even worse if you’re caught selling marijuana in Nebraska. It is a felony to sell any amount. There is a mandatory minimum prison sentence of a year attached to this crime, but you could face up to 20 years of imprisonment!

Nebraska does not have some of the easiest regulations to understand. The fact that marijuana is illegal is black-and-white, but CBD is occupying a gray area right now. Many Nebraskans enjoy CBD products without a worry, but you need to be careful that your CBD comes from a trusted source.

As for MMJ, the tide might be turning. Campaigners are pushing hard for medical marijuana in Nebraska. Perhaps we will see big changes sometime soon.

Is CBD Legal in All States? [2022 Updated Explanation]

The answer isn't that simple...

6
6 min read
Join the discussion
TOC
Premium
Your subscription has ended
If you love cannabis and appreciate our content, join WayofLeaf Premium today and receive:
Best of all, part of your membership fee will go towards helping to legalize cannabis.
Go Wayofleaf Premium
No thanks, I can't afford it
I already have an account
×
Login in to your premium account