There is no doubt that the CBD industry is growing at an exceptionally rapid rate. A report by Grand View Research estimates that the global market could be worth over $23 billion by 2025. It is already a multi-billion-dollar industry. Not bad for a market best described as ‘niche’ only a few years ago.

One troubling thing about the industry is the prevalence of misinformation. With so many people using products like CBD oil, it is essential to learn the facts. Yet we still see many websites getting the basics wrong.

For example, CBD isn’t ‘non-psychoactive;’ it is ‘non-intoxicating,’ which means it doesn’t cause the high associated with marijuana. Also, CBD is not strictly legal in all 50 states. This is because it isn’t yet federally legal.

Indeed, the general public is still very much in the dark regarding many aspects of cannabidiol. We aim to set the record straight in this guide.

CBD and THC are the best-known cannabinoids in the cannabis plant. Both are psychoactive because they change nervous system function. This results in potential alterations in mood, behavior, cognition, perception, or consciousness.

THC consumption tends to result in an intoxicating high. The same thing does not happen with CBD. These days, cannabidiol sellers do their best to ensure products contain a maximum of 0.3% THC.

Moreover, CBD could counter THC effects, which include paranoia and anxiety. Most THC-induced effects occur due to its activity on the endocannabinoid system’s (ECS) CB1 and CB2 receptors. However, CBD has a much weaker affinity for these cannabinoid receptors. Instead, it is a partial antagonist of CB1 receptors and a weak inverse CB2 agonist.

A study published in Frontiers in Psychiatry in 2013 looked into whether CBD counteracted THC’s intoxicating effects. The researchers found that CBD was potentially neuroprotective. As a result, it potentially helped reduce the effects of THC.

A study published in the Journal of Psychopharmacology in 2012 also analyzed the combination of THC and CBD. It found that CBD potentially inhibited memory impairment and paranoia associated with THC.

A growing number of people use a combination of CBD and THC. There are a host of famous cannabis strains with a 1:1 THC to CBD ratio. These include:

If you choose a 1:2 THC to CBD ratio, you will still experience a mild high but are unlikely to feel intoxicated.

According to a report created by Nielsen and Headset, the CBD pet product market represents an excellent opportunity for entrepreneurs. It discovered that a remarkable 74% of CBD users have pets. Moreover, around one-quarter of American dog owners use hemp-derived CBD products. Half of these individuals say the product is for their canine friend.

Dogs, cats, horses, and other mammals all have an endocannabinoid system, just like humans. Therefore, CBD could theoretically work in the same way it does on us.

At present, research into CBD for pets is limited. However, a 2017 report by the World Health Organization (WHO) suggested that CBD was safe and well-tolerated by animals.

A study published in Frontiers in Veterinary Science in 2018 made an exciting discovery. It found that CBD helped increased activity and comfort in dogs with osteoarthritis. A follow-up study, published in the Journal of the American Veterinary Association in 2019 was also interesting. It discovered that CBD potentially helped reduce the frequency of seizures in dogs with epilepsy.

Both studies were peer-reviewed and well-designed. However, they were also preliminary with small sample sizes. In both studies, the dogs experienced an increase in the liver enzyme alkaline phosphatase (ALP) when using CBD.

Stephanie McGrath authored both canine studies mentioned above. She recommended that pet owners avoid giving CBD to animals with liver issues. This is because the liver likely metabolizes CBD. This can also cause issues in humans, especially those who use certain pharmaceutical drugs.

When you consume a substance, your body breaks it down (metabolizes it). The cytochrome P450 (CYP450) family of enzymes converts foreign substances to ensure they are removed from the body. However, certain substances, especially medications, impact CYP450. This process can slow down or speed up drug metabolism. 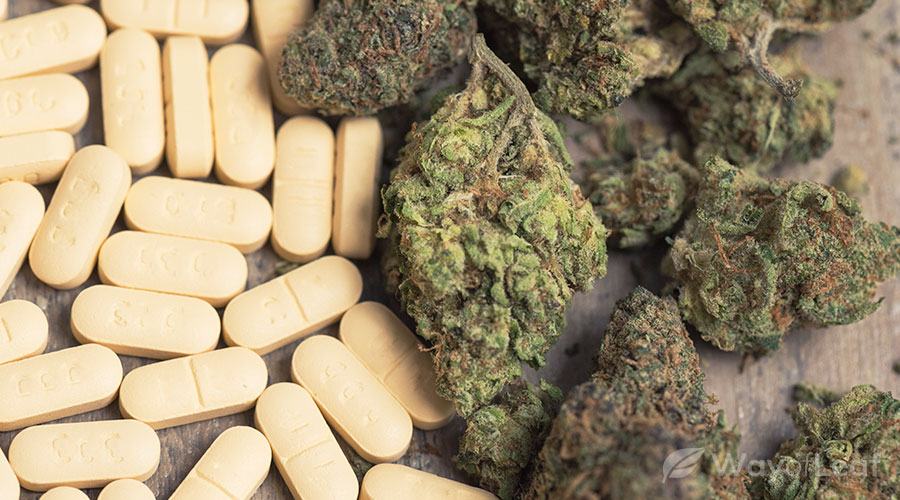 The CYP450 system metabolizes various cannabinoids, including CBD. It is the CYP3A4 enzyme that performs this particular task. It also metabolizes around 60% of all prescription drugs. If you use CBD and one of these drugs, you will unknowingly affect how the drug works.

If you use medication that carries the ‘grapefruit’ warning, avoid using CBD. Grapefruit is rich in furanocoumarins, chemicals that inhibit CYP3A4. Therefore, grapefruit has a similar effect on CYP3A4 as CBD. Here are a few drugs that often carry a grapefruit warning:

If you use one of the above, speak to your doctor before using CBD.

4 – CBD Is Technically Illegal in Some States That Allow Marijuana!

Although CBD is non-intoxicating, it is technically prohibited in certain states. This is even the case in locations where recreational cannabis is permitted! For example, in California, you can legally consume marijuana if you are an adult aged 21+. However, the Golden State is less clear on the legality of CBD.

The Sherman Food, Drug, & Cosmetic Law in California is similar to the FDA’s Food, Drug, and Cosmetic Act. The Sherman Law doesn’t permit the sale of ‘adulterated’ food.

The California Department of Public Health (CDPH) hasn’t officially declared that hemp CBD is ‘adulterated.’ However, it is seemingly using the provision as a basis for how it enforces the law.

The Los Angeles Department of Public Health HAS made a statement saying that hemp CBD is an adulterant. There isn’t a specific state law that bans the sale, processing, or consumption, of hemp CBD outside of the licensed cannabis chain. However, certain authorities could, in theory, use the Sherman Law or federal rules to ban certain CBD products.

It is fascinating that this legal loophole exists, and it is the same in several other states. Realistically, of course, companies that want to sell CBD food and beverages in California should face no obstacles.

5 – Only One CBD Product Is Federally Legal

At present, Epidiolex is the only product containing CBD that is FDA-approved. You can get it via a doctor’s prescription to manage the symptoms of epilepsy, including seizures. Many websites claim that CBD is legal in all 50 states. Some of them also suggest that the 2018 Farm Bill legalized cannabidiol in the United States. Neither statement is true.

The Farm Bill legalized the growth of industrial hemp with a maximum THC content of 0.3%. It did not expressly legalize CBD or any other cannabinoid. Each state must submit a hemp growing program to the United States Department of Agriculture (USDA) for approval. Almost every state has done so.

The Farm Bill does not expressly permit the sale, possession, or use of CBD, or any other cannabinoid. It is an odd situation since most hemp grown in the U.S. is for the CBD market!

As it isn’t federally legal, each state has the option to implement laws. The vast majority of states don’t have any problems with the CBD industry. However, a handful make it difficult for companies and consumers. We have even heard of a few CBD-related arrests!

In a general sense, however, almost everyone that looks for CBD in the United States has little problem finding it.

Hopefully, this article has helped educate you and also clear up some misinformation. CBD isn’t yet federally legal, nor is it legal in all 50 states. It isn’t well-regulated at present either. As a result, you need to focus on well-established brands that offer third-party lab reports for their products.

Research into CBD is ongoing, but early results are promising. It is already a billion-dollar market but is sure to grow exponentially in the next few years.

1
4 min read
Join the discussion
TOC
Premium
Your subscription has ended
If you love cannabis and want to support our site, join WayofLeaf Premium today and unlock
Best of all, part of your membership fee will go towards supporting the fight to legalize cannabis.
Sign Up for WoL Premium
Not now
I already have an account
×
Log in to Your Premium Account