Autoimmune disorders are a widespread problem. Figures suggest they affect as many as 8% of the population. They are the third most common cause of chronic illness after cancer and heart disease.

There are many different types of autoimmune disorders, and these conditions have a variety of symptoms. However, one thing which many autoimmune diseases have in common is that they are challenging to treat.

Furthermore, many autoimmune conditions are incurable. This leaves sufferers without any option but to try to treat the symptoms of their disabling issues.

In this article, we explore whether CBD could offer some respite from autoimmune disorders. Read on to find out more.

What Are Autoimmune Disorders?

Autoimmune disorders are a group of medical conditions in which the immune system attacks healthy tissue.

The immune system is built to protect the body from microbes such as bacteria, viruses, and fungi. Under normal circumstances, it performs the essential task of keeping us safe and free from disease. It does this by recognizing microbes as ‘foreign’ and destroying them before they cause serious harm.

However, in some people, the immune system fails to distinguish between dangerous invaders and the body’s own healthy cells. It begins to attack these cells as if they were microbes, causing widespread damage and inflammation.

This means that two people with autoimmune disorders may experience very different problems. There are at least 15 conditions that are directly caused by autoimmune reactions. However, scientists believe that autoimmunity could play a role in as many as 80 different diseases.

Some of the most common autoimmune disorders include:

It is unclear precisely why some people develop autoimmune disorders. Doctors believe that a combination of genetics and environmental factors play a role.

Additionally, 78% of people with autoimmune disorders are female. The fact that these conditions affect more women than men has led some to speculate that hormones may play a role.

However, since the exact cause of autoimmune disorders is still a mystery, these conditions are incredibly difficult to treat.

For the most part, medication can only help people to manage their symptoms and lead a more comfortable life. This is where CBD comes into the picture.

CBD oil has gained a lot of attention recently. It is becoming a popular remedy for a wide range of ailments, including some symptoms of autoimmune disorders.

So, how does CBD oil help autoimmune disorders? Let’s take a look. 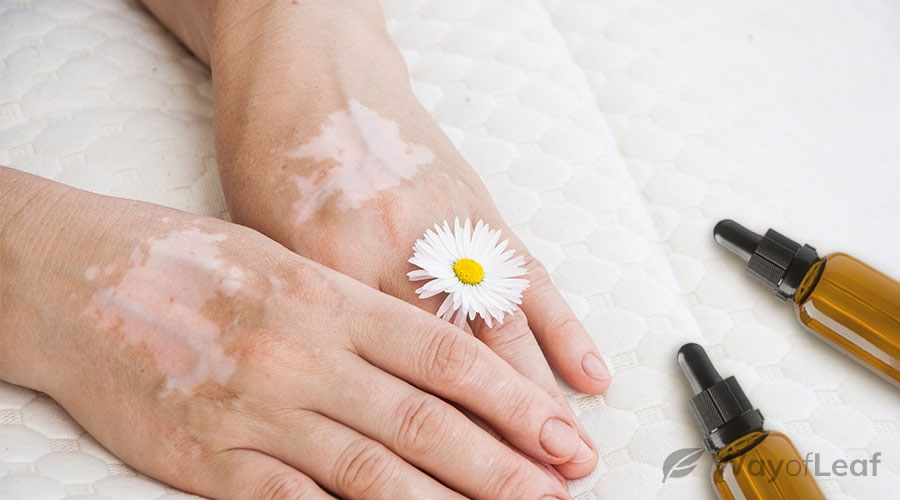 Because autoimmune disorders involve the immune system, they tend to cause inflammation.

In healthy people, inflammation is a sign that the immune system is doing its job. It causes everything from the redness that occurs when a person cuts themself to a sore throat when they catch a cold.

Usually, this inflammation switches off once the immune system has neutralized any threats. But in people with autoimmune conditions, it carries on as the immune system attacks healthy cells. And this is where CBD could help.

Among its many potential benefits, CBD is a potent anti-inflammatory. It works by interacting with the body’s endocannabinoid system (ECS). The ECS is responsible for controlling many biological functions, including the immune system.

But although we know that CBD has powerful anti-inflammatory properties, there are still very few clinical studies on specific conditions. Let’s take a look at the current research on CBD for some of the most common autoimmune disorders.

In conditions like rheumatoid and psoriatic arthritis, the immune system attacks the joints. This inflammation causes swelling, stiffness, and pain.

Chronic pain is possibly the most common reason why people use CBD oil. Research shows that in mice, joint pain and swelling were reduced by topical application of CBD.

Using CBD topically allows it to bypass the digestive system. This increases its absorption rate and ensures that it gets to where it is needed most.

For more information about CBD topicals, here’s our article on CBD cream for pain.

Another autoimmune disorder for which people frequently use CBD is multiple sclerosis (MS). In fact, one of the only cannabis-based medicines that is FDA approved is Sativex, a drug used to treat spasticity in MS.

MS occurs when the immune system damages nerve cells. This causes a range of disabling symptoms, including:

These symptoms can come and go but tend to get progressively worse over time.

CBD could benefit MS by offering temporary relief from some of its symptoms. However, research suggests that it may also help to slow the progression of the disease.

A study published in 2018 in Frontiers in Immunology found that CBD increases a type of cell known as myeloid-derived suppressor cells (MDSC).

MDSC cells suppress the immune system and help to reduce inflammation. Therefore, increasing the number of these cells could have real benefits for MS patients.

Although the above study was done on mice rather than humans, the results were very promising. The mice treated with CBD had a delayed disease progression compared with controls.

Other research suggests that CBD could improve MS fatigue, pain, depression, and spasticity too.

Autoimmune disorders may also affect the thyroid gland, causing it to become over or underactive. It is possible CBD could help here too.

One 2017 study looked at recent cannabis users compared with past users and those who had never used it. The results indicated that among recent cannabis users, there was a lower frequency of raised thyroid-stimulating hormone (TSH). TSH is a hormone that is often raised in people with an underactive thyroid.

The recent cannabis users also had a lower frequency of raised positive TPOAb. TPOAb is an antibody that indicates that an autoimmune reaction is causing a thyroid disorder. Although the details are still unclear, it seems that CBD has a positive influence on thyroid health.

Learn more in our related article about how CBD affects the thyroid.

Another example of the immune system attacking a hormonal gland is type 1 diabetes. In this condition, the cells of the pancreas become damaged and are unable to produce insulin. Could CBD help here too?

A study published in 2017 in Clinical Hemorheology and Microcirculation suggests it might. The authors found that mice treated with CBD developed diabetes later than their counterparts. Furthermore, they found signs of reduced immune activation and improved circulation in the pancreas of the mice.

Although these results are promising, more research is necessary to confirm how CBD affects diabetes in humans.

How to Use CBD Oil for Autoimmune Disorders

We have discussed the autoimmune disorders for which CBD has the most scientific evidence. But if an individual suffers from a condition we have not mentioned, CBD may still be worth a try.

However, before starting CBD therapy for any autoimmune disorder, there are a few things to consider.

Firstly, it is crucial to understand that although CBD is relatively safe, it can interact with many different medications. Therefore, anyone taking prescribed or over-the-counter meds should talk to their physician before using CBD.

The second thing to consider is which form of CBD to use, as the cannabinoid comes in many different forms. These include oil, capsules, edibles, topicals, and vapes.

Vaping is one of the fastest-acting ways of using CBD. It is popular among people who need immediate relief and who enjoy the experience of vaping. The downside is that its effects may not last as long as other consumption methods. There are also some questions surrounding the safety of vapes.

Finally, be sure to choose a CBD oil that is high-quality and comes from a reputable brand. Look for full-spectrum oils which contain a range of other beneficial ingredients as well as CBD. Consumers should also consider the extraction process of the CBD and whether the brand publishes third-party lab reports.

Still uncertain about how to get the most out of CBD? Read our article CBD Therapy: Which is Best for You?

Autoimmune disorders are widespread and can have a massive impact on patients’ quality of life. Unfortunately, due to a lack of understanding, there are very few effective treatments and, currently, no known cures.

CBD could potentially help in some cases. It can reduce inflammation, which is at the root of many autoimmune symptoms. It may even help to slow down the immune system enough to provide some relief.

However, it is critical to understand that CBD research is still in its infancy. While the substance shows promise for a range of conditions, there is still an awful lot to learn.

In the meantime, be sure to talk to a doctor before starting any CBD oil therapy. This is especially important for anyone suffering from an autoimmune disorder or any other chronic health issue.

18
3 min read
Video
Join the discussion
TOC
Premium
Your subscription has ended
If you love cannabis and want to support our site, join WayofLeaf Premium today and unlock
Best of all, part of your membership fee will go towards supporting the fight to legalize cannabis.
Sign Up for WoL Premium
Not now
I already have an account
×
Log in to Your Premium Account