The prevalence of anxiety is rising in Western nations, and the USA is not immune to this trend. According to the largest book retailer in the country, Barnes & Noble, sales of books about anxiety have jumped by 25%. It is, in some ways, a mysterious condition. You feel trapped in an invisible cage; you’re a prisoner but don’t know why. You feel terrible for reasons you can’t define.

Panic attacks, better known as Panic Disorder, relate to an anxiety disorder that affects roughly 1.7% of American adults. This equates to around 2.4 million people. Women are twice as likely to develop the condition than men, and 50% of all people who have a panic disorder develop it before the age of 24.

Whether panic attacks link directly to anxiety or else they start through some other stress factor, they are real, frightening, and emotionally debilitating. Generally, doctors will treat panic attacks with psychological therapy, medication, or a combination of both. Thanks to recent research, however, an alternative option has come to light. Scientists are agreeing that CBD is potentially an effective treatment for panic attacks.

What are Panic Attacks? 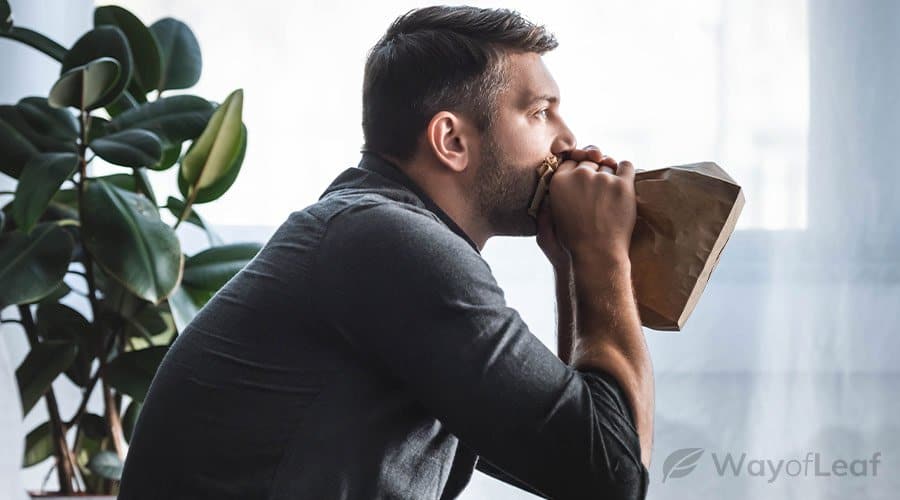 In contrast, Panic Disorder does not relate to a stressor. Rather, it involves repeated and unexpected instances of intense fear. This precedes symptoms such as heart palpitations, dizziness, shortness of breath, and abdominal distress. Sometimes, the symptoms mimic those of a heart attack or another serious medical condition. As a result, extensive testing is sometimes necessary to correctly diagnose Panic Disorder.

Individuals with Panic Disorder often develop a feeling of intense anxiety between their episodes. In fact, it isn’t unusual for someone in this situation to develop a phobia about a place or situation where a previous panic attack has occurred (such as at a shopping mall or restaurant).

As the frequency of the attacks increase, the individual avoids situations where they believe another attack may occur. or else they may not get immediate help. Although an isolated panic attack might only last for a few minutes, it leaves a deep psychological imprint.

The memory of the fear and terror you experienced can devastate your self-confidence and cause serious disruption to your everyday life. Eventually, you could suffer from one of these Panic Disorder symptoms:

Common symptoms of panic attacks include:

Unfortunately, doctors have been unable to pinpoint the reasons why certain people get Panic Disorder, although it does seem to be partially hereditary. Other causes could be stressful life events (such as entering a new workplace, getting married, having a child, or the death of a loved one) and thinking in a manner that exaggerates your normal bodily functions. Alas, the precise reason is unknown, although Panic Disorder is the subject of detailed scientific investigation. 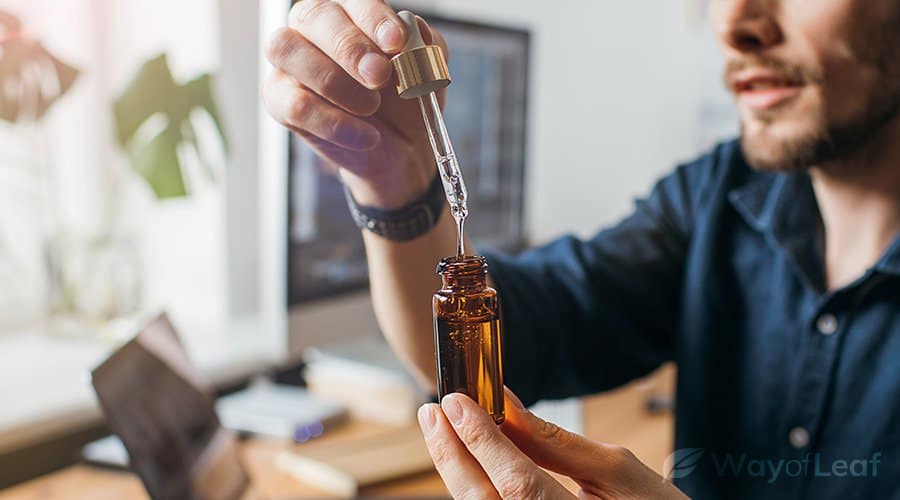 Studies in humans and animals try to pinpoint the specific brain areas that associate with in fear and anxiety. We understand that a structure deep within the brain known as the amygdala coordinates fear response. This is a complex structure, and according to research, abnormal activation in this part of the brain could produce anxiety disorders.

Another possibility is that Panic Disorder, as well as associated panic attacks, are caused by a physical issue or a medical condition such as:

Traditional Medicine to Treat Panic Attacks (Not Related to CBD)

If you decide to go down the traditional route to treat a panic attack then it’s important to understand that doctors will tend to prescribe two types of medicine:

Antidepressants – This is generally the first choice of doctors. When taken regularly, they alter neurotransmitter configurations which in turn help to block symptoms.

Substances to Avoid When Experiencing a Panic Attack

CBD and Panic Attacks – The Science

As of now, it is known that THC can have a calming and soothing effect on the human body. This occurs when the anandamide in our bodies react with the THC in cannabis. Recent studies, however, show that a different cannabinoid known as CBD may also have positive effects on panic suffers.

One study published in Neurotherapeutics, for instance, examines CBD as a possible treatment for anxiety disorders. The conclusion states that preclinical trials suggest CBD’s effectiveness in reducing anxiety behaviors. 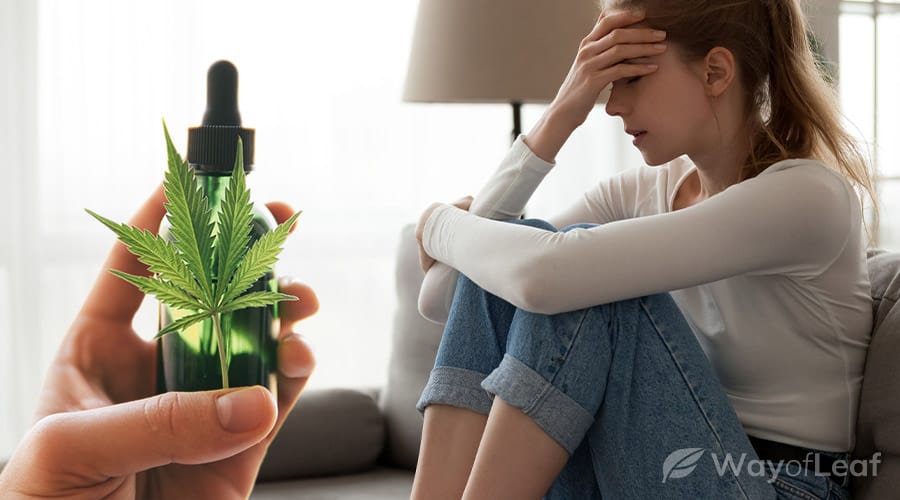 The researchers found that cannabidiol helped with various disorders, including SAD, PTSD, PD, OCD, and GAD. It stated that the anxiolytic actions of the cannabinoid depended on CB1 receptors and 5-HT1A receptors in several brain regions. The study also stated that further investigation of the additional receptor actions could uncover more mechanisms.

It went on to say that findings in experiments involving humans supported preclinical discoveries, and suggest a minimal sedative effect, a lack of anxiogenic effects, and a safety profile described as ‘excellent’. The study did point out that the findings are mainly based on ‘acute CBD dosing’ in healthy people. This means additional research is needed to find out if chronic dosing is effective in the relevant clinical populations.

One of the most recent reviews of studies involving CBD and anxiety was conducted by Soares and Campos in 2017, where it was published in the Current Neuropharmacology journal. The research paper was titled ‘Evidences for the Anti-panic Actions of Cannabidiol’. The researchers pointed out that SSRIs, the current first-line treatment for Panic Disorder, are not effective in the long-term, and carry an array of side effects that cause patients to discontinue the treatment.

What did the research say?

In contrast, CBD has anti-anxiety properties, and the duo put the theory to the test on both human and animal subjects. The research concluded that “CBD seems to be a promising drug for the treatment of PD.” It did go on to say that clinical trials involving patients with Panic Disorder were needed to show the “specific mechanism of action of CBD” along with the cannabinoid’s “safe and ideal therapeutic doses.”

A review by Crippa et al., published in the September 2018 edition of Frontiers in Immunology, looked at the therapeutic potential of CBD. The paper aimed to describe the advances in the use of cannabidiol in neuropsychiatry. The review found that CBD had antipsychotic, anxiolytic, and neuroprotective properties.

Both basic and clinical investigations found that CBD had benefits for patients with conditions as wide-ranging as PTSD, Parkinson’s, bipolar disorder, social phobia, and sleep disorders. The researchers wrote that CBD was a “useful and promising molecule” that could help people with a variety of clinical conditions.

While this is potentially fantastic news, there is one problem: Even the most inexpensive high-quality CBD products cost around $70-80 per 1,000mg. Therefore, a single 300mg dose is the equivalent of $21-24. If you took a single dose every day, it would be $600-700 per month.

Even though brand antidepressants and other anti-anxiety medications can cost $200 a month, it is still less costly than CBD. On the other hand, if CBD works and the other drugs don’t, there isn’t much of a conversation to be had! Hopefully, future studies will show the efficacy of smaller CBD doses. Over time, the price of CBD is likely to go down as competition in the market intensifies.

Preliminary research into CBD’s effects on Panic Disorder, plus an array of other conditions, has proven positive to date. CBD comes from specially grown marijuana strains such as Cannatonic, Harlequin, Charlotte’s Web, and ACDC. However, weed remains federally illegal in the United States, so conducting clinical studies on it is next to impossible; at least it is with cannabis used on the streets.

In contrast, industrial hemp is now legal to grow in the U.S., and this plant contains a mass of CBD with little THC. Therefore, it should theoretically be easier for scientists to learn more about this particular cannabinoid. Soon enough, we should have ample evidence which proves CBD’s efficacy, or lack of.

If you have been diagnosed with Panic Disorder and have turned to CBD for help, please let us know all about your experiences in the comments section below. Include your diagnosis (if you feel comfortable sharing), your daily CBD dosage, and the effects you felt. Remember, the research backs up many claims about CBD, but it is only a drop in the ocean. A LOT more studies have yet to be conducted.

As things stand, anecdotal evidence into the benefits of CBD for anxiety disorders such as PD is mounting up. We know that there are tens of thousands of people all over the world who swear by CBD. Although there is still some resistance; an increasing number of experts believe that cannabidiol has potential therapeutic use. If it helps wean people off dangerous opioids, that is a bonus.

3
4 min read
Join The Discussion
More comments
TOC
Premium
Your subscription has ended
If you love cannabis and want to support our site, join WayofLeaf Premium today and unlock
Best of all, part of your membership fee will go towards supporting the fight to legalize cannabis.
Sign Up for WoL Premium
Not now
I already have an account
×
Log in to Your Premium Account