In recent years, drug addiction has become an increasingly common problem. One prime example includes the current opioid epidemic that has been sweeping across the United States. There are estimates that over 130 people die from an opioid overdose every day in the US.

Many agencies are taking measures to improve this situation by facilitating access to treatment plans, recovery centers, and revising pain management practices. However, recovering from drug addiction can be a long and arduous process.

Mitigating symptoms of withdrawal makes it easier for those suffering from addiction to stay clean. When it comes to assisting those with addiction-related symptoms, CBD may appear to be a viable alternative.

How CBD Works for Drug Addiction

CBD is just one of the hundreds of active compounds found in the plant Cannabis sativa. Unlike THC, CBD does not have intoxicating properties, but it does offer a range of possible health benefits, including stress-relief, antioxidant, and anti-inflammatory effects.

CBD (and other cannabinoids) work by influencing what is known as the endocannabinoid system.

This complex system comprises a series of receptors known as the CB1 and CB2 receptors, alongside chemicals called endocannabinoids.

CBD has not been found to be addictive, and it has shown the ability to regulate the stress response and may help to mitigate compulsive behavior. CBD may also have an effect on opioid receptors, meaning that it could help those suffering from opioid addiction with some of their withdrawal symptoms.

Opioid addiction is one of the most disastrous public health crises of the 21st century. Since the 1990s, when pharmaceutical companies first claimed that prescription opioid painkillers were safe and non-addictive, their usage has been on the rise.

However, these claims have now proven to be false, with an estimated 11.4 million people admitting to misusing their prescription painkillers and around 8–12% of prescriptions thought to lead to addiction.

Between 2016 and 2017, a massive 81,000 Americans used heroin for the first time – a sign that the opioid epidemic is not likely to be over any time soon.

Related article
Are There Specific Marijuana Strains That Can Help With Opioid Addiction?

Cocaine is highly addictive, and it is the second biggest killer after opioids. As well as powerful cravings, people trying to come off cocaine report withdrawal symptoms including:

CBD may prompt users to relax and feel less stressed. These are important in the recovery of those addicted to cocaine or amphetamines.

One particular study published in Neuropsychopharmacology looked at rats who were using cocaine and alcohol daily. The researchers applied a transdermal CBD gel to the rats’ skin every 24 hours for seven days, and the results were promising.

Although no CBD could be detected in the rodents’ blood three days after the treatment period was over, the rats showed both a reduction in returning to the drug, as well as decreased anxiety and reduced behaviors related to their dependence for up to five months.

Alcohol is an addictive drug, in spite of the fact that it’s one of the most commonly used substances out there. And unfortunately, the consumption of alcohol is increasing at unprecedented rates. Like other drugs, addiction to alcohol can have major repercussions on the body. 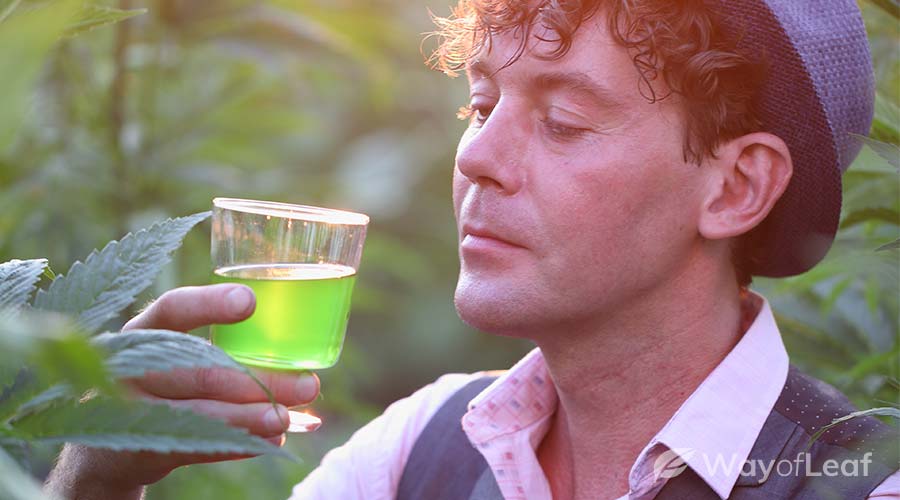 For example, alcohol withdrawal can cause symptoms, including:

We already know that CBD can “directly reduce [the consumption] of alcohol in subjects with Alcohol Use Disorder [AUD],” and there is now at least one ongoing clinical trial relating to the use of CBD for alcohol withdrawal.

The effects of alcohol withdrawal are commonly treated using benzodiazepines, which, according to the study linked above, present concerns because of their potential for “increased risk of relapse due to symptoms of alcohol dependence that return after cessation of treatment.”

Tobacco addiction is another widespread problem across the globe. Although the withdrawal symptoms may not be so severe as opioids or cocaine, they can still be enough to stop millions of smokers from kicking the habit despite the well known long-term health risks of tobacco use.

Studies have shown that CBD could help with many of these nicotine withdrawal symptoms.

One study involving 24 smokers provided half of the subjects with an inhaler containing CBD and the other half with a placebo inhaler. Researchers instructed subjects to use their inhalers whenever they felt the urge to smoke. In the CBD group, the participants reduced their tobacco intake by around 40%. Those in the placebo group continued to use tobacco as much as before.

Another study asked 30 smokers to abstain from tobacco overnight before the researchers administered 800 mg of oral CBD or a placebo. Researchers showed the participants images related to cigarettes and smoking to induce cravings. Findings suggested that CBD “reduced the salience and pleasantness of cigarette cues, compared with placebo, after overnight cigarette abstinence in dependent smokers.”

Estimates suggest that around 30% of cannabis users suffer from “cannabis use disorder” to some extent, especially those who pick the habit up at a young age. Cannabis use disorder means that cannabis smoking becomes a priority over regular activities and begins to interfere with work or relationships. Daily users who try to quit may suffer from withdrawal symptoms such as:

These effects occur because the cannabinoids in marijuana affect the body in a similar way to the endocannabinoids, which we produce naturally. Frequent cannabis use reduces the body’s production of and sensitivity to endocannabinoids.

When users stop cannabis consumption, the body takes a bit of time to catch up and restore its endocannabinoids to their normal levels, resulting in the withdrawal effects listed above. The effects of cannabis withdrawal usually begin 24 –48 hours after cessation, peaking at 4–6 days and lasting up to three weeks.

Related article
Cannabis Use Disorder: What Is It & Can CBD Help?

Is CBD the answer?…

How CBD May Help

The primary compound in cannabis that causes addiction is THC. However, CBD can reduce THC’s addictive effects by interacting with CB1 receptors in the body in a way that lessens THC’s ability to bind, thereby blocking some of its activity.

In recent years, the THC content of cannabis has been increasing, meaning that marijuana addiction could become even more prevalent in the future. Therefore, regular cannabis users must be aware of just how strong their marijuana strain is to avoid developing problems later on. Users that smoke cannabis with a high THC content may want to supplement with a rich CBD strain.

How to Use CBD to Address Withdrawal Symptoms

There is some suggestion that the most natural way to get CBD is by smoking cannabis. However, if a consumer does this, they may consume CBD and the potentially addictive substance THC. Consumers may not be sure how much CBD they are getting in each inhale.

The best way to get a steady amount of CBD is through a specially formulated CBD product, and there are plenty on the market to choose from.

CBD is available as an oil and as pre-made edibles, chewing gum, softgels, and more. Whichever product consumers choose, they should always read the instructions carefully before using the product. Consumers should begin with the minimum amount per day and gradually build up according to individual needs.

Although CBD may help with symptoms of addiction, it is not a substitute for proper medical care. If someone is battling addiction, they should always speak with a qualified healthcare professional.

14
3 min read
Join the discussion
TOC
Premium
Your subscription has ended
If you love cannabis and appreciate our content, join WayofLeaf Premium today and receive:
Best of all, part of your membership fee will go towards helping to legalize cannabis.
Go Wayofleaf Premium
No thanks, I can't afford it
I already have an account
×
Login in to your premium account