Ulcerative colitis is a type of inflammatory bowel disease, the other type being Crohn’s disease. However, while the two diseases may share similar symptoms, what is actually going on in the body is different.

UC must also not be mistaken with irritable bowel syndrome (IBS), which is a disorder characterized by episodes of constipation, episodes of diarrhea, and relief after going to the bathroom.

In this article, we talk about the possible use of CBD oil for ulcerative colitis. We also ask whether or not the natural cannabis compound may present itself as a viable treatment option based on recent studies and research publications.

Current sufferers of UC will know that conventional pharmaceutical medications for the disorder are both costly and may have dangerous side effects. As such, many have been actively seeking alternative forms of treatment, with CBD appearing as one possible option.

First Things First: What Is CBD… And Is It Legal?

For those UC patients who are still entirely in the dark as to what CBD is, it is essentially a natural component of the cannabis plant. However, it deserves little affiliation with the stereotypical perception of cannabis, as it produces no high whatsoever.

Rather, in the limited amount of years that scientists have studied it, CBD appears to be strictly therapeutic in nature. In other words, it seems to possess many of the health and healing properties of cannabis, without causing any of the mind-altering effects.

CBD oil, which has become the most popular form of CBD as a therapy, is essentially a natural extract from raw cannabis plant material. It can come from actual strains of marijuana (which contain THC), or from industrial hemp, which is similar to marijuana but contains less than .3% THC.

On a federal level, CBD products that are extracted from industrial hemp are legal to possess and use in all 50 U.S. states. On the state level, however, there are still a few regions where use and possession of the compound is not so widely accepted. In North Carolina, for example, police recently arrested a vape store owner for selling bottles of CBD oil, even though the oil came from perfectly legal industrial hemp.

Regardless, it’s important to point out that the majority of top U.S. CBD oil manufacturers are shipping to all 50 states. No matter what part of the country you live in, it is easy to order online and have the product shipped to your home.

What Is Ulcerative Colitis – And How Is It Typically Treated?

As we’ve mentioned, ulcerative colitis is defined as persistent inflammation of the colon, aka the large intestine. This chronic inflammation may range from mild to severe, and in the latter instances, it is common for the colon’s inner lining to develop painful lesions, sores, and other forms of irritation. 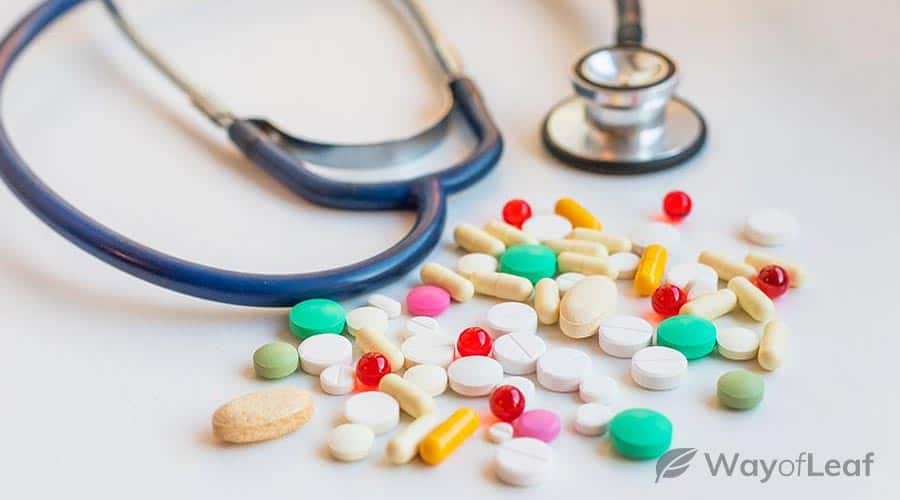 UC symptoms are relatively uniform in nature, and can include:

It’s important to note, however, that symptoms of ulcerative colitis are non-persistent in nature; a victim may go several weeks or even months with no symptoms at all, only to experience a severe flare-up seemingly out of nowhere.

How Is Ulcerative Colitis Currently Treated?

There is currently a wide range of treatment options available for patients with ulcerative colitis. These may range from strong prescription pharmaceuticals in the most severe cases, to generic OTC drugs in milder instances.

Non-prescription medications for UC may include generic over-the-counter (OTC) drugs such as antidiarrheals, anti-inflammatory analgesics (pain relievers), and even nutritional supplements that work to lower instances of chronic intestinal inflammation.

In more severe instances that are not responsive to conventional treatment, surgery may be necessary to remove portions of the large intestine that are most affected. In some instances, it is possible to cure ulcerative colitis with surgical removal of the colon (via a process known as a colectomy). However, invasive surgery always presents its own risks – particularly among elderly patients.

In terms of factors that may influence the onset or development of ulcerative colitis, doctors and researchers still have not been able to pinpoint an exact cause of the disease. It’s thought that initial onset may stem from an immune response to a bacterial or viral infection of the colon; in most instances, this inflammatory response will subside after the infection has cleared, but for whatever reason, inflammation seems to persist long-term in those that develop symptoms of the disease.

Genetics also seems to play a significant role in the onset of UC, since it can run in families. Ulcerative colitis also has what is called a ‘bimodal distribution,’ which means there’s a risk of it occurring at a younger age (in the 20s and 30s) and then again at an older age (60s and 70s). According to the Centers for Disease Control and Prevention, 3 million people in the country suffer from inflammatory bowel disease, the majority of which have ulcerative colitis.

Simply put, it is hypothesized that CBD may be effective for ulcerative colitis because of its ability to function as an anti-inflammatory. The National Institute of Health’s PubChem database, for example, lists cannabidiol (the scientific name for CBD) as being “devoid of psychoactivity,” and as having both analgesic (pain-relieving) and anti-inflammatory properties. 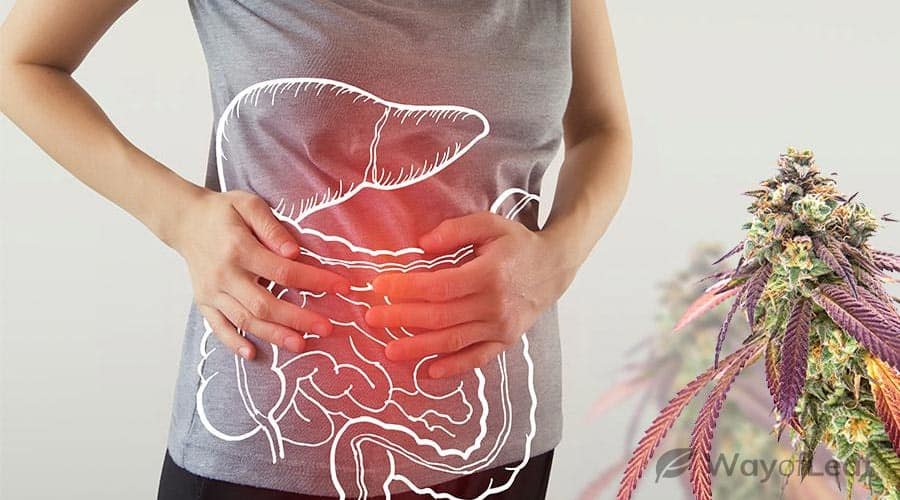 Moreover, few people know that the U.S. government currently holds a patent on CBD for (among other things) its role as an anti-inflammatory agent, which states: “Cannabinoids have been found to have antioxidant properties … [making them] useful in the treatment of a wide variety of oxidation-associated diseases, [including] inflammatory and autoimmune diseases.”

What’s equally as intriguing, however, is the fact that the endocannabinoid system, or ECS, is known to have an abundance of receptors located throughout the digestive system – including the lining of the colon.

Unfortunately, there have not yet been multi-stage clinical trials on the use of CBD oil for ulcerative colitis. The FDA has recently approved a CBD-based drug called Epidiolex for the treatment of intractable forms of epilepsy, but as of now, physicians are unable to prescribe the cannabis-based medication for any ulcerative colitis patients.

Even though the requisite clinical trials are still lacking, there have been a surprising number of specific scientific investigations carried out on the effects of CBD for ulcerative colitis. Here is a list of several of the most relevant ones:

CBD for Ulcerative Colitis: The Studies

A lot of research still needs to be done to determine the efficacy of CBD oil for those with ulcerative colitis. As things currently stand, there is some evidence that CBD oil can have a beneficial effect, but there is no good information about dosing or route of administration.

Additionally, CBD may provide extra symptomatic relief for those suffering from the disease. What is important to keep in mind is that if you are suffering from ulcerative colitis, you should still take all medications prescribed by your doctor. If you are considering going off of your medications or beginning alternative treatments (including CBD), talk with your doctor first to see if it is a good idea for you.

If you do end up trying CBD, there are several high-quality CBD oil manufacturers currently selling legal products to all 50 U.S. states, but as always, we recommend that everyone do their own research (or better yet speak with their physician) in order to find a product that will work for them.

Lastly, it’s important to recognize that none of the information in this article should be taken as medical advice, and should not be used to diagnose, treat, cure, or prevent any disease.