Rather than referring to a single condition, cerebral palsy (CP) relates to a group of medical issues that impact the brain and movement. It is a lifelong condition caused by a problem with the brain during its development, often before birth. However, some children are affected by cerebral palsy because their brain is damaged during birth or soon after they are born.

Causes of the condition include:

Cerebral palsy is the most common childhood motor disability. According to the CDC, an estimated 1 in 323 American children have been identified with the condition. Over 750,000 people in the United States have at least one symptom of CP. At present, there is no cure for cerebral palsy. However, a few interesting studies suggest CBD could potentially reduce the symptoms of the condition.

There are four different types of CP. The condition is broken down into these types to outline how a patient’s brain damage impacts their overall mobility. Also, each cerebral palsy type is categorized according to the type of movement issues and the parts of the body affected. 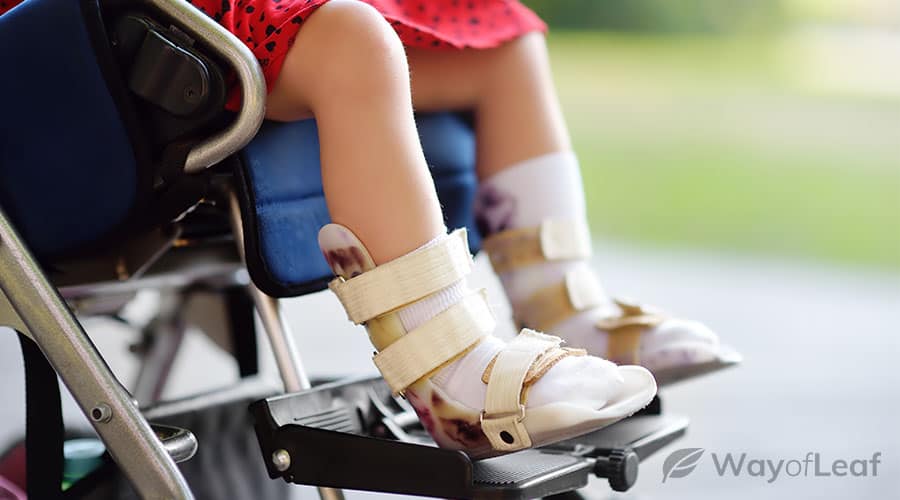 You will need to be aware of two terms to understand the symptoms:

This is the most common form of cerebral palsy, affecting up to 80% of people living with the condition. It is caused by damage to the motor cortex in the brain, which is responsible for controlling voluntary movement. Symptoms include:

Spastic CP affects up to 80% of people with the condition; symptoms include permanently tightened joints and stiffness.

Spastic CP affects up to 80% of people with the condition; symptoms include permanently tightened joints and stiffness in a specific part of the body.

This form of cerebral palsy involves uncontrolled movement. The cause is damage to the basal ganglia or cerebellum in the brain. The former regulates voluntary motor function and eye movements, while the cerebellum controls coordination and balance. Symptoms include:

This is a relatively rare form of CP and is typically caused by damage to the cerebellum. Symptoms include:

This is another form of CP and occurs when there is damage to more than one area of the brain. The most common mixed CP diagnosis is both spastic and athetoid.

Related article
How Does Marijuana Impact the Brain of a Teenager? [The Facts]

Symptoms of cerebral palsy are not always clear immediately after a baby is born. It can take two or three years before a doctor can make an accurate diagnosis. Some warning signs can include:

CP affects each person differently, but here are some likely scenarios:

With no known cure, the best that any treatment can do is reduce the impact of symptoms and help the individual live a normal and independent life. Typical treatments include:

How Could CBD Help Cerebral Palsy?

We will look at the most important study on the topic below. However, it is essential to note there’s a lack of hard evidence linking CBD with an improvement in CP symptoms. However, researchers have developed a few theories on how CBD could provide relief for cerebral palsy patients.

A 2012 clinical trial by Jody Corey-Bloom et al. involved giving 30 multiple sclerosis patients with treatment-resistant spasticity a placebo or smoked cannabis. Those who used cannabis experienced a reduction in spasticity compared to MS patients who consumed the placebo. There were also noticeable reductions in perceived pain.

Many people with CP have subsequent seizure disorders. However, CBD is fast gaining a reputation for reducing the number of seizures associated with conditions such as Lennox-Gastaut syndrome (LGS) and Dravet syndrome.

In June 2018, the FDA approved a drug named Epidiolex to treat seizures associated with Lennox-Gastaut syndrome and Dravet syndrome. Epidiolex is a synthetic drug containing CBD.

Important Studies on the Impact of CBD on Cerebral Palsy

Cerebral palsy has a significant impact on the child and their family. Up to 10,000 babies are born with the condition annually. Yet, approximately 1,500 are not diagnosed until they go to school. Less than half of children with CP can walk independently, and parents are often desperate for a solution. 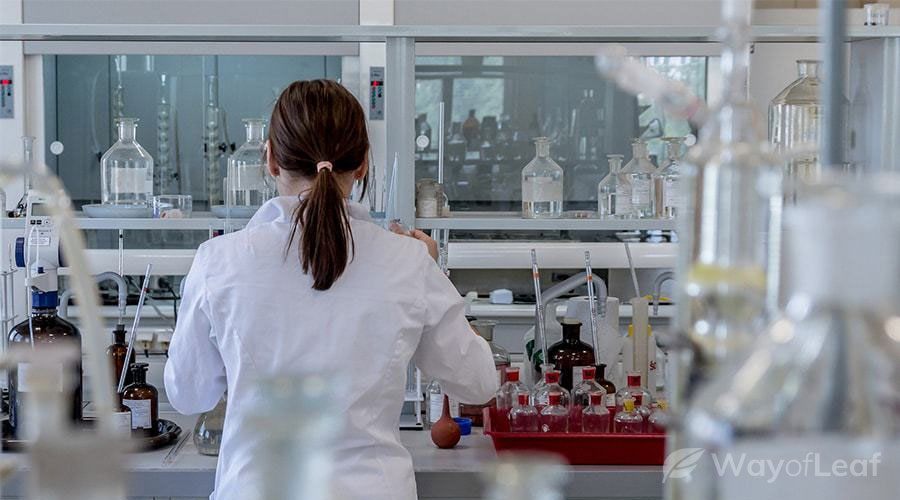 At present, the total lifetime care costs to look after a child with cerebral palsy exceeds $1 million. Small wonder that parents are keen to learn more about what CBD can do for their kids.

Luba Blumkin performed one of the most relevant studies into CBD’s effects on complex motor disorder with a cannabis supplier called Tikun Olam. Nineteen of the 25 patients studied had cerebral palsy. The 2017 study, which was conducted by the Wolfson Medical Center near Israel’s capital, Tel Aviv, analyzed the effect of CBD on 36 children (aged 1-17) with cerebral palsy.

After analyzing the children for two months to ensure their conditions were stable, the team gave the kids cannabis oil three times a day via a feeding tube or orally.

Within four months, there was a noticeable improvement in their condition. Blumkin asserts that the biggest positive change was in motor function. Other benefits included less pain and an improvement in quality of life and sleep.

Research from 2012 found that cannabis provided the best relief for CP patients compared to several other medications.

The Wolfson Medical Center study was extremely important because, until that point, there was relatively little data on CBD’s effect on cerebral palsy. A survey by Adam Hirsh et al., published in the March 2012 edition of the American Journal of Physical Medicine & Rehabilitation, found that cannabis provided the best relief for CP patients compared to several other medications.

They reported that a “not-insignificant number of patients with CP are using this drug for pain management and are finding it to be at least as effective as other more standard treatments for pain.”

Overall, there is a suggestion that cannabis could have medical efficacy for individuals with cerebral palsy. It may help with symptoms including spasticity, sleep disturbance, and pain. CBD is a non-intoxicating compound and is widely available in almost every American state. As it doesn’t cause an intoxicating high, medical researchers believe it is safe to give to children, although more studies are needed in the future.

Remember to consult your physician before using CBD for cerebral palsy or any other medical condition.