Cannabidiol, or CBD, is one of the most famous compounds in cannabis. It is known for being non-intoxicating, a stark contrast to THC’s effects, which give users a ‘high.’ While THC offers several medicinal benefits, it is not suitable for pregnant or breastfeeding women.

On the other hand, CBD is also thought to provide various medical benefits, such as anxiety relief. But is it safe for breastfeeding women? This guide looks at the available scientific evidence to see if CBD will harm or help your new baby.

CBD is just one of many compounds that exist in the cannabis plant. Research suggests there are at least 480, anywhere between 66 and 100, of which are classified as cannabinoids. These compounds, including CBD, interact with specific receptors in the endocannabinoid system; most notably CB1 and CB2.

The endocannabinoid system has many important functions in the body; it impacts pain, memory, sleep, and much more. Because of this, many believe that CBD can also impact these bodily functions.

Among the many conditions that CBD is used for, anxiety and depression are among the most common. Some people have questioned whether CBD oil might be useful in the fight against postpartum depression (PPD) in new mothers.

Data shows that 15% of new mothers will experience postpartum depression at some point after giving birth.

Data regarding the number of women that suffer from PPD is limited, but the Cleveland Clinic estimates around 15% of new mothers will experience it at some point.

Furthermore, only a small percentage of women receive treatment for their PPD. As a result, many women with PPD find it more difficult to bond with their babies or care for them adequately. PPD can even impact the child’s psychological development and lead to a higher risk of mental illness later in life.

The Trouble with Drugs & Breastfeeding

With so much at stake, it is little wonder that women with PPD seek an all-natural solution to their condition. The most common treatment, aside from counseling, is antidepressants.

Popular drugs include Sertraline, Zyban, and Lexapro. However, as well as taking several weeks to have an effect, these drugs can result in side effects such as insomnia, dizziness, weight gain, and diarrhea.

Although newer antidepressants are designed not to interfere with breastfeeding, the selection of pharmaceutical options breastfeeding mothers have is limited. If they have an adverse reaction to one drug, there may not be another option available.

Did You Know That Breast Milk Naturally Contains Cannabinoids?

Given the lack of relevant research, one of the most significant findings of the last decade in this sphere is the fact that cannabinoids are found naturally in human breast milk. Several studies have confirmed that breast milk contains the same cannabinoids found in the cannabis plant, which are crucial for proper human development.

Since the biggest concern about CBD and breastfeeding is its impact on the milk, and therefore the baby, it is worth looking into research regarding cannabinoids and pregnancy.

Endocannabinoids are also crucial in conception. The newly fertilized embryo has to attach itself to the uterus lining after intercourse, which requires a certain amount of anandamide, an endocannabinoid. They also guide other aspects of conception, like embryo transport.

But how does this relate to consuming CBD post-pregnancy?

Why Is It so Difficult to Determine the Impact of CBD on Breast Milk?

By far, the biggest issue surrounding the use of CBD while breastfeeding is the lack of scientific research conducted on nursing mothers.

Research by the American Chemical Society suggests that since CBD binds so closely with fat, it is very difficult to measure the amounts contained in breast milk. All cannabinoids, including CBD and THC, like to stick to fat — and breast milk is quite high in fat.

Breast milk is naturally high in fat and, therefore, considered to be a good carrier for CBD and other phytocannabinoids.

However, researchers at the CDC believe they have the answer in the form of a process called ‘saponification,’ which separates cannabinoids from milk. They believe it will be possible to detect tiny amounts of CBD in breast milk using a test much more sophisticated than its predecessors. Eventually, this technique should help in future studies that look at how CBD impacts breast milk.

Is CBD Worth the Risk for Breastfeeding Mothers?

According to the American Academy of Pediatrics, women with PPD often have problems breastfeeding. CBD may help mothers through PPD, but there isn’t enough information available to determine how it will impact breast milk and the baby.

Also, bear in mind that many organizations like the American College of Obstetricians and Gynecologists (ACOG) advise against its use. This is likely due to the limited research on the topic.

When Using CBD, Understand That Not All Products Are the Same

If a breastfeeding mother does decide to use CBD oil, it is worth pointing out that not all products are the same. In fact, given the current lack of regulations in the market, disparities in quality, potency, and general effectiveness can vary greatly.

There are several things consumers can look for to try and identify a good, high-quality CBD oil. The most important one is making sure the company offers a lab report for the product. In addition to verifying the CBD content, a lab sheet will verify the presence of other phytocannabinoids and the absence of potentially dangerous chemicals like solvents and heavy metals.

Not all CBD products are created equal, which is why it’s important to buy CBD from trustworthy and reputable brands that provide third-party lab tests.

It is generally easier and more convenient to view verified lab reports online than it is when buying from a retail store. Most reputable online CBD sellers have a specific page dedicated to their products’ lab sheets, and some of them even link to the relevant report directly in the product description. 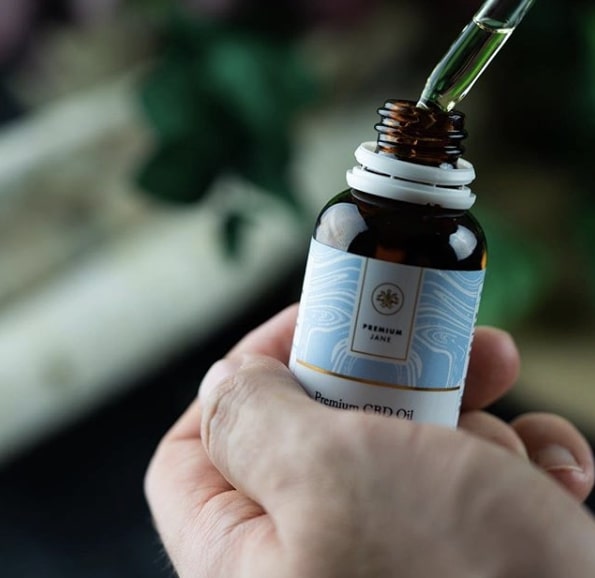 Those who do prefer to buy from a store should be sure to ask whether or not the CBD oil comes with lab analysis. If it doesn’t, we recommend searching for another brand or another product.

Lastly, remember that CBD oil should not be considered a medication. While cannabidiol is an FDA-approved medication for various forms of epilepsy, the products available online or in-store are mostly sold as supplements. These products are not evaluated by the FDA and are not intended to treat or cure any medical condition. Bear this in mind if you do decide to use CBD oil (or other CBD products) while breastfeeding.