Psychosis is often considered one of the most severe mental issues. At its peak, the adverse effects are perhaps even more profound than generalized depression, bipolar disorder, and anxiety. Psychosis represents a complete detachment from the world of reality. It’s when individuals begin displaying highly erratic behavior and can no longer distinguish between what’s real and what’s not.

Some say that without psychosis, there is no schizophrenia. However, having psychosis alone doesn’t mean one has schizophrenia, as other symptoms are required. Also, work by psychiatrist Dr. Alexandre Loch, published in Frontiers in Psychiatry, suggests that schizophrenia is not a psychotic disorder at all!

It seems unlikely that a natural therapy like CBD, or any medication, effectively reverses the onset of the condition. However, studies that analyze the effects of CBD on schizophrenia and psychosis are ongoing. In fact, scientists are starting to turn their attention specifically to cannabidiol as a possible treatment.

This article will review some of these recent and relevant studies. They show positive signs of CBD for psychosis being a potential treatment option.

Please remember that cannabidiol is NOT a cure for the severe stages of schizophrenia or psychosis. However, it could potentially help patients to manage their symptoms.

What Happens During Psychosis and Schizophrenia?

Scientists are not entirely sure of the precise causes of psychosis or schizophrenia. They are unsure why some people develop psychotic symptoms, and others do not. Unlike medical conditions like diabetes or heart disease, no one has pinpointed an exact physiological condition that accounts for the disorder.

However, it’s generally agreed that physical, genetic, and environmental influences account for the disorder’s onset.

In terms of genetics, for example, schizophrenia tends to run in families. Someone with a family member that went through psychotic episodes in the past is potentially more likely to develop the disorder. However, no single gene has been traced to the disease.

Schizophrenia may run in families, but no single gene has been linked to the disorder.

Likewise, research suggests that individuals with psychosis undergo changes in the brain’s physical structure. While subtle, it’s believed that these changes may result in some chemical depletion or malfunction, which leads to a separation from reality.

Neurotransmitters may also play a role in the onset of psychosis and schizophrenia. These are chemicals in the brain that relay messages between cells. It is believed that irregularities in their activity (specifically dopamine and serotonin) are highly influential in developing symptoms.

In terms of environmental triggers, things like stress and drug abuse could influence the onset of the disorder. This is especially the case when combined with any of the aforementioned chemical/physical irregularities.

Psychosis is likely more common than one might think. According to the World Health Organization, schizophrenia affects 24 million people worldwide. Meanwhile, the National Institute of Mental Health (NIMH) suggests that up to 3% of the American population experiences psychosis.

An estimated 40% of schizophrenia patients receive no treatment. This is due largely to the extremely high cost of medication and a lack of healthcare availability to a majority of sufferers. In contrast, CBD is widely available to everyone for a relatively manageable price.

Here are some other statistics involving the prevalence of psychosis across the U.S:

Reportedly, between 25% and 50% of all homeless adults have a mental disorder.

Does CBD Help Schizophrenia? What Does the Research Say?

Research into CBD’s impact on psychosis and schizophrenia is growing. Early signs are that the cannabinoid could prove effective, but some studies have mixed results.

Bhattacharyya et al. published the results of a randomized clinical trial in the JAMA Psychiatry journal in November 2018. It consisted of brain imaging, which suggested that CBD could reduce the symptoms of psychosis. The cannabinoid achieved this by resetting activity in three different brain parts. 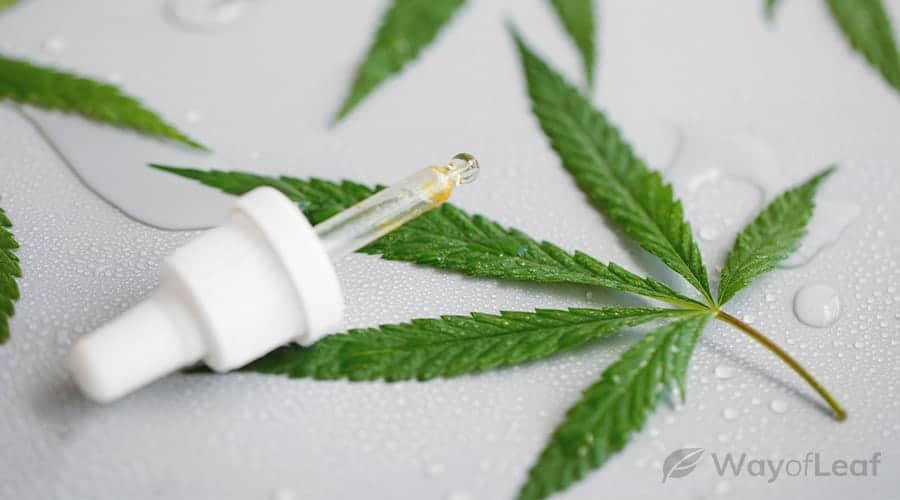 The study in question involved 33 volunteers who all had psychotic symptoms. There were also 19 individuals who had never experienced a psychotic episode. They acted as a control group. One-half of the people with psychosis received 600mg of CBD in a single oral dose. The other half took a placebo. The control group didn’t get any medication.

Next, all participants had to complete a memory task that engaged three brain parts linked with the start of psychosis. They are the striatum, midbrain, and medial temporal cortex. The researchers scanned all participants with an MRI scanner during the task. The scans of the psychosis patients showed abnormal activity compared to the control group.

However, those who consumed the CBD showed a less severe instance of abnormalities than the placebo group. The researchers believe it is a sign that large doses of CBD could reset abnormal activity in certain brain regions.

This was a small study with limitations that couldn’t consider every factor that could influence the outcome. The researchers were also unable to determine if the effect was only short-term. Nonetheless, it was a positive step forward.

Other Studies Into CBD, Psychosis, and Schizophrenia

A study by McGuire et al., published in The American Journal of Psychiatry in March 2018, looked at CBD as adjunctive therapy in schizophrenia. It involved a double-blind parallel-group trial. Schizophrenia patients received either 1000mg of CBD a day or a placebo.

Some research has suggested that CBD could help those with schizophrenia to manage the condition. However, it remains unclear what the optimal dosage is.

However, the review pointed out that the dosage and administration of CBD varied. Also, many of the studies didn’t describe the source of the CBD. Even so, there is ample evidence to warrant further investigation.

Yet a systematic literature review published in Frontiers in Psychiatry in 2021 was less optimistic. Researchers investigated the impact of THC and CBD on schizophrenia by reviewing 11 eligible reports from eight online literature databases.

One of the placebo-controlled trials reviewed by the research team found that intravenous THC increased psychosis while worsening learning/recall. While another trial found that a large amount of CBD helped improve psychosis and cognition, other trials showed mixed results. Indeed, one six-week study revealed that CBD was no more effective than a placebo.

The researchers concluded that there wasn’t enough evidence to say CBD or THC had an effect “on symptoms, cognition, and neuroimaging measures of brain function in schizophrenia.” Furthermore, they wrote that research doesn’t support the recommendation of medical cannabis for treating patients living with schizophrenia.

CBD Oil for Schizophrenia: How Much Is Enough?

People who use cannabidiol for chronic pain, anxiety, and other conditions often use less than 50mg a day. However, there is no clearly defined dosage for any medical issue, so it is usually a question of experimentation amongst individual users.

However, research into CBD oil for schizophrenia suggests that significant dosages are required. In the 2018 study published in JAMA, the participants received a single oral dose of 600mg.

CBD Treatment for Schizophrenia: What Are the Options?

CBD oil remains the most popular form of cannabidiol. Most medical patients prefer this method because it doesn’t involve smoking or produce a high.

Final Thoughts on CBD for Schizophrenia and Psychosis

The most important thing regarding CBD for schizophrenia is that there is no cure or quick fix for the disorder.

However, CBD has the potential to address some of the symptoms. It could alleviate onset symptoms and reduce the frequency of intermittent psychotic episodes. Hopefully, it will offer a solution of sorts for the millions of people across the globe who do not have access to treatment.

Pharmaceutical medications and expensive antipsychotics are not an option for many who need help. CBD is efficacious and represents a healthy, natural option that’s more widely available.

Related article
The Yin and Yang of Cannabis and Psychosis

CBD for Parkinson’s Disease – Is It Viable?