We seem to live in an era where we stumble from one health crisis to the next. Along with the antibiotic-resistant bacteria and opioid epidemics, we also have the chronic inflammation and chronic inflammatory disease crises. We have seen a significant change in our diet, lifestyle, and food supply, resulting in a decline in general health.

Inflammation is our body’s natural response to harmful cells and pathogens – it acts as a protective measure against the initial damage suffered by the immune system. The inflammatory condition breaks into two categories: acute and chronic. Acute inflammation results from injured tissues or bacterial pathogens, whereas chronic inflammation arises via consistent acute inflammation or foreign agents.

We need a new way to fight the problem as pharmaceuticals are not getting the job done. Could CBD be our secret weapon against inflammation?

Traditional Inflammation Treatments & Their Side Effects

Inflammation can give rise to a variety of medical conditions, with heart disease and cancer being among the most serious. However, chronic inflammation also associates with:

Also, statistics surrounding our health in the United States make for grim reading. Did you know, for instance, that 8% of the U.S. population has diabetes? Or were you aware that 43 million Americans suffer from arthritis and joint disease? Also, over 5 million Americans have Alzheimer’s disease, and given the current rate of increase, Johns Hopkins School of Medicine believes that every American adult will be obese by 2048!

One of the main concerns with easily available over-the-counter NSAIDs such as aspirin and ibuprofen is that people pop them like candy without physician supervision, and without realizing the formidable range of side effects, which can include:

More serious side effects include liver and kidney failure, ulcers and prolonged bleeding after sustaining an injury or after surgery. More worrisome, however, is the fact that NSAIDs increase the risk of potentially fatal strokes and heart attacks. Given the problems associated with these pharmaceutical drugs, it is hardly surprising to learn that patients are desperately seeking alternatives such as cannabidiol (CBD) for their inflammation worries.

How Can CBD Help with Inflammation? 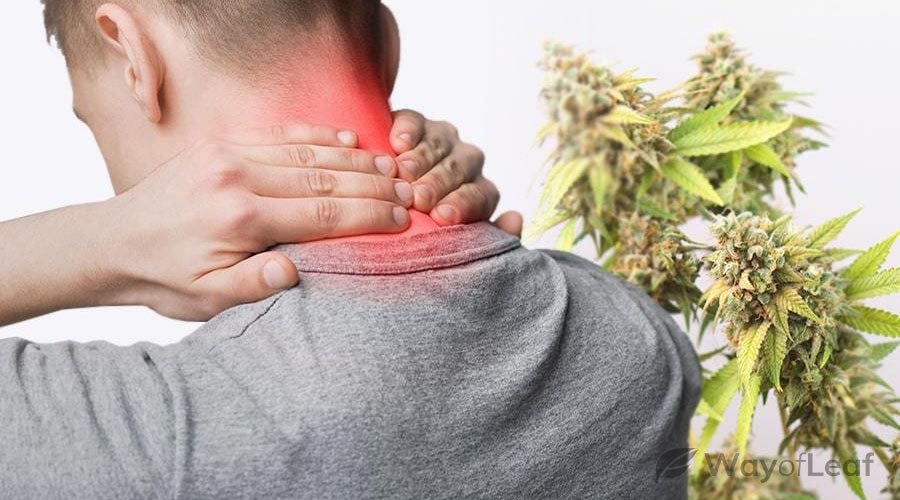 The simple answer is to change our diets and increase our Omega 3 index levels. However, the solution isn’t as basic as that for an increasing percentage of Americans, because major diet change is no simple feat. CBD is long associated with anti-inflammatory and immune supportive qualities, and the clamor for this cannabinoid has increased significantly given its widespread availability.

The two main cannabinoid receptors in your nervous system are CB1 and CB2. While THC is more effective when dealing with CB1 (controls perception, mood, sleep, memory, and appetite), CBD has a greater impact on the CB2 receptor (affects the immune system).

Research on CBD for Inflammation Response

Arguably the most exciting studies relating to CBD and inflammation have shown that it is the strongest of all anti-inflammatory options, beating off stiff competition from Omega-3, vitamin C, and various antioxidants.

Several compounds within marijuana help reduce inflammation, but CBD is arguably the most effective. A study on mice from the Imperial College London, for example, suggest that CBD possesses powerful anti-inflammatory capabilities. Researchers found that when mice receive 5 mg/kg of CBD, their inflammation diminishes by up to 50%. Oddly enough, the anti-inflammatory effects of CBD were less noticeable when the mice received 25 mg/kg of body weight.

Furthermore, a 2011 study for the journal Free Radical Biology and Medicine looked at the impact of CBD on the inflammation caused by oxidative stress, and concluded that cannabidiol was effective and reduced the risk of organ damage and dysfunction.

Final Thoughts on CBD for Inflammation

Simply put, inflammation is painful and damaging to the body if sustained over long periods. At worst, it is a signal that you’re suffering from a serious medical problem that requires medical attention. While NSAIDs can provide you with reasonably fast-acting relief, the positive effects are only temporary, and can be accompanied by long-term side effects if not used safely.

In contrast, CBD is all-natural plant medicine that comes in a variety of forms, including oils, gummies, edibles, tinctures, topical ointments, and more.

The best CBD sellers ensure that their products contain little or no THC, no additives, and no GMOs. If inflammation is making your life hell, take some time to do some quality research, as there are many reputable brands out there that offer legal, high-grade hemp CBD products to soothe your pain.