According to the National Institute of Mental Health (NIMH), up to 16 million American adults experienced a ‘depressive episode’ in 2012.

That figure equates to almost seven percent of the U.S. adult population. Overall, approximately 350 million people around the world suffer from depression, which is a leading cause of disability. While regular treatments such as therapy and medication continue to remain popular, some are ruminating on CBD as a possible solution.

There is an increasing body of evidence that suggests that CBD may be an effective method of treating depression. Moreover, CBD is less likely to cause the negative side effects associated with traditional medication. Keep reading to learn more about depression, and to discover whether CBD could be part of the solution for you.

Although depression is a complex disorder, it can most simply be described as a medical illness that has a negative impact on how you feel, think, and act. As well as causing profound sadness, depression prevents you from enjoying activities that you once loved. If left untreated, depression can lead to an array of physical and emotional problems, as well as reduce your capacity to function at home and at work.

There are a number of depression symptoms, and not everyone will have the same ones. Here is a list of some of the most common:

DID YOU KNOW: Medical professionals assert that a person must display at least five of the above symptoms for at least two weeks to be diagnosed with depression?

Depression can manifest itself in various ways depending on the behavioral nature of each individual, but there are several medically recognized forms of depression, which include the following:

The type of depression you have will dictate how you can cope, but typically, individuals with depression can also have illnesses related to the condition. For example, it isn’t unusual for patients with depression to have physical symptoms such as back pain and joint pain. This is because the brain chemicals that influence mood, norepinephrine and serotonin, also affect our perception of pain.

Those who suffer from the condition describe it as ‘living with a massive weight on your chest’. There are times when you want to get up and do something, but you simply can’t. First and foremost, if you receive a diagnosis of depression, take it seriously and don’t try to ‘shake it off.’

Secondly, make sure you seek help and support; it is vital to realize that you’re not alone during this difficult time. Also, when seeking treatment, don’t limit your options. There are an increasing number of ways to combat depression, and there is certainly no ‘one size fits all’ approach.

Depression is no different from any other illness insofar as treatment should be tailored to an individual’s specific diagnosis. The goal of any treatment plan is to help a person manage the symptoms, and hopefully reduce them over time. However, the most common forms of treatment, regardless of the form of depression, are psychotherapy and medication.

Psychotherapy as a Treatment for Depression

There are a variety of treatment techniques involved in psychotherapy for depression. Typically, patients speak to a licensed and trained therapist who helps them identify and work through the issues that are causing the depression.

The goal of psychotherapy is to help patients understand the various aspects of the issues that are causing the condition. It also helps them to restructure the way they think, regain a sense of control and pleasure in life, and learn problem-solving and coping skills.

Prescription Medication as a Treatment for Depression

Of course, we’ve mentioned in the past about the assortment of adverse (and potentially dangerous) side effects that can come along with taking these kinds of medications – especially on a frequent, day-to-day basis.

For example,  while SSRI’s are inarguably effective at increasing serotonin levels in the body, few people realize that too much serotonin can cause unwanted, potentially fatal side effects (a condition often referred to as (Serotonin Syndrome).

DID YOU KNOW: Over 10% of Americans take antidepressants, which are the most commonly used medications among people aged 18 to 44?

If your serotonin levels get too high, for instance, you can experience symptoms like erratic body temperature, diarrhea, deliria, seizures, heart arrhytmia, and high blood pressure – just to name a few.

The same goes for SNRI’s, which are typically prescribed for shorter-term use given their potential for inducing manic episodes. While SNRI’s work similarly to SSRI’s in that they increase levels of serotonin in the blood, they too can result in a swarm of side effects. And indeed, some of the more “routine” side effects of reuptake inhibitors (things like anxiety, uncontrollable perspiration, and restlessness) are seen more commonly with SNRI’s than SSRI’s.

Furthermore, serious side effects such as liver failure and thoughts of suicide are not uncommon among long-term SNRI users. And of course, both SNRI’s and SSRI’s are capable of producing severe withdrawal symptoms after discontinuation. Among other things, SNRI withdrawal can include diarrhea, nausea, anxiety/paranoia, muscle aches, and extreme fatigue. As you’ll see shortly, these risks of side effects are just one of the reasons why more and more victims of depression are looking to CBD as a possible alternative.

CBD for Depression: How Does It Work?

As mentioned above, many Americans take antidepressants – but these drugs are not always effective. In fact, an estimated 33% of depression sufferers admit that medication does not offer relief. Moreover, the unpleasant side effects can make it hard to comply with medication regimens.

Small wonder then that people are searching for an alternative form of treatment; and an increasing number of studies suggest that CBD could be the solution. Unlike the cannabis compound THC, which offers relaxation but with psychoactive effects, the CBD found in cannabis provides relief without any form of a debilitating ‘high.’

Unlike THC, the cannabis compound CBD does not produce any psychoactive alterations in the brain.

CBD acts on the 5-HT1A receptor, the same receptor that binds serotonin, the neurochemical mentioned above that impacts mood. Research has found that in mice, CBD was able to decrease the depressive symptoms of anhedonia (lack of pleasure) and hyperactivity.

Another study from 2014 used animal models as a means of showing the potential for CBD to be used as an effective antidepressant. After the subjects in the study were treated with CBD, they were exposed to a variety of complex, stressful scenarios, and it was observed that the animals who consumed CBD had fewer cases of anxiety and depression-related symptoms.

Final Thoughts About CBD for Depression

Although there is still much research that needs to be completed, the early indications are that CBD may be helpful in combatting depression. And if CBD does in fact turn out to be an effective antidepressant that gains FDA-approval, this would be excellent news for patients looking for an alternative to traditional prescription antidepressants.

Imagine a scenario where the world’s most effective antidepressant is growing naturally all around us!

While antidepressant drugs are effective in certain cases, their side effects can range from unpleasant to completely prohibitive. To date, there is no evidence that CBD is addictive or dangerous. A number of clinical trials are currently underway, and if the results are as positive as recent testing on animals has been, the era of relying on traditional antidepressant medications may be coming to an end. 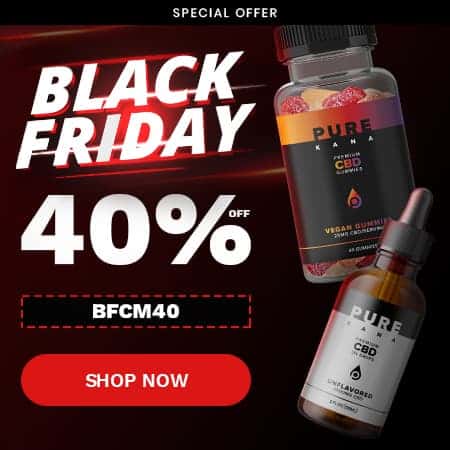 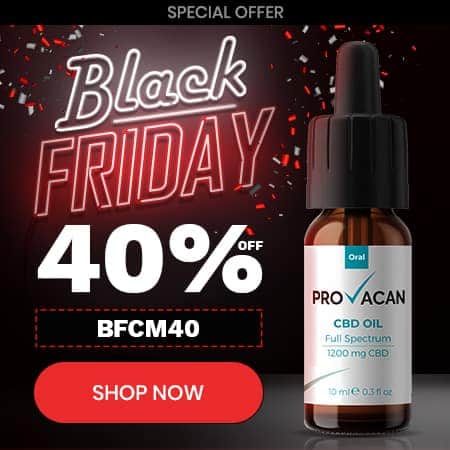 CBD Edibles vs. CBD Oil: Which is Best?