Road rage is surprisingly common these days. The term actually originated in the 1980s after a series of highway shootings in California. However, it now tends to refer to aggressive driving and anger while behind the wheel.

It can be frustrating for drivers when other people on the road are driving differently to what you’re used to. In some cases, drivers may break laws and drive dangerously, leading to road rage. But there’s a difference between swearing in anger and acting aggressively toward other drivers on the road!

Some drivers who are concerned about road rage are wondering whether CBD can be of any help. In this guide, we explain whether it’s safe to use CBD before getting behind the wheel, and whether CBD could be of any use in combating road rage.

One of the most common reasons that road rage has become so common is overcrowding. Bad traffic, coupled with the daily stresses many drivers are facing, can lead to mistakes during driving. Speaking of which, inconsiderate driving can also spark incidents of road rage in others.

Getting angry and frustrated on the road is really common. However, it’s vital to try and control that anger before it becomes a violent and harmful outburst. Remember, a car is a heavy and dangerous piece of machinery, and so you should always try to remain calm when driving.

Many people are now aware that CBD is touted as something that calms anxiety. It begs the question: Can you use CBD to combat road rage?

People Are Wondering: Can You Use CBD to Combat Road Rage?

Cannabidiol, typically called CBD, is a naturally occurring compound found in hemp and cannabis. Recently, it has become a popular option for health advocates, who take a little cannabidiol each day as a means of maintaining general health and wellbeing.

When consumed, CBD interacts with the endocannabinoid system (ECS), which is a critical factor in keeping us balanced. The ECS plays a crucial part in many physiological functions, including our emotions. 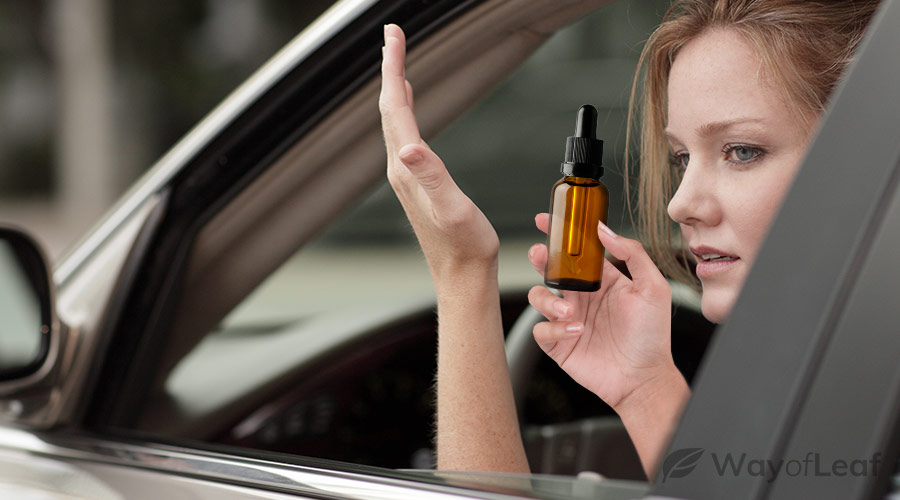 Several studies have investigated the use of CBD for stress and anxiety. As of yet, there is little in the way of scientific evidence relating to humans, as most tests are done on animals. That said, CBD shows some promising results as an anti-anxiety agent in rodents.

In 2015, researchers from universities in New York and Spain conducted a study that involved brain imaging to analyze anxiety and stress. Human patients demonstrated a reduction in stress and anxiety after taking CBD. The researchers concluded that “evidence from human studies strongly supports the potential for CBD as a treatment for anxiety disorders.”

While this is promising, it’s only one study. Plus, the researchers gave high doses that regular users would not normally take. As a result, it remains unclear if the CBD you buy online could help in the same way.

Anecdotally, many users report feeling calm after using CBD. It seems there may be some potential there to look into; however, you must be careful when using any substance and getting behind the wheel of a car.

Using CBD While Driving: What You Need to Know

Technically, you can use CBD oils (those containing less than 0.3% THC) and drive. Since it is non-intoxicating, it shouldn’t drastically affect your ability to drive. That said, not everybody reacts to CBD in the same way.

Some first-time users of cannabidiol may feel dizzy, and this can be dangerous if you’re behind the wheel. It’s critical to try CBD and have used it before you think about taking CBD and driving. As long as you know that it doesn’t make you dizzy, then you should be fine.

Another thing to keep in mind is that CBD can make you sleepy in the evening. The National Highway Traffic Safety Administration, reporting for the CDC, estimates that drowsy driving caused 72,000 car crashes and 800 deaths in 2013. Driving while tired is something you should avoid at all costs. It’s best to avoid taking CBD in the evening and then driving – it will only lead to danger.

So, if you’re thinking about driving after using CBD, consider these two things:

Of course, CBD is not the only possible solution for road rage. If you’re someone who does experience dizziness as a result of CBD, or if you’re driving in the evening, then you may need some more tips for staying calm.

Here are some of our top tips for avoiding road rage without CBD:

Although you can’t control the behaviors of other drivers, you can manage how you react to various situations. Take some deep breaths, and try to let the situation pass. If you can feel yourself getting worked up, pull over as soon as possible, and calm down before continuing your journey.

According to anecdotal reports, cannabidiol tinctures can provide a sense of calm. As of yet, it’s unclear whether researchers can confirm these suggestions. If you want to give CBD for road rage a try, then we recommend finding a high-quality CBD retailer and trying it out a few times before using it before driving.

Generally, CBD is safe to use. Make sure you find a tincture with less than 0.3% THC; it is never safe to drive after consuming THC.

And remember, it’s possible to combat road rage without taking anything at all. Stay calm, take deep breaths, and remember that you can’t control the actions of every driver on the road.

0
6 min read
Approved
CBD Gummies Dosage: How Much Should You Realistically Consume?

0
3 min read
Approved
Should CBD Oil be Considered a Cure For Depression?

92
3 min read
Approved
CBD Oil for Dementia: An Option for the Elderly?

9
5 min read
Approved
CBD Oil for Glaucoma: How Does It Work?

4
6 min read
Approved
CBD Oil for ADHD [What Does the Science Say?]

How to combat dry skin with CBD