Most of us are familiar with the “stoner” stereotype that’s so commonly portrayed in movies and on T.V. shows. It’s usually a long-haired slacker burnout with bloodshot eyes that look like they’ve fallen victim to a spray or two of concentrated pepper spray.

Despite the cliché, however, red, watery, inflamed eyes are indeed one of the most common side effects of cannabis use. But that side effect is commonly associated with marijuana that’s high in THC.

So what about cannabidiol? Does CBD cause red eyes too? In a nutshell, no, it doesn’t. But of course, the answer isn’t quite as simple as that. Keep reading for all you could ever want to know about cannabis, marijuana, THC, and whether CBD causes bloodshot eyes.

There is little denying that cannabis has the potential to help ease a litany of medical conditions and symptoms. Of course, cannabis plants can differ wildly in terms of their chemical profile. As far as effects on the human body are concerned, THC (tetrahydrocannabinol) and CBD (cannabidiol) are typically regarded as the two compounds that are best known to influence our physiology.

As far as red eyes in particular, however, THC seems to be the sole culprit. When THC enters the body, it lowers blood pressure and thereby dilates blood vessels. This includes tiny blood vessels that rest behind the eye.

When the vessels dilate (widen), blood flow to the eyes increases rather substantially. This helps to lower built-up pressure and is coincidentally the reason why high-THC cannabis is often used for glaucoma. And that goes for any THC consumption. Things like high-THC edibles and oils will produce equally bloodshot eyes as smoking can.

Things like high-THC edibles and oils will produce equally bloodshot eyes as smoking can.

Unfortunately, the increased flow of blood to the eyes also results in the red, puffy, watery, irritated-looking eye look that’s become so stereotypical of marijuana users over the generations.

CBD does not produce these same kinds of effects, so if you’ve been asking the question ‘does CBD cause red eyes,’ the answer is a fairly resounding ‘no.’ Of course, users could still experience watery eyes from a reaction to the smoke (or some other allergen), but it shouldn’t be the CBD itself that’s causing the irritation.

[If you’re still learning the basics of cannabis, read on below to find out more about what CBD is, what type of cannabis it comes from, and how it differs from THC].

Although there are hundreds of compounds in marijuana, CBD is one of the main components. As we discussed above, CBD is short for cannabidiol. CBD is found in most strains of cannabis, though in differing amounts.

For example, in potent, THC-heavy strains, CBD may only be present in trace amounts. In high-CBD strains, however, it can account for as much as 20% or more of the plant’s dry weight. 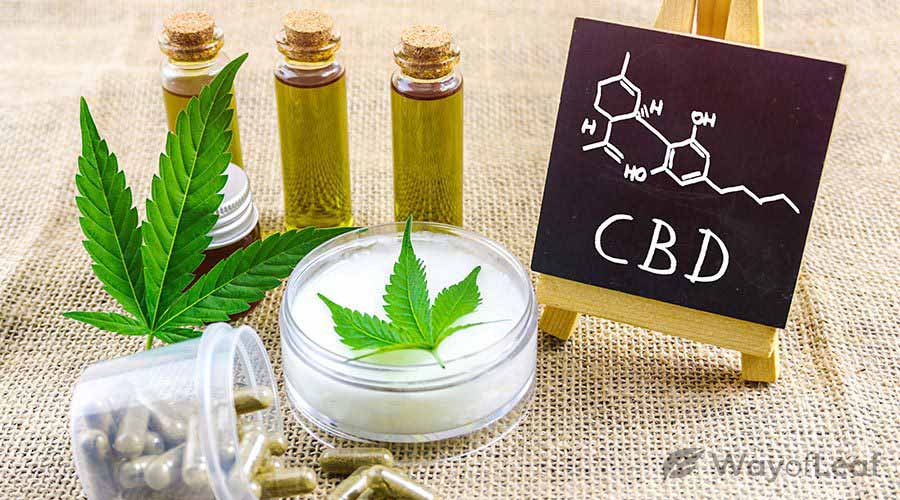 CBD’s chemical structure is quite similar to that of THC. The difference lies in one critical element: CBD contains an extra combination of hydrogen and oxygen. This subtle change enables CBD to work without disrupting cognitive processes.

By most accounts, CBD is cited as safe to use in a variety of forms. A recent report by the World Health Organization corroborates this by stating that CBD “exhibits no effects indicative of abuse or dependence potential.” The report also says, “there is no evidence of public health-related problems associated with the use of pure CBD.”

The body must keep processes such as temperature, mood, memory, and movement in balance, which is called homeostasis. The endocannabinoid system, also known as the ECS, plays a massive role in this endeavor. 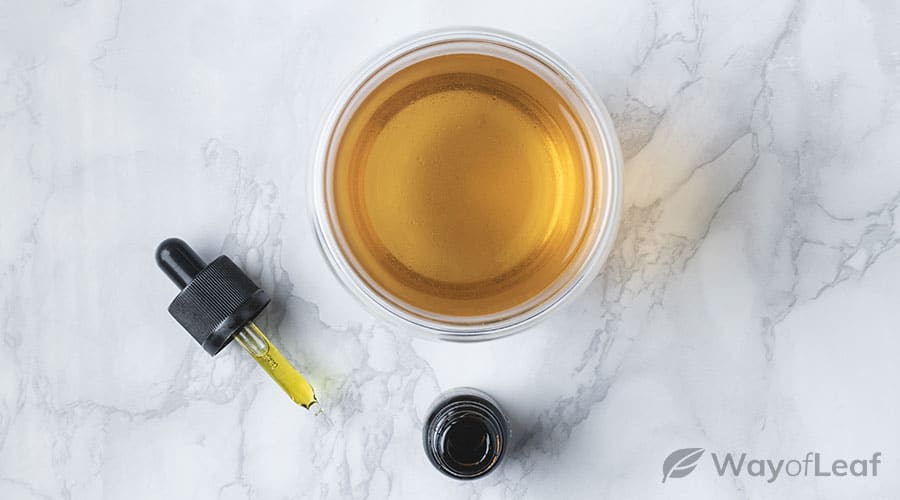 While THC directly binds to endocannabinoid receptors, however, (thereby galvanizing cognitive changes), CBD acts in a more indirect manner. CBD doesn’t appear to bind directly with any receptor. Instead, it seems to influence a variety of receptor-independent pathways and ion channels to produce a range of beneficial effects.

The dilation of blood vessels is not included among this ‘range of beneficial effects.’ For this reason, we can more or less dispel the myth that CBD causes red eyes.

So CBD Doesn’t Cause Red Eyes… But is it Legal?

After the passing of an updated version of the U.S. Farm Bill back in 2018, many people assumed that CBD became fully legal in the United States. This was because the Farm Bill legalized hemp, which is a distinct cultivar of cannabis that contains high levels of CBD and minimal THC.

The exact legal implications of CBD use under the Farm Bill are a little more complicated than this general assumption. The reality is that hemp-derived CBD products are widely available in most parts of the United States – even in states that do not have medical cannabis programs. Due to their lack of intoxicating effects, consumers use CBD products for their potential therapeutic benefit rather than as recreational substances.

Due to their lack of intoxicating effects, consumers use CBD products for their potential therapeutic benefit rather than as recreational substances.

Individuals are finding that CBD may be an alternative option for things like stress, anxiety, pain, and trouble sleeping. The FDA-approved drug Epidiolex, which is a CBD-based prescription-only medication, is used to treat epilepsy.

Marijuana, on the other hand, is still, of course, a Schedule I substance in the USA. Its use and possession is barred by federal law. However, many individual states have chosen to legalize it in some form or another.

Some states, for example, allow only for the medicinal use of marijuana. Other states permit recreational use. Users must keep advised on the particular laws of their state.

The Science Behind Cannabis and Red Eyes (CBD Isn’t the Culprit!)

A fascinating presentation by Dr. Denise A. Valenti highlights the opposing effects that THC and CBD appear to have on intraocular pressure of the eye (IOP).

Her claims were further backed up by a 2008 human study that examined the effects of various THC and CBD doses on six glaucoma patients. The results of the study showed that while a 5 mg dose of THC lowered intraocular pressure, a 40 mg dose of CBD actually raised it, while a 20 mg CBD dose had no effect.

While the specific physiology for these reverse IOP effects is not well-understood, it is quite clear that when it comes to red eyes, CBD and THC appear to have opposite effects.

Getting the Red Out

If you do have red eyes from cannabis use, rest assured it’s not too complicated to resolve. Methods for both the avoidance and mollification of marijuana-induced bloodshot eyes include proper hydration and the use of quality eye drops. Or, changing strains from a high-THC strain to a high-CBD/low-THC one may do the trick as well.

All in all, we hope that this article has helped to address the question of whether or not CBD causes red eyes. If you want to use cannabis but aren’t too keen on the irritated eye look, the responsible consumption of quality CBD products may provide an opportunity to experience beneficial effects without suffering from puffy, watery, red eyes.

Could CBD Boost Your Sports Performance?

It is the ultimate sports supplement?

What Is MCT in CBD Oil? [Comprehend a Label’s Ingredients]

How Much CBD am I Consuming from Each Vape Puff?

We have the answer right here!

23
6 min read
Video
Join The Discussion
TOC
Premium
Your subscription has ended
If you love cannabis and want to support our site, join WayofLeaf Premium today and unlock
Best of all, part of your membership fee will go towards supporting the fight to legalize cannabis.
Sign Up for WoL Premium
Not now
I already have an account
×
Log in to Your Premium Account