Is CBD Really Safe? [Find Out the Truth]

Unlike THC, which is linked with side effects such as heightened anxiety, paranoia, and dizziness, cannabidiol (CBD) is often regarded as ‘safe.’

In March 2018, the World Health Organization (WHO) released a report on the non-intoxicating cannabinoid. It stated that naturally occurring CBD is safe and well-tolerated in humans.

In 2018, the WHO stated that naturally occurring CBD is safe and well-tolerated in humans.

Surely, this means cannabidiol is safe. Actually, this isn’t necessarily true. In this article, we outline the adverse effects associated with CBD. We also highlight the dangers of an unregulated market.

Is CBD Safe When There Are Adverse Effects?

When the WHO said CBD was well-tolerated, it didn’t mean there were no side effects whatsoever. A review of clinical data published in Cannabis and Cannabinoid Research in 2017 looked into CBD’s adverse effects. It focused on research by Bergamaschi et al. from 2011.

Overall, the researchers found that, in general, CBD’s favored safety profile in humans was confirmed. Most of the studies related to the cannabinoid’s usage in treating psychotic disorders and epilepsy. The most commonly reported side effects were:

Other possible adverse effects include:

Are There Any Serious Side Effects from Using CBD?

While the vast majority of side effects are minor, there are a couple of major concerns. The first includes CBD’s possible propensity to increase liver enzymes. Elevated liver enzymes are a marker of liver inflammation.

A study published in Molecules in 2019 looked at the hepatotoxicity of CBD in mice. The researchers gave 8-week-old mice varying doses of cannabidiol. They tolerated the compound well until they received the highest doses. At this stage, the mice showed clear signs of liver toxicity. 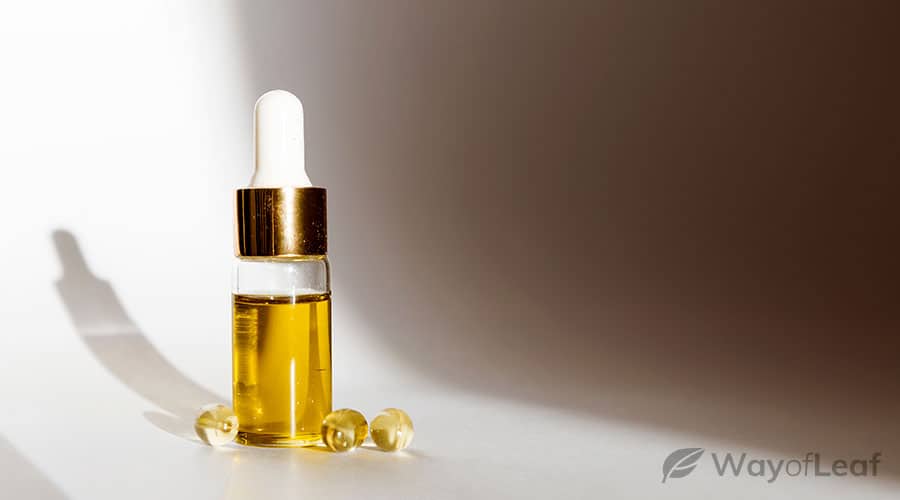 However, what they received was the equivalent of 200mg of CBD per kilogram of body weight in humans. It would require a 154-pound individual (70 kilograms) to consume 14,000mg of CBD. The study also found that repeated doses equivalent to 50mg per kg of bodyweight could cause liver toxicity. This equates to using 3,500mg at a time for someone weighing 70 kilos.

The huge amounts outlined above do not apply to a real-life scenario. However, the study has shown that incredibly high levels of CBD can prove harmful. In general, though, the maximum recommended daily level of CBD consumption is 20mg/kg. This would result in 1,400mg of CBD daily for our hypothetical 70-kilo person. At present, there is no evidence of harm coming to those who remain below that limit.

In 2018, the American Academy of Pediatrics warned women to avoid cannabis during pregnancy. It highlighted potential risks to a baby’s development caused by marijuana. In the study it released, the Academy said that CBD also passed through the placental barrier.

Even if CBD itself proves safe to use during pregnancy, such products may also contain THC. As we discuss later, the CBD industry is unregulated. Therefore, a disturbing number of CBD products don’t contain what is on the label.

Is CBD Safe When There Are Certain Drug Interactions?

Another issue with using CBD safely is its potential to interact with certain medications. This includes some drugs used to treat epilepsy. Remember, a growing number of people specifically use cannabidiol for epilepsy and to reduce seizures.

CBD inhibits the cytochrome P450 (CYP450) enzyme. There are over 50 enzymes in this class, but six of them metabolize up to 90% of drugs.

CYP2D6 and CYP3A4 are the most significant enzymes. As CBD interferes with the CYP450 family of enzymes, it could decrease certain drugs’ effectiveness or increase toxicity. Here is a quick overview of drugs that CBD possibly interacts with:

Related article
Does CBD Interact with Other Medications? [Answered]

In most cases, the effects are minimal. However, if you use a large enough level of CBD, you could inhibit the CYP450 enzyme’s capacity to metabolize specific drugs. Such an interaction could lead to more serious side effects.

There is also a possibility that CBD can interact with blood thinners. For instance, it could increase the level of the drug coumadin in the blood.

It is worth adhering to the ‘grapefruit rule’ with CBD. You may have seen drugs carry warnings not to use grapefruit with them. This is because the furanocoumarins in the fruit interact with CYP450 enzymes.

CBD interacts with drugs similarly, though it is probably even more potent. Therefore, if a drug carries a grapefruit warning, you should avoid using it with CBD.

The WHO specifically said that ‘naturally occurring’ CBD was safe. The trouble is, the CBD industry is poorly regulated in many countries, including the United States. The 2018 Farm Bill legalized hemp production and resulted in states producing cultivation programs and growing guidelines.

The Farm Bill did not legalize CBD federally. Indeed, few states have outlined any specific laws regarding the cannabinoid. Instead, they tolerate CBD and provide little oversight. There are exceptions, such as New Mexico and Florida, states that have moved to regulate the CBD industry. However, in general, consumers must be wary when choosing CBD products.

With no oversight, CBD sellers can offer products with no lab reports. This has resulted in a staggering number of mislabeled products.

A study published in Pediatric Neurology Briefs in 2018 analyzed the content of 84 CBD products. The researchers purchased the items online and proceeded to test them. They found that 26% of the products contained less CBD than labeled. Over 40% contained more cannabidiol! Therefore, only 31% of the products provided an accurate CBD reading.

A high enough level of THC to intoxicate children was found in 21% of the products. Bear in mind that some parents give CBD to their kids for conditions such as epilepsy.

A 2020 FDA report showed that too many CBD products remain mislabeled.

In 2020, the FDA released a report which showed that too many CBD products remain mislabeled. The Administration tested 200 products at random. One-quarter of the tested food and beverage products contained less than 80% of the CBD level indicated. Approximately 40% of food and drink containing CBD also had THC.

Unfortunately, the above represent just two of many examples of mislabeling in the CBD industry. Consumers must exercise caution and only choose cannabidiol from brands that offer independent third-party lab reports. Also known as certificates of analysis, this documentation outlines what is inside a product. It also proves that a product doesn’t contain residual solvents, pesticides, insecticides, or other harmful chemicals.

Final Thoughts on Whether CBD Is Safe

There is a disconnect between what the WHO thinks about CBD and the FDA’s stance. While the WHO believes that CBD is safe and well-tolerated, the FDA refuses to legalize it. One exception is a pharmaceutical drug called Epidiolex, which contains CBD. The FDA has approved it for epilepsy and a couple of other conditions.

It seems as if CBD can cause minor side effects such as diarrhea and dizziness. However, these tend to appear in individuals who use extremely large amounts. There is a danger of liver toxicity if you use a CBD concentration far above the maximum daily recommendation.

Perhaps the biggest issue with CBD’s safety lies not with the compound itself but the industry. At present, there is a scant level of oversight. This has led to a concerning number of low-quality CBD products with inaccurate labeling. Products could contain excessive THC levels or harmful chemicals such as solvents or pesticides.

In summation, CBD appears to be safe when extracted from high-quality hemp. Consumers should only purchase products from brands that offer third-party lab reports.

Using CBD as an Appetite Suppressant – Does It Work?

Is it really effective?

What Is a CBD Tincture? [Explanatory, Tell-All Guide]

Read this before you buy

Should You Dab CBD for Ultimate Potency? [ANSWERED]

CBD Bioavailability: The Complete Guide to This Complex Term