Written by Editorial Team
3 min read
0 comments
Read Later
All information on this website is for general informational purposes only and is not intended or implied to be a substitute for professional medical advice, diagnosis or treatment.
Wookies Strain Overview
The Wookies strain is a strain that is just as fuzzy and hairy-looking as the Star Wars character for which it was named. It offers an intense and sedating cerebral high and is a predominantly indica strain. Wookies tastes like fresh herbs, mostly sage and mint, and is even a bit sweet! 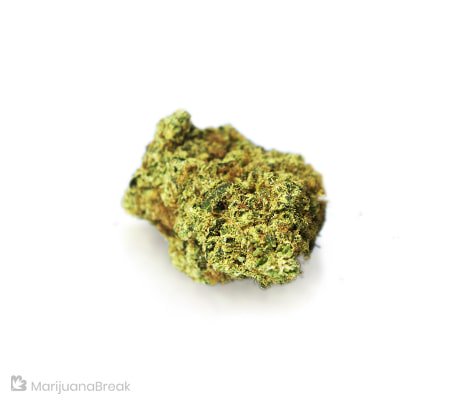 Star Wars fans love the giant furball known as Chewbacca, Han Solo’s co-pilot. He came from the planet Kashyyyk and was known for his intimidating hairy appearance along with his immense strength. Chewbacca, of course, was a Wookie, a species known for its distrust of strangers, along with its sacred concept of a life debt.

If you use too much of the Wookie strain, things may also get a little hairy for you! While you probably won’t feel as if you are piloting the Millennium Falcon in a galaxy far away, you will feel extremely relaxed and very stoned.

What Is the Wookies Strain?

Wookies strain weed is an indica-dominant hybrid. However, it is a well-balanced marijuana strain, so you also benefit from the cerebral effects provided by sativas, along with the relaxation aided by the indica aspect. It is an extremely rare, clone-only, strain, which means finding a few grams isn’t as easy as it should be. It also has a variety of nicknames including Dirty Wookie, Purple Wookie, Chewbacca Cookies, and TK91.

It is an extremely rare, clone-only, strain, which means finding a few grams isn’t as easy as it should be.

No one is sure who originally bred Wookies (someone called Tierra Rojo claims credit), but is a rare case where three outstanding marijuana strains are combined to create another superstar. Wookies is a cross of Girl Scout Cookies, Chemdawg 91, and The White. In other words, you get the potency of Chemdawg 91, the flavor of GSC, and the trichome production of The White. That sounds like a fantastic combination!

The scent of Wookies is a little unusual. You should get a cross of pine, fuel, and citrus; and if you have an excellent sense of smell, you might even get a hint of licorice. Your nose will be positively tingling once you light up the Wookies marijuana strain.

This strain is best enjoyed when you grind it up nice and fine, and we also recommend investing in a vaporizer that works with cannabis flower. When you smoke Wookies, you won’t get to appreciate the subtle flavors as much as when you vaporize it. In any case, you should enjoy the strong sweet taste that also comes with hints of sage and mint.

If you get your hands on Wookie weed, you should notice the light green color of these sticky and resinous buds. Also, the buds are much heavier than they look, which means a few grams will last you longer than you think. This is good news because a gram of Wookies can cost up to $20.

Unfortunately, as it is a clone only strain, you won’t be able to purchase Wookies strain seeds. In the unlikely event that you find this strain, you’ll need to have plenty of growing experience to cultivate a Wookies crop successfully. Remember, it is an Indica-dominant strain, which means it grows tall and shades the rest of a plant. Therefore, we recommend topping the plant early on. 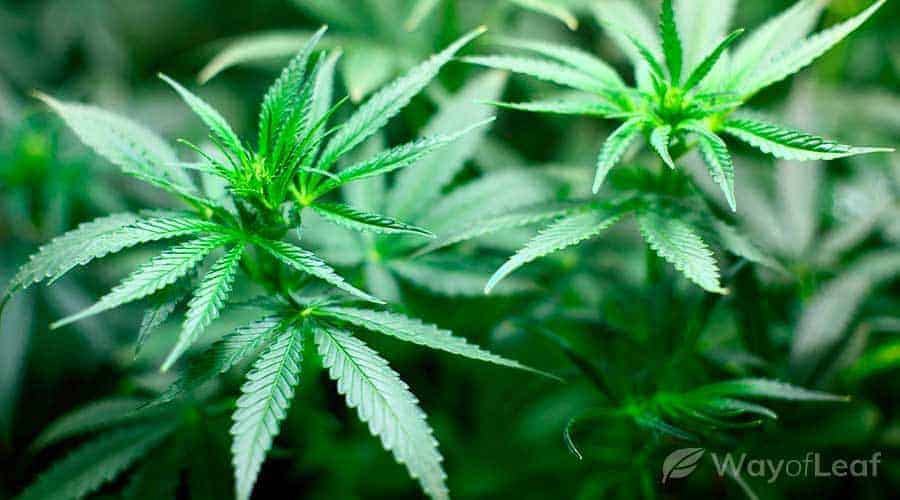 If you come across companies claiming to sell Wookies seeds online, steer clear because they are likely to be disreputable. Those able to grow this strain will find that its flowering time can vary from 7-10 weeks. Experts state that you should allow Wookies to flower for the full 10 weeks to get the most of the strain’s potency and flavor. Dry and cure the weed fully once it is harvested. Its yield is classified as moderate to high.

The THC content of Wookies cannabis is typically between 13% and 18%. However, the strongest phenotypes have up to 25%.

This strain is not known for its high CBD content, although some cuts may have to up 0.7%.

What Can I Expect When I Use Wookies Weed?

First and foremost, we don’t recommend using Wookies if you have any plans for the day. Once you have a few bong hits, you can expect the sedative effects to glue you to the couch. Moreover, there is a chance that your mind becomes cloudy faster than you anticipate.

Users report experiencing an uplift in mood that makes them feel at peace with themselves and the world. The initial high comes with a sense of euphoria, and as your mind feels relaxed, your body follows suit. Eventually, you will experience hunger pangs that cause you to eat whatever you lay your eyes on.

As Wookies is a potent marijuana strain, it is associated with a few medical benefits. It is arguably most useful for individuals with insomnia because sleep takes hold fairly quickly, and you will find it hard to even keep your eyes open. It is also used by people with depression, and those suffering from stress because it helps uplift their moods. Its potency means it is used to tackle pain relief and inflammation.

Possible Side Effects of Wookies Weed

The main side effect of Wookies weed is its ability to cause couch lock. If you try and use it during the day, you will find it tough to energize yourself. If you sample Wookies at a bad time, have a cold shower, drink strong coffee, and try to force yourself to exercise.

Aside from lethargy, the best-known side effect is cottonmouth. Other potential adverse effects include paranoid thoughts, headaches, and dizziness. Wookies is not a strain for a beginner to try.

Overall, this rare indica-dominant hybrid is heralded as a ‘dankenstein’ strain because it is of premium quality. With a trio of gold standard marijuana strains as parents, Wookies smells great and tastes even better. It is one of the best options on the market for treating insomnia according to the hordes of users who praise Wookies for helping them get to sleep after traditional medications failed.

With a trio of gold standard marijuana strains as parents, Wookies smells great and tastes even better.

Unfortunately, Wookies is also very rare and is hard to purchase, let alone grow! If you are lucky enough to get a clone of this strain, please note that it needs the maintenance and care of an experienced grower to get the best out of it.

All about this frosty strain

All you need to know about this unique hybrid

All about this dank strain