Written by John Killerlane, B.A., HDip
3 min read
0 comments
Read Later
All information on this website is for general informational purposes only and is not intended or implied to be a substitute for professional medical advice, diagnosis or treatment.
Wonder Kid Strain Overview
Wonder Kid is a marvelously minty and citrusy strain that will energize and refresh your taste buds like no other. Many say this strain works wonders when it comes to helping you to relax and unwind. 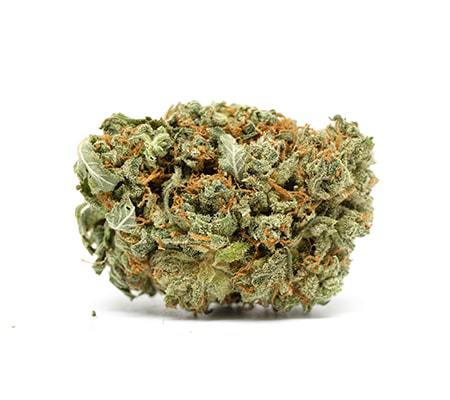 When you delve a bit deeper into Wonder Kid’s lineage, you realize just how much thought, time, and effort was put into creating this strain.

Was all the extra effort put into producing the Wonder Kid strain worth it? Read on to find out.

What Is the Wonder Kid Cannabis Strain?

You already know Wonder Kid’s lineage, and it is pretty complicated. However, in simple terms, the Wonder Kid strain is an indica-dominant hybrid (70:30), famous for its potent sedating effects. If a full-on couch-locking, body high is what you want, look no further.

Interestingly, while this strain’s latter effects are couch-locking, body-melting, and sedating, its early effects are pretty mentally invigorating.

While this strain’s latter effects are couch-locking, body-melting, and sedating, its early effects are invigorating.

Some say that they start to think more abstractly and creatively after consuming Wonder Kid. However, be warned, these effects are short-lived. Pretty soon, as the deeply relaxing effects start to kick in, you’ll begin to feel quite lazy.

Most Wonder Kid consumers say that they end up couch-locked with a bad case of the munchies. It’s probably a good idea to have some snacks nearby, as you may find moving around a little more challenging than usual.

Novices should be aware that this strain has a very high THC content of approximately 24-25%. This strain is one that’s best-suited to evening time use by experienced cannabis consumers only.

Wonder Kid has quite a pungent and distinctively unique aroma that smells of hash, fuel, and coffee. Some say that they can also detect subtle hints of berry and citrus. However, these sweeter notes are mild in comparison to its more pungent aromas.

Wonder Kid’s aroma gives a good idea of how it will taste. The predominant flavors again are coffee, hash, and fuel. The way that your buds will taste largely depends upon the batch you receive and how it was cultivated. Inhales hit a bit hard, but the exhale is velvety and creamy, complementing the flavor profile terrifically.

Wonder Kid has a rather classic, frosted appearance, with light green sugar leaves and faded orange pistils (the tiny, curly hairs). There is a gentle color variation on these nugs, with darker shades of green. The nuggets are quite light and fluffy. 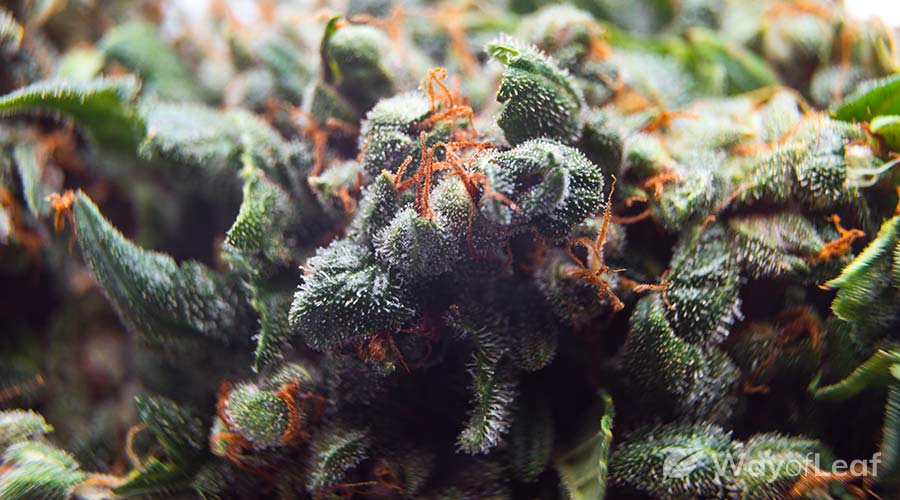 This strain grows relatively short, as most indicas do. The prominent light green water leaves stick out along the sides of one massive cola, where all the buds collect and flourish. This cannabis strain is known for producing generous quantities of trichomes, which give the nugs their frosty glimmer. This sugary coating also explains the strain’s high THC content.

There isn’t a lot of information available regarding how best to cultivate Wonder Kid plants. However, those who grow this strain professionally claim it is a moderately difficult plant to grow.

The Wonder Kid cannabis strain has a bit of a more extended flowering period than many other indicas. For this reason, cultivators must be extremely patient with their crops. While the indoor flowering period is relatively standard at 9-10 weeks, outdoor growers will have to wait longer for their harvest.

While the indoor flowering period is relatively standard, outdoor growers will have to wait longer for their harvest.

Harvesting can sometimes extend into November, creating a challenge for outdoor growers because of potential inclement weather conditions. Yields are medium in size, usually ranging between 10-16 ounces per square meter indoors, and 12-16 ounces per plant outdoors.

As previously mentioned, Wonder Kid is a high-THC strain. The maximum recorded THC level in a Wonder Kid sample reportedly was 25%. Most Wonder Kid strains will have a THC level of around 24-25%; therefore, novices should avoid this strain.

Wonder Kid’s CBD content is unknown, but given its high THC content, it is likely to be less than 1%.

Since Wonder Kid is deeply relaxing, it would make sense that this strain would be a wonderful medicinal option. As with many strong, potent indicas, this cannabis strain may help with sleep disorders such as insomnia.

On a physical level, Wonder Kid may help relieve aches and pains, including muscle spasms, and joint pain.

How marijuana could help relie…

Possible Side Effects of the Wonder Kid Strain

The most common side effects caused by Wonder Kid are cottonmouth and dry eyes. However, due to its potent THC level, some may experience paranoia, anxiety, dizziness, and possibly a headache.

The Wonder Kid strain is a wonderful option for those with sleeping difficulties. This strain causes heavy sedation and couch-lock, and most will find themselves becoming tired as the evening wears on.

Those considering consuming the Wonder Kid strain need to bear in mind its high THC level of around 25%. Novices should leave this potent strain to more experienced cannabis consumers.

Does it do the cannabis legend justice?