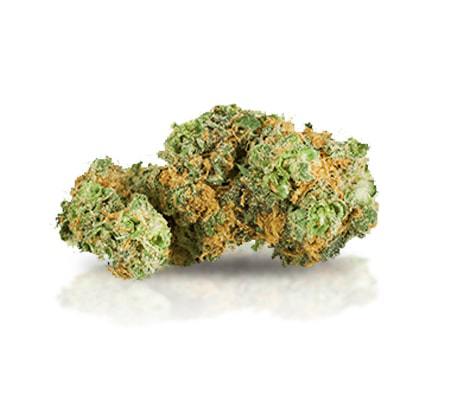 There are few things better than the exquisite, faintly tangy flavors of tropical fruits. There is a reason that so many people list tropical drinks as some of their favorite beverages. For those who love strains with a sweet, tropical pineapple flavor, we’re sure you’ll love Pineapple 99.

Apart from its mouth-watering flavor and aroma, what else does the Pineapple 99 strain have to offer? Read on to find out.

What Is the Pineapple 99 Strain?

The Pineapple 99 strain is an indica-dominant hybrid (75:25) developed by cannabis breeders at B.C. Grown. Their goal was to produce a potent strain with the most pleasing pineapple flavor possible.

The idea of cultivating something entirely for its unique flavors is not a new concept in marijuana breeding. Many strains are developed entirely to satiate the flavor preferences of different growers. Several different tropical strains, such as Pineapple Kush and Pineapple Express, are available on the market. 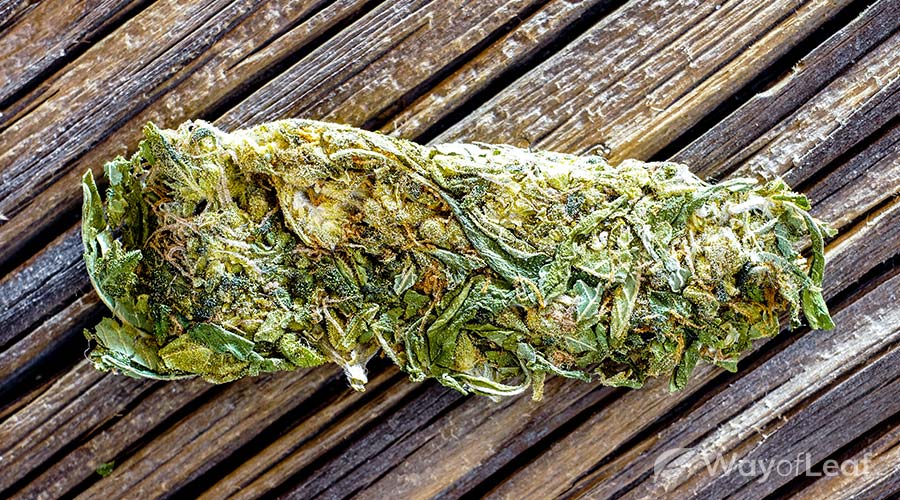 In terms of its effects, the Pineapple 99 strain very much reflects its indica-dominant genetics in its latter stages. After the initial and short-term feeling of euphoria, Pineapple 99’s physical effects come more to the fore. Users commonly experience deep body relaxation and a pleasant feeling of calmness.

The Pineapple 99 marijuana strain has, as might be expected, an intense pineapple-like aroma. While Pineapple 99’s tropical aroma dominates its flavor, there are also noticeable hints of skunk and fruity, citrusy notes.

What about its taste, though? Does it taste as good on the tongue as it smells?

With a name like Pineapple 99, unsurprisingly, this strain’s overwhelming flavor is sweet and tropical pineapple. There are some skunky and sour notes, too, that offset the sharpness of its sweeter taste.

Pineapple 99’s buds are dense, and its heavy coating of trichomes gives it a frosted appearance. This plant typically reaches around 51 inches in height, which shouldn’t pose too much of a problem to potential growers.

Like many other hybrid strains, Pineapple 99 grows well indoors or outdoors. That said, it is certainly easier to keep the plant at a consistent temperature if you keep it indoors.

Make sure that you give your Pineapple 99 plenty of growing space. This strain tends to grow laterally due to its indica genetics.

You can also encourage bud production by removing its larger fan leaves. This will help to improve air circulation and help with energy distribution for new bud development. Experienced Pineapple 99 growers recommend using stakes to help support the branches as they become weighed down with new buds.

Pineapple 99 growers with a little more patience may want to cure the buds to experience the full richness of its terpene profile. When dried and cured correctly, you can also expect an enhanced flavor and aroma from your Pineapple 99 buds.

The highest recorded THC content in a Pineapple 99 sample was approximately 20%.

Like countless other hybrid strains before it, Pineapple 99 isn’t exactly well known for its rich CBD content. Pineapple 99 contains up to 1% CBD.

Medical Benefits of the Pineapple 99 Strain

Some marijuana strains are developed with the medicinal cannabis consumer in mind. Research shows that CBD has anti-epileptic properties, and some use high-CBD strains to help manage their condition.

Unfortunately, with such a low CBD content, the Pineapple strain can’t help in this regard. However, some have found this strain useful for a variety of different ailments. Some say that Pineapple 99’s uplifting and relaxing effects can offer temporary relief from depression and anxiety.

Others suggest that the Pineapple strain has analgesic properties that can relieve a whole host of painful conditions. Whether it’s everyday aches and pains or neurological pain, some believe that this strain can help.

Finally, though, this strain doesn’t induce heavy sedation as some potent indicas do. Therefore, it may not be the best strain out there for insomnia.

Possible Side Effects of the Pineapple 99 Strain

Most Pineapple 99 users will experience cottonmouth and dry eyes. Less common side effects include heightened anxiety and paranoia, and dizziness. Pineapple 99 consumers should be mindful of how much they consume in one sitting to decrease the chances of experiencing these adverse reactions.

Final Thoughts on the Pineapple 99 Strain

Tropical fruits might be nutritious and delicious, but they don’t leave you feeling as happy and relaxed as Pineapple 99. Whether it’s the best pineapple-flavored strain out there is largely a subjective judgment call. What we can say, however, is that it’s a top-quality strain that offers uplifting and relaxing effects.