Editorial Team
6 min read
0 comments
Nepali OG Strain Overview
Nepali OG, Nepal Kush, is a potent indica-leaning strain. This strain comes from the humid, hot regions of Nepal and India. It is highly resistant to mold and is a great strain for newer growers. It induces calm and serenity, and helps to alleviate symptoms stemming from depression and anxiety. Many users enjoy its vibrant flavor profile, which is an exotic mix of spicy, sweet, sour and fruity. 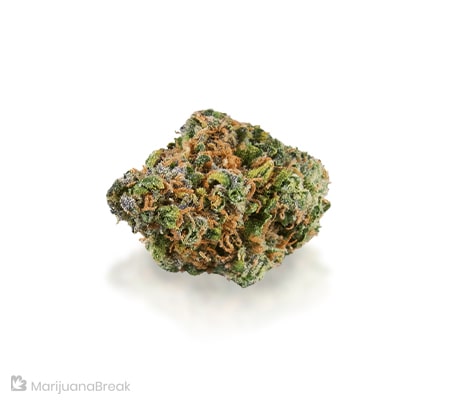 Nepali OG, sometimes referred to as simply Nepal Kush, is a primarily indica-dominant strain of cannabis. It is approximately 85% indica, so it has some pretty dank effects. It is the result of crossing the OG Kush strain and Nepali landrace strains. It originated way up in the mountains of the Asian countries of Pakistan, India, Afghanistan and Nepal.

With it being primarily indica in nature, it, therefore, comes as no surprise that this strain is high in THC. It usually averages in with around 21% THC, so you can get pretty high from the Nepali OG strain. Its CBD levels are around 0.3%, so if you are looking for a strain that is more medicinal in quality, you may need to look elsewhere. The effects of the Nepali Kush strain are quite strong and fast-acting too, so it’s pretty popular for its quickness. In terms of taste, the Nepali OG is super sour, fruity, and even spicy in flavor – so get your taste buds ready for quite an adventure.

So, if this sounds like something you’d be down for, read on for the full breakdown on the Nepali OG strain.

What is the Nepali OG Strain?

The Nepali OG strain of weed is a really strong hybrid strain that is primarily indica in nature. It is a cross between the OG Kush strain and Nepali landrace strains. It has an origin in Asia from the countries of Afghanistan, India, Pakistan, and Nepal – from deep within the mountains. Nepali OG has a really high THC content as a result, usually averaging at around 21%.

The plant grows to be very tall, usually around six feet. So if you are trying to hide this strain from neighbors, be aware that it can be seen from over a fence. The leaves disperse quite well and you may notice little clusters of flowers that will form on the plant when ready to be harvested. As far as the buds go, they are usually medium in size but quite compact. They’re usually a flashy green color and are coated in a thick layer of resin that makes them look very syrupy.

The taste of the Nepali OG is super interesting – combining many aspects of fruit, spice, sourness, earthiness, and even grassy flavors. It’ll hit you quite fast, though, as this strain is far from being a creeper. When you feel it, you are in for a serious high. You will notice a really nice body high, and soon after you will be tied to the couch – completely sedated and relaxed. It can also help make you feel euphoric, creative, and super focused as well, but at the same time, you will still experience a sense of calmness which can help with stress and anxiety. With all of these effects in combination, the Nepali OG is a great strain for relaxing, as well as treating any physical pain.

Flavor: In terms of flavor, the Nepali OG strain is really interesting. It is a mixture of fruitiness, spiciness, sourness, and some earthiness all in one. Some even describe notes of pine and lemon in the Nepali OG strain. Overall, your taste buds are going to be in for it (in a good way, that is).

Appearance: The Nepali OG strain can get pretty big. If growing indoors, it can grow to be around 4 feet tall and if growing outdoors it can get around a whopping six feet tall. The buds are usually medium in size and quite dense. They are a beautiful green color and coated in a very thick layer of resin as well.

Being half landrace in nature, the Nepali OG strain can grow to be quite tall. As discussed above, it can grow to be about 6 feet tall if you’re growing outdoors. Since the strain is originally from the mountains of Western Asia, it is usually resistant to a lot of molds that are common in humid or hot atmospheres. So, if you are a cannabis growing newbie, it is actually pretty easy to start to grow yourself. It has a long history and has developed a sort of tolerance to harsh weather conditions and can be quite sturdy, too.

When the buds start to bloom, they will be a nice green color and are quite dense, with some occasional amber hairs growing in between. At the end of its growing cycle when it’s ready to be harvested, the buds will be covered with lots of resin and trichomes, so watch out for that.

If you’re going to be growing indoors, you can expect to start seeing buds within about 8 to 9 weeks. If you are growing in a climate that is similar to that of the area in which it originates – which is a rather temperate climate – you can expect about 35 oz of bud per square meter. You can expect to start seeing flowers and buds by mid-October to yield around 35 oz of cannabis per plant, so it is a very nice harvest as well. It grows best in the cold and dry regions, so if you live in this type of atmosphere it’s perfect.

If you’d like to buy Nepali OG strain seeds, they may take a little bit of work to find since it originates in Asia, but looking online there seem to be a few seed retailers that offer this specific strain.

Because the Nepali OG strain of cannabis is landrace in nature, it naturally has higher levels of THC. That being said, the highest amount of THC found in the Nepali OG has been measured at around 21% THC.

The CBD content of the Nepali OG strain is rather low, coming in around 0.3%. So, it’s not the best choice if looking for a lot of medicinal benefits.

Even though Nepali OG isn’t typically used as a medicinal strain, it can still have many nice effects for a lot of conditions. One of the first things that many people use Nepali OG for is as a fast-acting antidepressant. It can help induce euphoria, as well as give you a more positive mindset. It can also help to induce feelings of calmness and well being, as well as to make you feel more creative.

Many people who suffer from a lack of appetite will also find the Nepali OG useful, as it can bring on a case of the munchies. It can have some pain-alleviating properties, but this is not its prime directive as it is very low in CBD with usually 0.3% CBD levels. So overall, it’s more of a recreational strain of marijuana, but it can be used for a few distinct purposes.

Possible Side Effects of the Nepali OG Strain

Just as with any other strain of cannabis, there is always a risk of side effects or adverse reactions. Especially with landrace strains like Nepali OG. Some of the most common side effects are dry mouth (or cottonmouth), dry eyes, and dehydration. You can also expect a little bit of dizziness and a headache, but they are very mild and usually not a huge problem for most people.

Some people also may experience some anxiety due to the high levels of THC (around 21%). So if you are sensitive to THC or suffer from an anxiety disorder, you should exercise caution and start small when smoking Nepali OG. But overall, the side effects are mild and with proper preparation, you can mitigate or be prepared for any side effects that may come about during your smoke with Nepali OG.

The Nepali OG strain is a unique combination of Nepali landrace strains and OG Kush. Having originated from the mountainous regions of western Asia, it has an interesting background and has many unique features to offer to its users. It is a super strong and potent strain and is pretty fast-acting, so many love it for this alone. It can sedate you pretty quickly and make you couch-locked, so that is something you need to be prepared for when smoking Nepali OG.

It may also help with depression due to its ability to induce euphoria. It can help you feel focused and calm and to induce feelings of creativity, too, so it’s perfect for those creative types who need to get work done. Although it does not have a lot of medical benefits, you can still use it for pain, as it does have some CBD in it – as well as for the depression aspect as discussed above. But in general, people use it as a recreational strain due to its highly sedating and relaxing/euphoric properties.

Besides the effects, the taste is simply like none other and worth trying Nepali OG for. It is a combination of citrus and floral, with many notes of lemon, pine, sweetness, sourness, and even spiciness. So, in terms of flavor, you are in for a real exciting twist. Overall, if you’re looking for a strain that can really help you to unwind and relax and completely sedate you to the point of being couch-locked, as well as offering a very interesting flavor experience – Nepali OG will definitely be worth your time.