Written by Editorial Team
4 min read
0 comments
Read Later
Hell’s OG Strain Overview
The Hell’s OG strain is an indica-dominant hybrid with mysterious origins. Indeed, much of what is known about it relates to its possible genetic makeup. It provides a fast-acting high that helps relieve stress and anxiety. 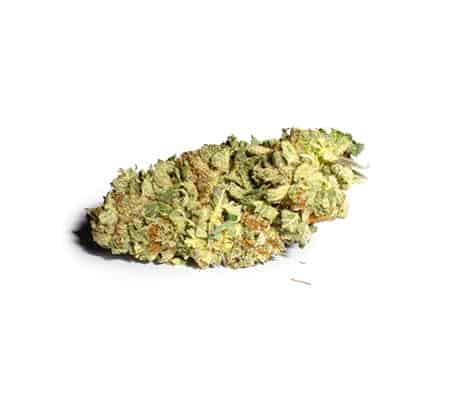 Despite all the knowledge we have at our disposal, there is sometimes a frustrating lack of information about certain strains. This is the case with Hell’s OG. Its origins are more myth than fact, which makes it hard to draw any concrete conclusions. Much of what is known depends on assuming that the most frequently told stories about its genetics are true.

What Is the Hell’s OG Strain?

Little is known about Hell’s OG strain. The common assumption is that the strain is a cross of Blackberry and OG Kush. One story suggests that a group of Southern California bikers created it. One likely reason for this tale is the strain’s name.

It probably gets the Hell’s OG moniker because of its fast-acting intoxicating effects.

It probably gets the Hell’s OG moniker because of its fast-acting intoxicating effects. The strain is an indica-dominant strain that provides an initial uplifting cerebral experience. Those who have used the strain claim that their mood improves and their minds become free of negative thoughts.

As it is primarily indica, Hell’s OG could provide sedation with a soothing body high. Experienced marijuana consumers may find that they can use this strain during the day. Nonetheless, it is best to avoid using heavy machinery, such as motorbikes, when using it! For everyone else, it is best to use this strain in the evening as it could help send you to sleep.

Hell’s OG is known for providing an extremely strong earthy scent that isn’t necessarily loved by all. However, experienced users might enjoy the smell, especially the citrus hints that arise when you grind the buds.

Fortunately, Hell’s OG has a far better taste! It offers a woody flavor with citrus notes that are a treat for your palate. There aren’t many cannabis strains with a similar flavor profile. However, you might find that this strain is a little harsh to smoke and could cause coughing.

Hell’s OG has small, densely clustered buds that are akin to popcorn. The orange pistils combine well with the dark, forest green leaves. The flowers are covered with resinous trichomes. You’ll likely need a grinder to break up the sticky buds.

You will not find Hell’s OG seeds available for sale. As a result, you need to find clippings of a mature plant to grow clones. There is also relatively little information on cultivating this strain. For the most part, what we know is based on OG Kush and Blackberry. 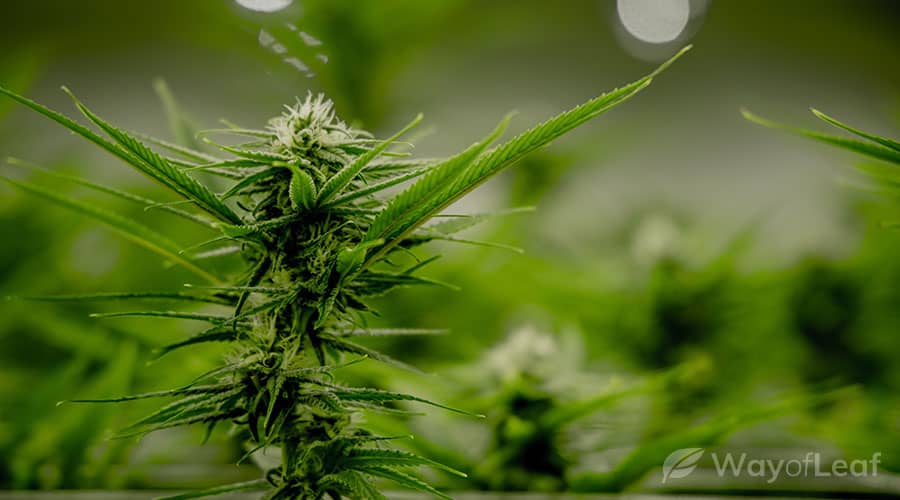 It seems as if you can cultivate this strain indoors or outdoors. If you fancy growing it outside, please note that Hell’s OG requires a Mediterranean climate. It also thrives when you keep the humidity on the higher side. Typically, this strain is ready for harvesting by the end of September. It will probably yield up to 16 ounces of bud per plant.

Indoors, Hell’s OG is unlikely to grow beyond six feet in height. It is a short and bushy plant that will benefit from trimming. You can increase the yield by implementing a training technique such as SCROG. This strain’s flowering time is 7-8 weeks indoors, and it will probably produce up to 12 ounces per square meter.

Back in the days when it was called Hell’s Angel OG, this strain was known for its potency. Lab tests reveal that it contains around 20% THC.

There is little more than a mere trace of CBD in Hell’s Angel OG.

As it is an indica-dominant hybrid, Hell’s OG is popular amongst MMJ patients with insomnia. If you’re a novice or someone with a low THC tolerance, this strain could bring you down for the count. Use it around an hour or two before bedtime to see if it helps relax you enough to fall asleep.

Hell’s OG is strong enough to potentially help with the pain linked to conditions such as arthritis and fibromyalgia. Its uplifting effects mean you could consider it if you have stress, depression, or another mood disorder.

Possible Side Effects of the Hell’s OG Strain

Hell’s OG has the usual side effects associated with potent cannabis. These can include dry mouth and dry eyes. There is a possibility that this strain will also increase feelings of anxiety. However, this is only likely if you use too much and have a history of anxiety. There is also a chance that overconsumption will result in dizziness and headaches.

Formerly known as Hell’s Angel OG, the renamed Hell’s OG is a strain worth trying. This is especially the case if you suffer from pain, insomnia, or a mood disorder. Take a few puffs in the evening, and see if the relaxing and sedating high helps you push negative thoughts far from your mind.

Formerly known as Hell’s Angel OG, the renamed Hell’s OG is a strain worth trying.

It is a strain with a far better taste than smell, so don’t let the aroma put you off! Unfortunately, there are no Hell’s OG seeds available for commercial sale. Instead, you’ll need to find clippings from mature plants and create clones.

8
5 min read
Join the discussion
TOC
Premium
Your subscription has ended
If you love cannabis and want to support our site, join WayofLeaf Premium today and unlock
Best of all, part of your membership fee will go towards supporting the fight to legalize cannabis.
Sign Up for WoL Premium
Not now
I already have an account
×
Log in to Your Premium Account