Written by Editorial Team
3 min
1 comments
Read Later
All information on this website is for general informational purposes only and is not intended or implied to be a substitute for professional medical advice, diagnosis or treatment.
Golden Pineapple Strain Overview
Golden Pineapple is a mood-enhancing and energizing cannabis strain. If you’re an experienced cannabis user and don’t over consume, you shouldn’t feel overwhelmed or overstimulated by its effects. As its name suggests, it tastes like a fresh, sweet, and tropical pineapple. It may even provide some benefits for medicinal users, such as those suffering from chronic stress and fatigue. 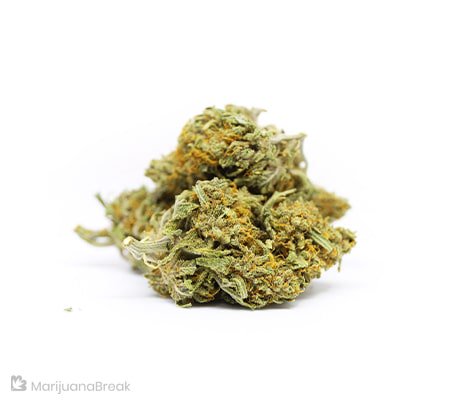 Pineapple lovers rejoice, as the Golden Pineapple strain tastes exactly like the mouthwateringly sweet, tropical fruit. From the first taste, you’ll feel like you’ve been transported to a balmy Hawaiian island, sipping on a Pineapple Margarita.

What Is the Golden Pineapple Strain?

Golden Pineapple strain weed is a cross of Pineapple Kush and Golden Goat. It is a perfectly balanced hybrid created by Phat Panda that provides users with the best of both sativa and indica effects.

Golden Pineapple offers a sophisticated high that is intense but not overwhelming. This strain is also intensely aromatic and keeps you in a feel-good state for hours.

Golden Pineapple offers a sophisticated high that is intense but not overwhelming.

Some strains give you an energy boost, while others help you to relax. Golden Pineapple does a bit of both. Initially, users feel energized and uplifted, but this is replaced by a gentle feeling of relaxation as time passes. Therefore, you can use it during the day or later in the evening if you plan on enjoying a night out. Some find this strain makes them think more creatively, so it may be useful for artistic types in search of a little inspiration.

We recently reviewed Cat Piss cannabis. Let’s just say it was a pleasure to try the Golden Pineapple marijuana strain as it couldn’t be further away on the aroma spectrum!

As mentioned, this stain has an exceedingly sweet pineapple smell that can fill a room. The scent gets even stronger nearer to harvest time. Apart from pineapple, there are also mild citrus notes, along with a skunky and dank fragrance.

If you enjoyed the smell, wait until you taste Golden Pineapple! It is a bit like biting into a pineapple, and the tropical fruitiness will make your mouth water. When you exhale, you may get a spicy taste along with the sweetness. There is also a hint of citrus to round off what is a pleasurable smoking experience.

Golden Pineapple has vibrant neon green buds that bear a slight resemblance to the Jack Herer strain. As it is a balanced hybrid, the buds aren’t as dense as other strains. Once the plants get close to harvest time, it produces a generous layer of resinous trichomes.

Once you have purchased Golden Pineapple seeds, you have the option to grow them indoors or outdoors. The good news is that Golden Pineapple’s growth difficulty is rated as easy. One reason for this is that these plants are highly resistant to mold and mildew.

Golden Pineapple grows well in a hydroponics setup. If you decide to use soil as your growing medium, make sure you choose the highest possible quality. You can purchase organic potting soil from the store that is full of nutrients. 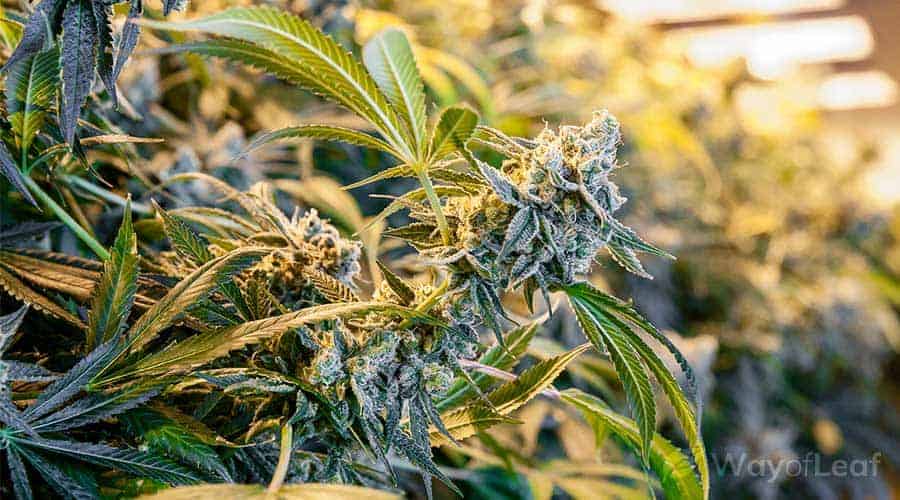 It’s possible to grow Golden Pineapple outdoors, but only in a warm and temperate climate. Your crop should be ready for harvest at the end of September or by early October.

One possible issue with this strain is its relatively low yield. Even when you get everything right, the outdoor yield is not likely to exceed 11 ounces per plant. Golden Pineapple’s indoor flowering time is 8-9 weeks. Typically, it provides up to 13 ounces per square meter.

If you decide to cultivate this plant indoors, make sure you expose it to plenty of light. All plants need light to create energy, and marijuana is no different. When light hits the leaf’s surface, the plant’s chlorophyll converts energy into sugars for food. Indoor growers should invest in LED or HPS lighting.

There isn’t much CBD to offset the psychoactive effects of THC. You are unlikely to find a cut of Golden Pineapple with a CBD of over 0.3%.

Golden Pineapple is growing in popularity as a medicinal marijuana strain. It is a ‘go-to’ option for patients suffering from mental health conditions such as chronic stress, anxiety, and depression.

Golden Pineapple’s energizing effects may provide a temporary energy boost to those with chronic fatigue. Others may find this strain useful for addressing mild aches and pains.

Possible Side Effects of the Golden Pineapple Strain

Golden Pineapple’s most common side effects, i.e., cottonmouth and dry eyes, are relatively minor. However, If you use too much, you may experience heightened anxiety or paranoia, or dizziness.

Golden Pineapple is very much a ‘feel-good’ strain. It provides users with an uplifting high and relatively long-lasting energizing effects. However, given that some samples can contain up to 29% THC content, it is unsuitable for novices.

Golden Pineapple is very much a ‘feel-good’ strain.

Golden Pineapple is also a relatively easy strain to grow. If you do nothing else but follow generic growing guides for balanced hybrids, you will do just fine.

22
3 min read
Video
Join the discussion
TOC
Premium
Your subscription has ended
If you love cannabis and want to support our site, join WayofLeaf Premium today and unlock
Best of all, part of your membership fee will go towards supporting the fight to legalize cannabis.
Sign Up for WoL Premium
Not now
I already have an account
×
Log in to Your Premium Account