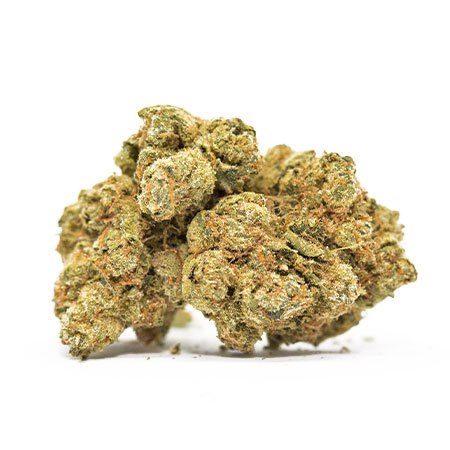 With such an esteemed heritage, it’s no surprise that Golden Lemon strain boasts both a delicious flavor and formidable strength. It elevates its users while sending them off with relaxing vibes along with a smooth, mellow let-down. Users have stated that they enjoy its intense rush, and the sweet fall into a stress-free zone.

Other users have added that after inhaling Golden Lemon weed, they feel energized, happy, and much more creative. Although it seems to get the mind flowing, it’s a strain best suited for night time consumption. The let-down may come with a nice, though deep, feeling of sleepiness and couch-lock.

What Is the Golden Lemon Strain?

Golden Lemon weed is an import with powerful parents. As the brainchild of DNA Genetics in Amsterdam, this strain exhibits many of its parents’ attributes. As such, this strain is useful for many reasons, including stress relief and insomnia. Though it is a descendant of Kosher Kush and Lemon Skunk, it has properties that are indeed its own.

It has a pungent, though delightful aroma, and as an indica-dominant strain, it can provide full-body relaxation and pain relief. It may also help those fighting insomnia or anyone that would like to get some shut-eye. Besides sleep, it is excellent for those seeking to relax and get some down-time. A night spent at home with friends is capped off nicely with this strain. 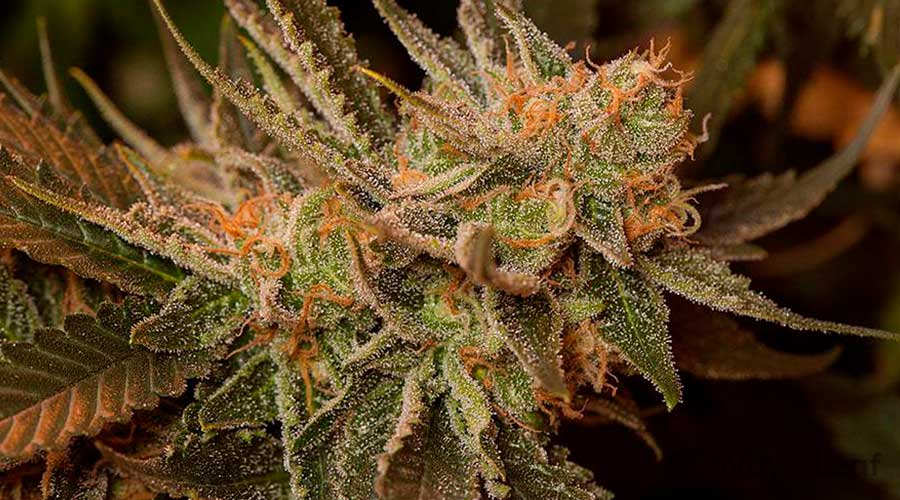 It hits hard on the first few inhales, with the rush pulling users up into celestial skies. Despite taking users to higher planes, for some, it can produce a stable creative flow and help others with energy. However, the vast majority of users report that after a session, they feel calm, relaxed, and often ready for bed or a quick rest.

Its ability to aid in anti-inflammation makes this strain an excellent after exercise treat. It may also effectively quell muscle tension and pain. Newbies to the cannabis scene should engage cruise control on this strain and hydrate to avoid a harsh toking experience.

It has a substantial amount of THC, with some testing averaging 23%. Still, other outliers report even more–some stats suggest this strain may hit 30%. If you enjoy a high that’s powerful, yet smooth, Golden Lemon may be the ticket. In addition to its potent properties, it is incredibly sticky, so some users may find it helpful in creating concentrates.

Golden Lemon strain possesses a sharp, though not wholly unpleasant aroma. Its aroma can quickly fill a room and, for many, has distinctive hints of skunk and lemon. This strain also has notes of earth and herbs. While a bit of sweetness does come through, there are some subtle pine tones and wisps of tangy zest.

Some users contend that Golden Lemon strain tastes much better than it smells. In fact, some suggest that its aroma doesn’t do this strain any justice. It starts with a lemony hit upon the first inhale. It is strong but pleasant.

However, other flavors quickly come into play. It has a sweet, almost sugary appeal, yet comes with just the right touch of sour. Other flavor combinations include cherry, quickly followed by pine, and the deep, huskiness of earth and herb.

Golden Lemon strain’s name accurately depicts its appearance. It is exceptionally golden, with honey-colored tendrils running through its large buds. The buds are also covered in trichomes, which can account for the sweetness in its flavor palate. It also boasts some color with oranges along with amber and shades of light and dark greens peppering the surface.

Golden Lemon seeds are feminized and can cross with any number of breeds. It is resistant to molds and mildew and is quite hardy. This strain is also a fast grower with readiness for harvest occurring anytime between 8-9 weeks. Due to its rugged nature, it may be an option for growers just learning to cultivate. 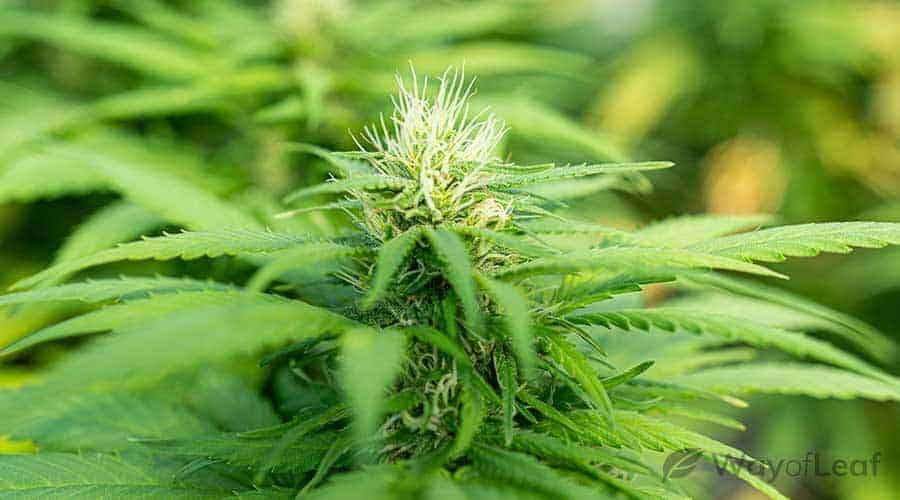 However, it can grow fairly tall, with some recorded heights reaching up to 72 inches. If growers are cultivating indoors, they should observe essential points such as growth methods and soil content.

It has a CBD content that comes in at about 1%.

Golden Lemon weed may mitigate and reduce stress and anxiety. Users also note that it aids in boosting energy and creativity as well as concentration. Its sedative effects induce sleep and relaxation, making it a go-to for those suffering from insomnia and sleep disorders.

As it assists with anti-inflammation, users have utilized it for migraine pain, body aches such as sore muscles, and other discomforts. Users state that it reduces stress while improving energy, concentration, and focus. Others have used this strain to enliven mood and to combat symptoms of depression and PTSD. It may also increase appetite.

Possible Side Effects of the Golden Lemon Strain

The Golden Lemon strain may have a few side effects. Some users may experience dry eyes, dizziness, headaches, dry mouth, and paranoia.

The Golden Lemon strain is potent and boasts THC levels up to 23%. Those with sensitivities to THC should be cautious while smoking this strain. However, while it is powerful, it has a smooth, mellow let-down that encourages sleep and relaxation. Users state that their experiences include both a mind and body high that is highly pleasant and not at all harsh.

The strain also has a complex background and has Kosher Kush and Lemon Skunk as parents. This lineage assures its highly aromatic nature and robust flavors. Many of these flavors include lemon and pine, along with hints of cherry sweetness. It also features some tones of herb, earth, and sourness.

When it comes to cultivating this strain, it is a quick grower with 8-9 weeks before harvesting. It thrives in temperate climates and has a substantial yield with indoor estimates at about 450-500g/m2. When growing outdoors, this strain can give as much as 600-800 grams per plant.

In short, this strain is suitable for anyone looking to de-stress, find pain relief, and encourage sleep. It also an excellent choice for those seeking a quick growing time and high yield. Users can utilize this strain for a night in with friends or just to relax.

14
5 min read
Video
Join the discussion
TOC
Premium
Your subscription has ended
If you love cannabis and want to support our site, join WayofLeaf Premium today and unlock
Best of all, part of your membership fee will go towards supporting the fight to legalize cannabis.
Sign Up for WoL Premium
Not now
I already have an account
×
Log in to Your Premium Account