Written by Editorial Team
4 min read
0 comments
Read Later
All information on this website is for general informational purposes only and is not intended or implied to be a substitute for professional medical advice, diagnosis or treatment.
G.O.A.T. Strain Overview
G.O.A.T is a rare sativa-dominant strain that features almost equal levels of CBD and THC. It’s a cross between the infamously high CBD strain ACDC and Animal Pie and has a 70/30 sativa/indica ratio. 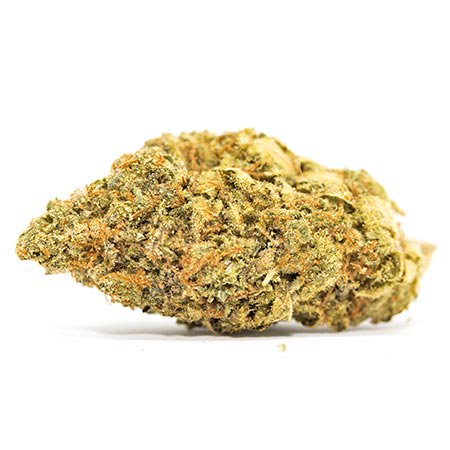 Flavors
Citrus
Herb
Mint
Common usage
Anxiety
Chronic pain
Depression
Focus
Effects
Calming
Focus
Relaxation
Growing info
There is little information available on cultivating the G.O.A.T. strain, but we know that it can be grown both indoors or outdoors in a humid, Mediterranean-like climate. Also, because of its sativa-leaning genes, we know that the plants will probably be tall and to expect a fairly long flowering period of at least nine weeks. BUY SEEDS FOR THIS STRAIN AT OUR #1 RATED ONLINE SEED STORE: HOMEGROWN
THC
16%
CBD
15%
Sativa
70%
Indica
30%

It’s the Greatest of All Time – and no, we’re not talking about Eminem, the rap god. We’re talking about the G.O.A.T. strain, which seems to have lived up to its name and proven to be one of the best strains of all time when it comes to effects and reputation.

It’s a unique strain with almost equal measures of THC and CBD and is famous for inducing moderate cerebral euphoria, followed by relaxation. Find out more in our review below.

G.O.A.T is a rare sativa-dominant strain that was created by Scapegoat Genetics and TSL Farms. The hybrid ratio is 70/30 sativa to indica, and it’s the result of crossing the infamously high CBD strain ACDC with Animal Pie.

With almost equal levels of CBD and THC, G.O.A.T. is a strain that is useful both recreationally and medicinally. Both the THC and CBD levels average between 12 – 19%.

Surprisingly, despite its mostly sativa roots, the high comes on very gradually. Initially, you will feel a quickened pulse around the eyes and temples. At about the same time these sensations occur, G.O.A.T. starts to facilitate fast-paced, cerebral thinking. Users may find their thoughts taking on a more intense nature, whereby they stop to dwell on ideas and concepts that may otherwise not be interesting to them.

G.O.A.T. also promotes out-of-the-box thinking because it allows users to amalgamate seemingly irrelevant ideas until they make sense. This focused and alert mindset makes it a great strain to use before working on either analytical, complex tasks, or more freewheeling creative projects.

Unlike many other sativa strains, G.O.A.T. doesn’t have a big surge in energy to accompany the mental stimulation. As the brain kicks into high gear, users often become more relaxed and are happy to kick back as they start to breathe more easily and deeply.

Over time, the physically soothing effects of G.O.A.T. intensify, thus eliminating any muscular tension and making the eyelids and limbs heavy. For this reason, this bud can be a great way to create a comfortable vibe in an intimate social setting with likeminded people. It can also be great for solo introspection after a long day or week.

Thankfully, G.O.A.T. doesn’t take after strains like Dog Shit or Hog, whose similarly animalistic names refer to their offensive aromas. Instead, it has a dank and mellow scent, reminiscent of damp earth. There are also hints of a skunky and sour odor.

Related article
What Is ‘Dank’ Marijuana? [Is It Good, Bad, or Average?]

G.O.A.T. is known and loved for its flavor. When exhaling, you can expect a taste of citrus, as well as a few herbal flavors with hints of eucalyptus and mint.

The G.O.A.T. ‘s flowers are medium to large in size and have a distinctly conical shape. The tapered buds cling together in a dense, indica-like formation – the small leaves curl inward compactly toward their central stems.

The leaves are a dark shade of olive green, twisted through with rust and yellow-colored hairs. Finally, these outstanding nugs are topped with a frosting of trichomes, making them potent and sticky. 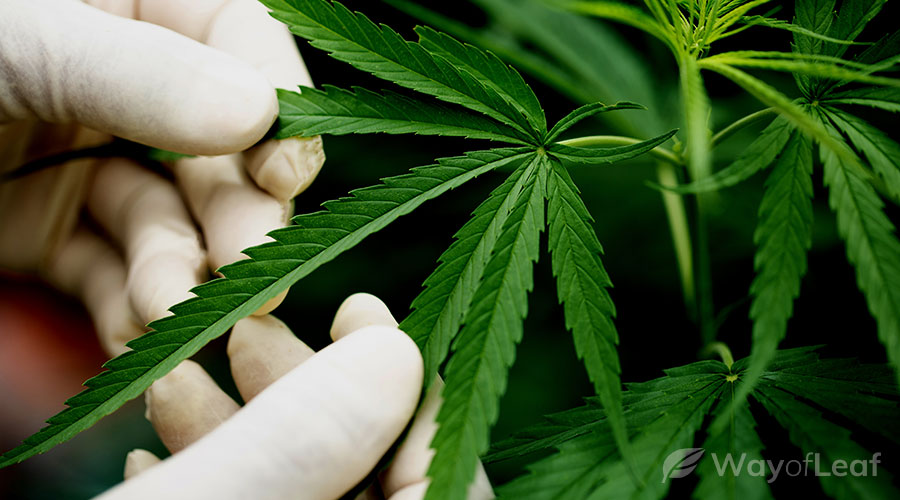 Unfortunately, Scapegoat doesn’t seem to have made G.O.A.T. seeds easily accessible to growers, and therefore finding them isn’t easy. For this reason, the strain is not so popular amongst growers, and there isn’t much information available on growing it.

For the moment, prospective growers simply make clones by buying clippings of the strain from reputable suppliers. Although there is little information available on cultivating the G.O.A.T. strain, we know that it can be grown both indoors or outdoors in a humid, Mediterranean-like climate. Also, because of its sativa-leaning genes, we know that the plants will probably be tall and to expect a fairly long flowering period of at least nine weeks.

The buds THC level has been measured at between 12 – 19%. We couldn’t find any reports on the THC level exceeding 19%.

In most cases, the CBD content level averages about 15%. There is no indication that the CBD exceeds this amount.

Medical Benefits of the G.O.A.T. Strain

Thanks to its high concentration of both THC and CBD, G.O.A.T. has several potential medicinal benefits. For starters, it’s prevalent sense of focus may help people with attention deficit disorders to concentrate on a single task.

In addition, since it elevates the mood, it has also been used for different personality and mental conditions, and may temporarily improve the symptoms of depression, stress, and anxiety.

On a physiological level, G.O.A.T. is known for relieving physical pain, whether it’s chronic (due to disease) or temporary (due to injury). Inflammatory discomfort, nausea, and headaches may also be soothed thanks to the body high induced by this strain.

Possible Side Effects of the G.O.A.T Strain

There have been no serious adverse side effects linked to this strain. Basically, there aren’t any reported cases of G.O.A.T., causing serious allergic reactions that require professional medical attention. The only side effects that may occur are the regular dry mouth and red eyes.

Also, it’s important to note that the body will feel heavy due to the numbing effects of G.O.A.T., especially in the limbs, such as the legs and arms. Furthermore, due to its relaxing properties, the eyes may become heavy, prompting the user to sleep.

Final Thoughts on the G.O.A.T Strain

The G.O.A.T. strain has quite a reputation when it comes to cannabis, and it seems to live up to expectations. There is a lot more to this strain than simply the street credit attributed to it due to the high and other effects. The aroma, flavor, and appearance are all other factors that make G.O.A.T. very appealing.

G.O.A.T. has relatively potent amounts of both THC and CBD and is quite different from typical sativa-dominant strains.

It doesn’t provide a sudden burst in energy but instead makes users relaxed and sleepy – probably due to the high CBD content. It’s recommended for enjoyment anytime between late afternoon and the evening when it can be fully savored.