Written by Georgia Smith, B.Sc
5 min read
0 comments
Read Later
All information on this website is for general informational purposes only and is not intended or implied to be a substitute for professional medical advice, diagnosis or treatment.
Ewok Strain Overview
The Ewok strain features a relaxing high that eases anxiety and stomps out insomnia. It is also indica-dominant with a bold, citrusy diesel flavor and smooth earthy notes. 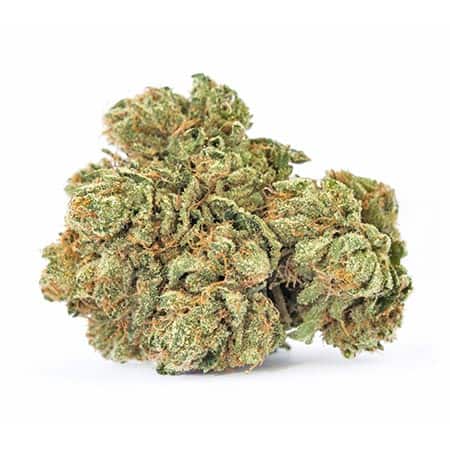 The Ewok marijuana strain, also known as Alien Walker, is an out of this world experience that blurs the line between relaxing and euphoric. Its name is quite à propos, as many users have cited the strain’s overall appearance is not unlike that of the cute, furry creatures of pop culture fanfare.

Genetically, the Ewok strain is the result of a potent mix between the Albert Walker strain and Tahoe Alien. Tahoe Alien is the culmination between Tahoe OG Kush and Alien Kush.

With a background that reads like the “who’s who” of authentic kush cultivation, it’s no wonder that Ewok has a reputation for winning awards and accolades. It was the winner of the 2013 High Times Cannabis Cup in Seattle, and it continues to make an impression on cannabis lovers everywhere.

What is the Ewok Strain?

The Ewok Strain is indica-dominant, and though some cultivars can have a heavy sedative tendency, the high often allows for soothing tranquility while unlocking creative juices. Users of this strain cite its ability to ease minor body aches and pain, as well as decrease nausea and vomiting.

Ewok marijuana also uplifts and guides consumers into a state of contentment, and those suffering from symptoms related to depression and anxiety may find some relief.

In terms of THC content, despite its euphoric and calm-inducing buzz, the strain is still moderately potent. Newbies should begin using Ewok in small doses, as it has an average THC level of about 20%.

This amount easily paves the way for a good night’s sleep, which is why most experienced users take this strain in the evening or when there are no pressing tasks or duties on hand.

As far as the high, it’s often slow and has a tendency to creep up on users. The psychoactive effects lack the intense onset that some potent strains may have, but this may be better for some users. Many suggest that the slow, mellow unfurling of the buzz helps them calm down and unwind even more.

The first inhale typically brings a burst of relaxation that spreads throughout the body; pain and aches slowly melt away, and after a few minutes, users may find themselves feeling more cheerful and feeling a release of tension.

The Ewok strain has a strong, pungent, and distinctive fragrance. It contains a burst of citrusy, sour lemon notes along with an edge of diesel. Some users detect hints of sweet, warm earth and hints of pine. As the smoke continues, other smells appear, including herb, fruit, and bits of sandalwood.

Ewok strain has a fascinating and multifaceted profile. On the inhale, users often discover the crisp taste of sour, citrusy lemons. Also, there are clean pine notes and a hint of dank along with the sharp tang of diesel. This flavor is balanced out by sweet fruit, mint, and the smooth taste of earth and a tinge of nuttiness and hash.

The Ewok strain has a unique appearance. It sports dense and copious buds covered in a thick layer of trichomes. The frosty resin makes this strain especially sticky. It also has a covering of orange and red hairs that gives this strain its distinctive look. Along with the bright hairs, this strain features a mix of light and dark greens and vibrant yellows.

Ewok seeds can grow both indoors and outdoors. Indoor harvesting time takes an average of 8-9 weeks, while outdoor harvesting typically begins the end of September to the beginning of October. While the strain flowers quickly, it isn’t a strain for newer, less experienced growers.

It thrives best in a warm, dry climate as it is susceptible to mold and mildew. While this strain is mostly indica, it has some traits passed down through its sativa side. This means that it has some strong lateral branching and needs ample room to grow. For this reason, cultivators with little space may need to bypass this strain.

When it comes to a growing medium, the Ewok strain thrives best in organic soil. Growing in soil (as opposed to hydroponics) gives the strain more potency as well as assists with its complex flavor profile.

This strain has an average THC level of 20%.

Medical Benefits of the Ewok Strain

Users of the Ewok strain often consume it to alleviate symptoms related to insomnia (as well as other sleep issues), nausea and vomiting, minor body aches and pain (such as backaches and muscle spasms), and headaches. However, others utilize the strain to reduce stress and induce feelings of contentment and euphoria. 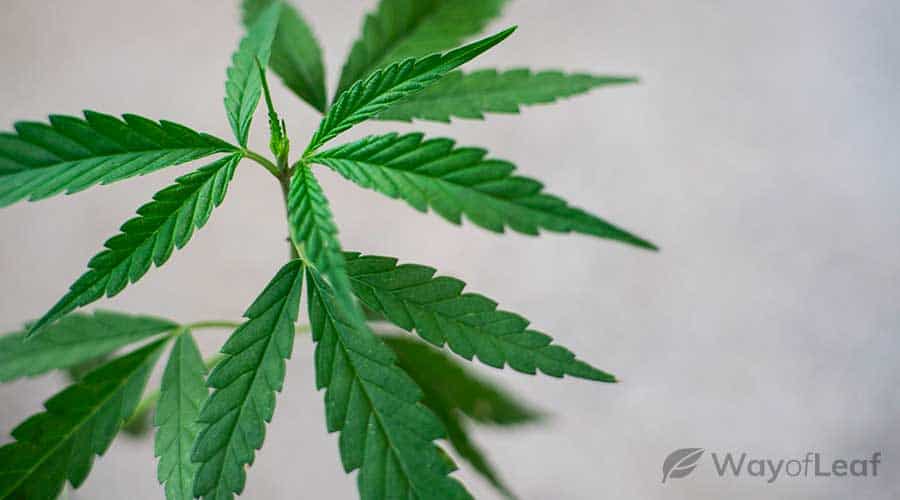 Some Ewok users even consume the strain to galvanize creativity. It may also prove helpful for those with issues stemming from mood disorders, depression, anxiety, and PTSD.

Possible Side Effects of the Ewok Strain

Ewok strain may have some adverse effects. These effects may include dry mouth and eyes, dizziness, and headache.

Final Thoughts on the Ewok Strain

The Ewok strain is an excellent choice for anyone looking to unwind and relax. The strain boasts some incredible calming and soothing effects, and its indica dominance leads to a high that is slow in the build-up, but mellow overall.

Users of this strain suffering from insomnia and minor aches often find relief. It has a euphoric and happy high, and can mitigate symptoms of depression and anxiety.

While it may induce couch-lock, it can also assist in getting the creative juices flowing. Artists and other creatives especially enjoy its effects.  As far as growing, Ewok marijuana has a quick turnaround time of 8-9 weeks indoors, while outdoor harvest typically takes place around late September to early October.

All in all, the Ewok strain is an excellent choice for anyone seeking a natural stress relief option. Do you have any personal experience using Ewok marijuana? Be sure to leave a comment below and join the discussion!

Does it smell better than it sounds?

This potent strain is pure gold

Checking out this famous strain...