Written by Editorial Team
4 min read
0 comments
Darth Vader OG Strain Overview
If you're a Star Wars fan, you know all about the villainous Darth Vader. However, Darth Vader OG is not nefarious at all. In fact, it has some beneficial effects, including helping with sleep, mood disorders, and ADD/ADHD. This strain also has an indoor flowering period of 8-9 weeks. This makes it ideal for anyone looking for a short growth cycle. 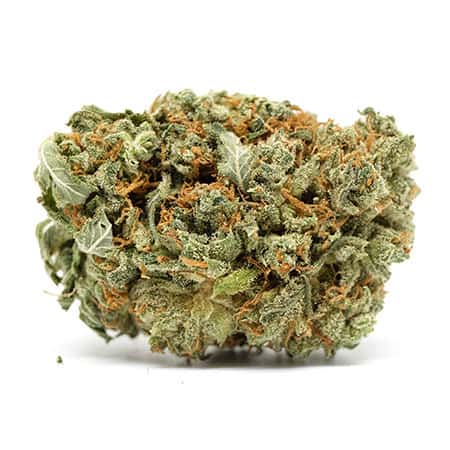 Cannabis strains get their names for all sorts of weird and wonderful reasons. Sometimes it’s the scents and tastes that award strains their names, and other times it’s their coloring.

We have to admit, Darth Vader OG is a pretty great name for a cannabis strain. It probably gets its name from the Star Wars villain. However, the dark coloration of its buds is potentially another reason.

Read on to find out more about this striking marijuana strain.

What Is the Darth Vader OG Strain?

Darth Vader OG is an indica-leaning hybrid. The origins of this strain are quite mysterious. Darth Vader OG strain weed is possibly a member of the famed OG family. Various strains are named as possible parents of Darth Vader OG. These include Skywalker OG, OG Kush, Purple Kush, and landrace strains from Afghanistan.

Users tend to experience a feeling of happiness once the cerebral high kicks in. Soon enough, however, the full-body high takes hold. At this point, you feel completely at ease as you relax on the sofa and think happy thoughts. It is best to use Darth Vader OG in the evening because it sedates you and eventually helps you drift off to sleep.

The Darth Vader OG marijuana strain has an aroma strongly reminiscent of grapes and berries. You’ll also get a whiff of diesel synonymous with Kush genetics. The berry notes become more noticeable when you grind the buds. It isn’t the best cannabis you have ever smelled, but it is acceptable.

The flavor of Darth Vader OG is undoubtedly better than the scent! On the first inhale, you’ll be rewarded with delicious hints of grapes and berries. It’s almost sweet enough to taste a bit like bubblegum. Once you light up, you’ll also get hints of diesel, earthiness, and berries.

Related article
What Does the ‘OG’ in OG Kush Stand For?

The terpenes and plant compounds that cause the grape and berry flavors have a lovely side effect of turning marijuana black. Namely, it is anthocyanins that cause this coloration.

Anthocyanins are a flavonoid. They provide a sweet berry flavor that many breeders – and users – find desirable. However, they also cause pigmentation. Anthocyanins can turn cannabis shades of purple, sometimes so dark in the hue that it looks black.

Not all Darth Vader OG buds are black. This coloration appears when the plant experiences colder temperatures during growth. You might also see a smattering of orange pistils and glistening trichomes on this strain.

Darth Vader OG is generally considered an easy strain to grow. This is largely based on its supposed lineage from the Kush family. You can grow it both indoors or outdoors. It prefers a warm climate, so cultivate it indoors if you live in a cold region.

Darth Vader OG has a very typical indica structure, growing short and sturdy. You definitely won’t need to use stakes because its stalks are quite robust. The short stature of Darth Vader OG makes it ideal for an indoor grow operation. 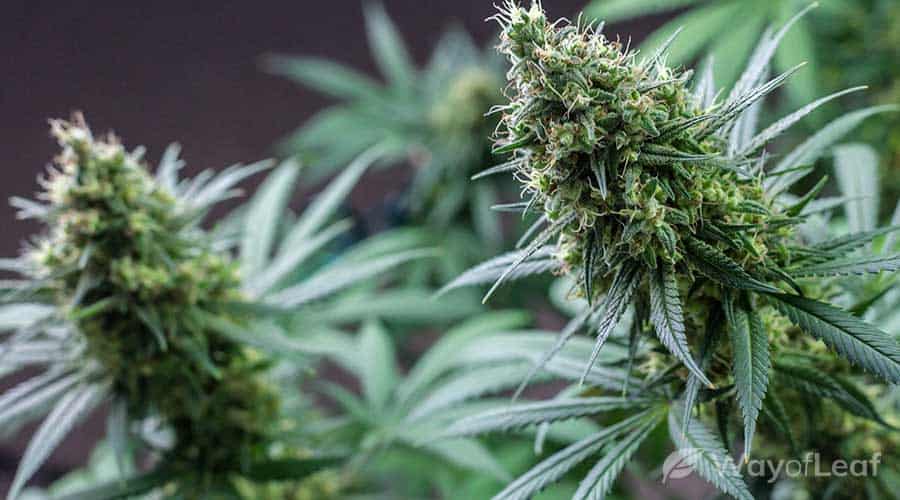 However, you might need to practice topping. Topping is a low-stress training (LST) technique where you chop a small part off the plant’s top. This encourages the plant to focus its energy on lateral growth. As a result, the leaves at the bottom gain access to light and develop fatter buds.

If you choose to grow inside, use light with at least 600 watts during the flowering period to increase the yield. Speaking of yield, Darth Vader OG will reward your efforts with around 350 grams per plant. This strain has a flowering period of 8-9 weeks. If you grow this strain outdoors, you can expect it to flower in the early weeks of October.

Darth Vader OG cannabis has an average to high THC content. It has about 18% THC at its lowest, which is a reasonable amount by modern standards. Some samples have tested at 25%, however, which is extremely high.

Darth Vader OG has very little CBD to speak of. The CBD content is seldom higher than 0.3%.

The relaxing indica effects are also useful for pain. As your muscles begin to relax and release tension, the pain may dissolve. You will end up in a state of couchlock, though. Darth Vader OG will ensure you have no desire to perform any physically challenging tasks.

There is also a possibility that the strain can help with muscle spasms. It could help alleviate the twitches and spasms that come as a result of several disorders.

A final, perhaps unexpected, effect of Darth Vader OG is its ability to relieve eye pressure. Glaucoma is a condition that appears on most medical marijuana lists because research suggests MMJ could alleviate intraocular pressure.

Possible Side Effects of the Darth Vader OG Strain

Like many cannabis strains, Darth Vader OG might result in dry mouth. Some users also experience dry eyes – but to a lesser extent. You can combat this issue by using a glass of water and a damp cloth. If you have eye drops, you can use those. Remember to have them ready before you smoke because Darth Vader OG won’t let you get up again!

Due to Darth Vader OG’s high THC content, it is possible to experience anxiety and paranoia on rare occasions.

Another commonly reported side effect is dizziness. If this happens, sit down and try to relax. Due to Darth Vader OG’s high THC content, it is possible to experience anxiety and paranoia on rare occasions. These are more common issues in individuals already prone to these feelings and users with a low THC tolerance.

If you are not a seasoned cannabis user, go low and slow at first. Don’t overindulge because that increases the likelihood of triggering these side effects.

Darth Vader OG is a great strain to try out if you haven’t already. Not only is it beautiful, with its dark tones and purple coloration, but it also tastes delicious. The notes of grape and berry, undercut with the familiar diesel tang of cannabis, are quite pleasurable.

Not only that, but this strain also has several possible medical benefits. Darth Vader OG is an enigmatic strain with mysterious origins and is also somewhat easy to cultivate.