Written by Sam Eskenazi, B.A., PGCA
6 min read
0 comments
Read Later
All information on this website is for general informational purposes only and is not intended or implied to be a substitute for professional medical advice, diagnosis or treatment.
Citral OG Haze Strain Overview
A potent strain with a great history, you get to combine citrus and Kush flavors with the Citral OG Haze strain. 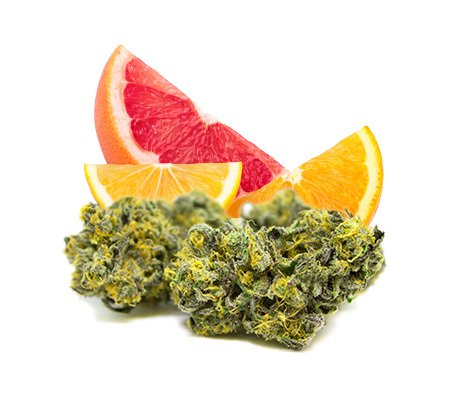 Some strains exist as a result of carefully combining dozens of unique and exciting strains. Expert growers work hard on teasing out specific traits. Others, however, exist as a sort of mashup between groups of classic strains, all in an effort to create something palatable that reminds you of the parent strains.

Citral OG Haze is definitely in the latter category, merging together OG Kush and a myriad of citrus strains.

With such a smattering of strain combinations, it might be a little bit confusing to anticipate what this strain is going to be like. So, here is everything you could ever possibly want to know about the Citral OG Haze strain.

What Is the Citral OG Haze Strain?

Citral OG Haze is an indica-leaning hybrid, made from OG Kush and other citrus-flavored strains. Its exact heritage is pretty unknown. However, it’s clear that the Hindu Kush region features heavily in its genetics, even beyond the obvious OG Kush parentage.

Citral OG Haze is a fairly well-loved strain in the weed community. Users prize it for its ease of growing, as well as its super enjoyable effects on a lazy afternoon. 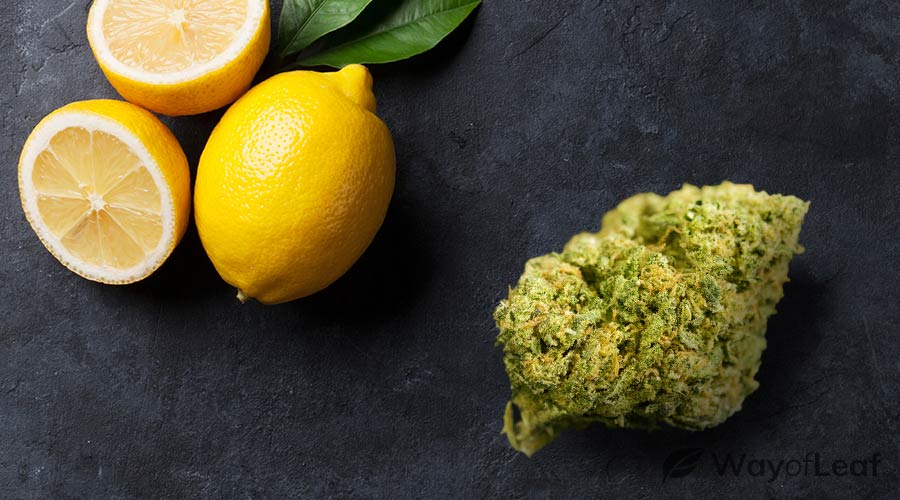 The high is a fast hitter, taking hold of your entire body before you even realize what’s going on. A gentle warmth will take hold, making your arms and legs feel weighty and a bit unwieldy. You will stop focusing on this immediately, however, as you suddenly find yourself in a state of complete and total relaxation.

You will find your mind completely drifting off into the distance, seemingly unable to focus on anything other than your own pleasant feelings. As you start to chill out and your body soothes, the small amount of sativa in this strain will start to make itself known, giving you plenty of lovely, happy feelings that many describe as euphoria.

It trickles into your mind and leaves you in a state of total bliss, like all of your life’s goals have been fulfilled, and there is nothing you want more in the world than a little more Citral OG Haze.

It’s virtually impossible to have negative thoughts or feelings while under the effects of this strain, so make sure to enjoy it. Take it while doing something relaxing, like watching TV or attempting to paint for the first time. Just make sure to keep in mind that there is a fair amount of munchies towards the end of the high, making it imperative to keep some snacks on hand.

Citral OG Haze has a really nice, pure aroma that might remind you of surface cleaner, which is in no way a bad thing.  There are the same citrus scents on the edge of your awareness that many cleaning products have, but it is more delicate and gentle than disinfectant.

There is also a fair amount of flowers and herbiness, with just a little touch of the vague diesel aroma that you would expect from a strain with OG genetics.

You may also get some hash that fills the air, leaving its touch on everything in the room you smoke it in. So, make sure to keep your windows open or smoke outside!

The flavor is pretty similar to the taste in that it has a gentle citrus undertone that is difficult to pin down. However, as the smoke fills your palate and you become more intimate with its full flavor, it becomes a lot more noticeable that it has a floral profile.

There is a sweetness to it that you would not expect if you had just smelled it, as well as some nondescript herbal notes that coat your palate.

The strange thing is that the OG Kush and Haze flavor doesn’t really develop until you start to exhale it. It sort of coats your mouth, like you are chugging diesel fuel.

Citral OG Haze is definitely a strain that you need to get used to before you can truthfully say that you enjoy it. Its flavor is a bit intense, offering up so many strong punches that you might find your palate overwhelmed.

Considering the orange and diesel flavor profile of the Citral OG Haze strain, you might imagine it has a sort of orange appearance to it. However, instead of a uniquely pleasant appearance, it has a rather plain green coloration.

There is a fair amount of those frosty white trichomes, which helps create a more complex and intriguing flavor profile. The buds are surprisingly difficult to pry apart, seeming like you need to take a hammer to them before you can actually get them ready to smoke, but keep working at them until you can easily access the bud.

Instead of pretty orange pistils, you can expect a more brown-colored pistil collection underneath the dense leaves.

Growing your own Citral OG Haze requires getting some strain seeds, which shouldn’t be too difficult if you check online. Either pick up some seeds from your local growing shop or find them online.

When it comes to growing Citral OG Haze, you can grow it either outdoors or inside, but it is probably best to do so indoors. It can be a bit fussy about temperatures; if you grow it too hot, the delicate flavors won’t develop. Furthermore, if it is too cold, you might find your bud developing an odd coloration that you didn’t expect.

It has a pretty fast growing time of around eight weeks, but it does need pretty consistent trimming to make the final yield worth it. To help encourage a high yield, ensure that you are constantly tapering the upward growth through continuous trimming. This allows your Citral OG Haze plant to grow more sideways, ensuring that it produces more buds in the end.

Citral OG Haze is ultimately a pretty easy strain to grow yourself, not really requiring a huge amount of specialized knowledge or effort.

You can expect your Citral OG Haze cannabis buds to have a pretty decent level of THC, considering its potent effects. On average, expect around 18% THC content, with some samples testing in the upper 20s as well.

This makes sense, as its effects seem to take hold almost immediately and can leave you feeling overwhelmed if you’re not careful.

As is pretty much almost always going to be the case with strains that contain plenty of THC, you can expect to find that there is basically no CBD whatsoever in Citral OG Haze. This means that it’s not especially useful for particular medical conditions; namely, those where CBD is recommended.

However, there are plenty of useful medical applications of the Citral OG Haze strain, even without any CBD content.

When a strain’s primary effect is one of intense relaxation and physical sensations, it is fairly logical to use it to treat pain. When you are under the effects of this strain, you simply won’t be able to notice mild aches and pains.

Despite its lack of CBD, it’s surprisingly effective at treating inflammation as well, making it super easy to forget about any painful conditions that affect you.

If you are someone who struggles with eating a sufficient amount of food in the day, this is a great option. Thanks to the endless dose of munchies that Citral OG Haze gives you, it will be challenging to fight against it; you will eat no matter what.

Finally, if you are struggling with mental illness or any kind of anxiety, Citral OG Haze can help you ease your mind. Depression, anxiety, and even issues with PTSD could be tamed with this strain.

Possible Side Effects of the Citral OG Haze Strain

You can never escape the regular side effects of most potent strains; dry mouth and dry eyes. This dastardly pair will arrive after smoking even just a little bit of Citral OG Haze, so make sure you are prepared. Keep some water on hand to avoid dehydration.

Citral OG Haze is a great strain and serves as one of the best examples of what happens when you blend a few classic marijuana strains together. With a robust, if slightly complicated flavor, and a long series of super pleasant effects, many people declare this strain to be their favorite.

It isn’t the best option for newbies to the cannabis world, though, due to its tendency to hit you hard and fast and without warning. Make sure you are carefully monitoring your intake of this strain to avoid feelings of anxiety and being overwhelmed by its potent effects.

As long as you treat it with the proper respect it deserves, expect to enjoy not only one of the most classical highs in the cannabis world, but also one of the best.