Written by John Killerlane, B.A., HDip
4 min read
0 comments
Read Later
All information on this website is for general informational purposes only and is not intended or implied to be a substitute for professional medical advice, diagnosis or treatment.
Cactus Cooler Strain Overview
Just like the refreshing and tasty tropical-orange soda, the Cactus Cooler strain is bursting with flavor. Known for its uplifting effects, many use this strain to enhance their mood or to take the edge off anxiety. 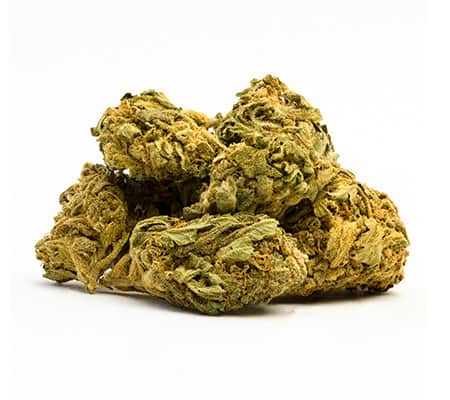 Fans of the Cactus Cooler soda will be pleased to know that, just like the drink, this hybrid has a delicious tropical pineapple and orange flavor. The Cactus Cooler strain is just as refreshing as the soda, but it offers much more than just an amazing taste. Many laud its mood-enhancing effects and describe it as an excellent social strain to enjoy while partying with friends.

What Is the Cactus Cooler Strain?

The Cactus Cooler strain is a sativa-dominant hybrid with approximately a 70:30 sativa-to-indica ratio. It provides an uplifting and cerebral high that can help to focus the mind and improve your mood.

Many users consume this strain in the morning or afternoon due to its fast-acting, stimulating, and energizing effects. However, if you decide to use this strain in the evening, then bear in mind that its high is quite long-lasting, so getting to sleep may be a problem later that night. 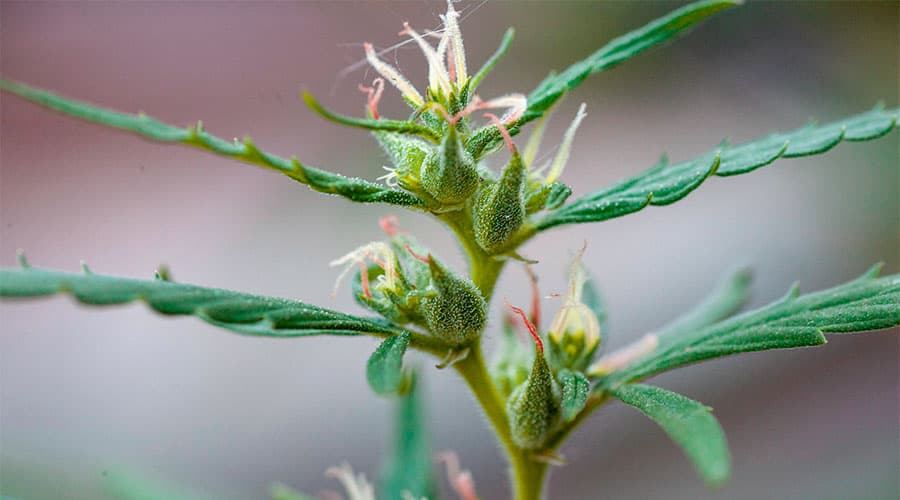 Some describe Cactus Cooler as an excellent party strain as it can make users feel more relaxed, upbeat, and social.

However, the Cactus Cooler strain’s benefits are not solely limited to recreational use, as we will discuss in the Medical Benefits section below.

Before doing so, let’s first look at some of the key characteristics of the Cactus Cooler strain, including its aroma, flavor, and appearance.

Cactus Cooler releases a mouth-watering blend of sweet, tropical fragrances when combusted. The citrusy overtones of pineapple and lemon dominate but are beautifully offset by subtle floral undertones with a hint of earthiness.

The Cactus Cooler strain’s sweet, citrusy orange and tropical taste is most prominent on the inhale. After exhaling, these flavors are still detectable, but the earthiness comes through to add a bit of depth to the overall taste.

A mature Cactus Cooler plant has a similar appearance to one of its parent strains, Blue Dream, with its robust frame and strong lateral branching. Its dense buds are spade-shaped and have a thick coating of resinous trichomes that give the plant a frosted appearance. The plant’s pistils are distinctively long and are a vibrant orange color.

Experienced Cactus Cooler cultivators rate its growth difficulty as moderate, so some previous cannabis growing experience is required for this particular plant.

If you are growing Cactus Cooler indoors, you will need to top your crop early, as it tends to grow quite tall in the vegetative stage. Advanced growers will benefit from utilizing the Screen of Green method, which will help to maximize your crop’s overall yield come harvest time. 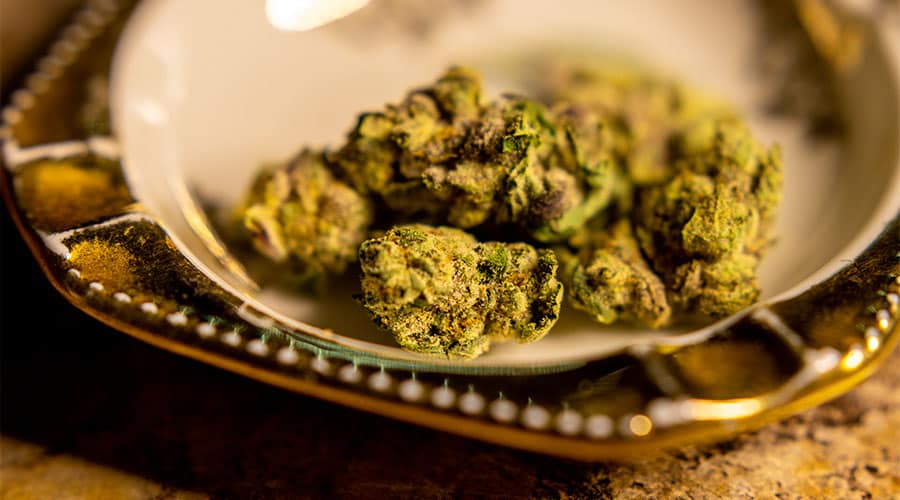 Indoors, Cactus Cooler flowers between 8-10 weeks, and you are looking at reaping between 12-16 ounces of bud per square meter.

As mentioned, Cactus Cooler plants are pretty robust, and their strong branch structure enables them to withstand blustery outdoor conditions. However, this plant does best outdoors in a warm and semi-humid climate.

Outdoors, Cactus Cooler plants are generally ready for harvesting between mid-October to early November. A typical outdoor yield is around 16 ounces per plant.

The highest recorded THC level in a Cactus Cooler sample was 23%. However, most samples that have been tested contained between 17-20%.

Reportedly the Cactus Cooler strain can contain up to 0.74% CBD.

We mentioned earlier that Cactus Cooler’s high is fast-acting, long-lasting, and generally coupled with a feeling of relaxation. Therefore, it is unsurprising that many Cactus Cooler users say that they consume this strain to address mood disorders like depression and anxiety.

This is understandable when you delve into the Cactus Cooler strain’s terpene profile. The most dominant terpene is terpinolene, which research shows has mild sedative effects, but Cactus Cooler also contains a generous amount of valencene, which has purported mood-enhancing effects.

The next most abundant terpene is myrcene, which has anti-inflammatory properties and can have sedative effects in higher doses. Therefore, cannabis lovers looking for temporary relief from inflammation and pain may benefit from using this strain.

Possible Side Effects of the Cactus Cooler Strain

The most common side effects associated with the Cactus Cooler strain are cottonmouth and dry eyes. However, some report that they experienced a headache after using this strain, although it is unclear whether this was due to overconsumption or dehydration. Regardless, if you choose to consume the Cactus Cooler strain, it is best to go low and slow to see how you tolerate its effects.

Cactus Cooler is an uplifting sativa-dominant strain with fast-acting effects. It is enjoyed by both recreational and medicinal users alike for its mood-enhancing effects.

Recreational users describe Cactus Cooler as an excellent party strain and say its long-lasting high makes them feel more outgoing and social. On the other hand, medicinal marijuana consumers say that the Cactus Cooler strain helps them to address mood disorders like anxiety and depression.

All about this sticky strain

The fruity strain to enjoy with friends

Get frosty with this one-of-a-kind strain

6
7 min read
Video
Join The Discussion
TOC
Premium
Your subscription has ended
If you love cannabis and want to support our site, join WayofLeaf Premium today and unlock
Best of all, part of your membership fee will go towards supporting the fight to legalize cannabis.
Sign Up for WoL Premium
Not now
I already have an account
×
Log in to Your Premium Account