Written by Editorial Team
3 min read
0 comments
Blue Monster Strain Overview
The Blue Monster strain is, thankfully, nowhere near as scary as the name suggests. It is a cross of four outstanding strains and offers a calm yet euphoric high that helps you feel relaxed. It is a popular MMJ strain, particularly among those seeking something to help them unwind. 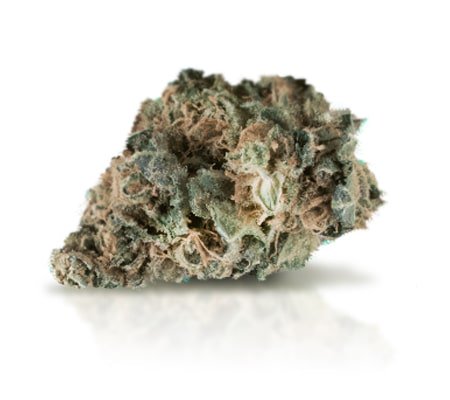 It was rare for breeders to mix more than two strains when creating a hybrid up until the modern era. These days, experienced companies are using their superior knowledge to create some spectacular cannabis strains. Blue Monster is a prime example. It is a four-way cross that has resulted in a relaxing yet potent option for evening use.

What Is the Blue Monster Strain?

Blue Monster is a cross of four strains: Northern Lights #5, Blueberry, G13, and a Mexican Landrace. A British-based breeder called Goldenseeds created this strain and took a chance by combining so many strains. However, the experiment was an unbridled success.

Sometimes, you can hazard a pretty good guess as to the effects of any given strain. However, the detailed nature of Blue Monster’s genetic mix makes it tougher to ascertain. In general, though, you can expect to enjoy an initial cerebral high that could help to cheer you up. Many users try this strain in a bid to become more chatty for the evening. 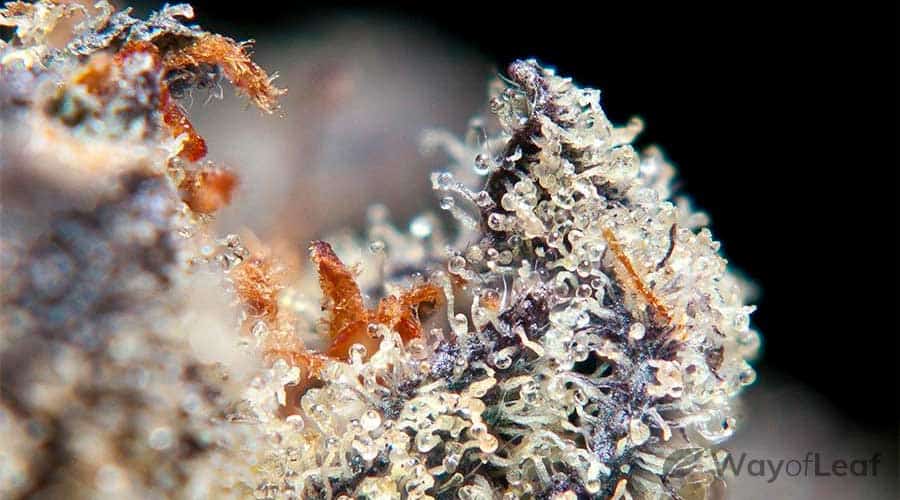 Blue Monster is a strongly-indica hybrid, but its effects on the body take a while to appear. Once they do, you had better find a comfortable place to rest because you’re unlikely to want to get up. When the body high begins, it manifests itself as a feeling of calming relaxation. This eventually switches to complete sedation and, ultimately, couch-lock.

Therefore, it is best if you use it in the evening. If you try it as a sociable strain, make plans to get home before the body high renders you immobile. You might also wake up the following day feeling ravenous.

The Blue Monster strain offers a subtle scent consisting of blueberries, spiciness, and hints of earthiness. It is ideal for individuals who want to avoid detection since the fragrance is gentle. Grinding up the buds reveals hints of diesel.

Blue Monster’s Blueberry heritage is readily apparent in its taste. Aside from the sweet and sour fruity taste, you’ll also likely get a mild fuel flavor. Please note that you could experience a coughing fit when using this strain because it is a harsh smoke.

This strain has medium to large flowers, along with chunky, unusually shaped buds. Blue Monster’s structure is classic indica with small leaves curling inward toward the main stems. You might get hints of blue and purple against the dark forest green leaves. The white trichomes are eye-catching and provide a good indicator as to this strain’s potency.

Once you buy Blue Monster seeds, you have the option of cultivating them indoors or outdoors. If you choose the latter, it’s important to note that this strain prefers a semi-humid climate. Blue Monster grown outside is ready for harvest by the end of September and offers around 12 ounces of bud per plant.

If you grow it inside, you can bring out its purple hues by reducing the temperature by up to 15 degrees. Its preferred daytime temperature is between 70 and 80 degrees. However, remember that ‘shocking’ your plants in this manner will temporarily slow down growth. Blue Monster grows short and stocky, with lateral branching. Indoors, its flowering time is 8-9 weeks. It can produce approximately 10-12 ounces per square meter planted.

There is quite a disparity between weaker and more potent versions of Blue Monster. Its THC content ranges between 15% and 23%, with 19% the average.

Although it is a strongly indica strain, Blue Monster does offer initial mental stimulation. You might find it useful as a means of helping with stress, anxiety, and depression. Users report feeling upbeat and invigorated during the early stages of the high.

However, most people turn to Blue Monster as a means of helping them get to sleep. This is why they use it a few hours before bedtime. Even MMJ patients with insomnia may find it hard to keep their eyes open after using this strain. While it is strong and affects the body, Blue Monster doesn’t have a reputation for providing immense pain-relieving properties.

One notable exception is a reduction in eye pressure. As a result, people with glaucoma find Blue Monster to be especially useful.

Users with a low THC tolerance might find that Blue Monster causes visual distortion and heightened sensory perception. This could result in a frightening experience for individuals not used to such effects. Novices may even begin to panic. Apart from these issues, more standard adverse effects include dry mouth and dry eyes.

The Blue Monster strain is potentially a great option if you need help getting to sleep. It begins with a cerebral high that makes you chattier than normal. However, it soon transforms into a full-body high that makes sleep almost inevitable. MMJ patients often use it to help with stress, depression, and glaucoma.

Blue Monster is also a relatively easy plant to grow. You can shock it by reducing nighttime temperatures to produce its purple coloring.

A sweet treat you won't want to miss