Written by Editorial Team
5 min read
3 comments
Read Later
All information on this website is for general informational purposes only and is not intended or implied to be a substitute for professional medical advice, diagnosis or treatment.
Black Tuna Strain Overview
Thankfully, the Black Tuna strain does not taste or smell like a rotten tuna fish. It was named after a gang, rather, that is famous for smuggling weed into the United States via tuna cans! This strain offers an intense body high and heavy relaxation, but also has wonderful abilities to calm a cramping or upset stomach, so it’s great for GI ailments. 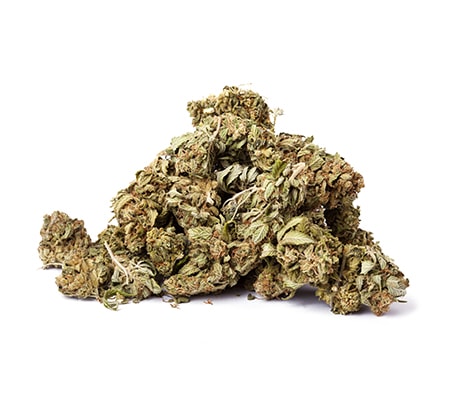 Did you know that there are 15 species of tuna? Well believe it, because there are! (Of course most of us only come across Yellowfin, Blackfin, and Bluefin, so we forgive you for not knowing that little bit of trivia…).

In any case, this weed-centric review will only be interested in the marvelous Black Tuna cannabis strain – which is a kind of tuna that you (hopefully) won’t be eating it with a knife and fork!

Indeed, you won’t find the Black Tuna weed strain in the water (or maybe you will?), but you can sure as hell bet that it’ll make you feel as if you’re floating!

DID YOU KNOW: Black Tuna marijuana was bred by 5-Star Organics, and (apparently) named after a famous gang that smuggled weed into the United States?

This is ostensibly a medicinal cannabis strain, but those who have toked on the magnificent ‘floral arrangement’ of Black Tuna weed will tell you that the buds contain more than enough THC to produce a satisfying – if not indulgent – high.

Want to learn more about this odd little flower that’s named after the proverbial ‘chicken of the sea?’ Keep on reading our in-depth Black Tuna cannabis strain review for info on where to find, how to grow, and what type of mind and body effects you can expect to feel!

What Is Black Tuna Marijuana? 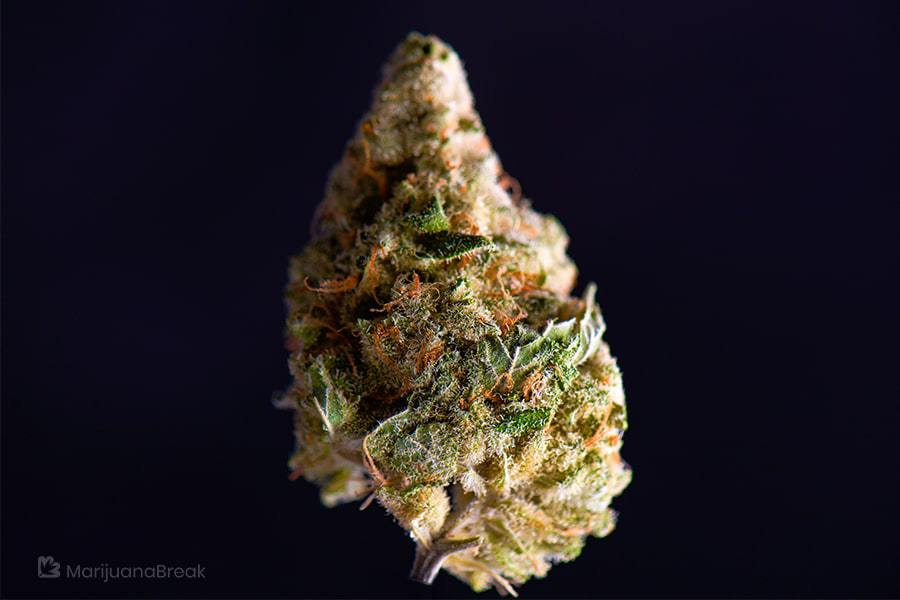 The Black Tuna marijuana strain is actually a hybrid – a genetic cross between Lamb’s Bread (sativa) and Herijuana, a relatively exotic indica hybrid. 5 Star Organics is credited as initially spawning the strain out in British Columbia, and its THC content ranges from 18-23%.

Black Tuna weed is not recommended for first-time users because of its potency. Also, there is a little confusion over the precise classification of Black Tuna, as some users believe it is indica-dominant. The general consensus, however, is that this cannabis strain is a more or less a 50/50 hybrid.

Black Tuna marijuana made significant inroads into the Canadian weed market when it was first unveiled, but later, 5 Star Organics came up with a stroke of marijuana marketing genius to increase its appeal in the U.S. – as the breeders had already named the strain after a Colombian smuggling gang, it went one step further by (apparently) actually selling it in sealed tuna cans! How badass is that!?

It is only natural to be concerned about the smell of Black Tuna weed; I mean, imagine if it carried the scent of fish! Fortunately, this marijuana strain provides you with a pungent and skunky aroma with an earthy tone that makes it just a tad more pleasant than an afternoon at the fishmongers.

Although to be quite frank, Black Tuna marijuana will probably never really been in serious contention of winning awards for its taste.

The cannabis strain consists of relatively dense dark green buds with hints of a bluish-purple color, and if you don’t wish to smoke it, you can enjoy Black Tuna weed in wax, shatter or concentrate form. If you luck out and find the right dispensary, it is also possible to purchase oil pens filled with this medicinal cannabis strain.

It isn’t easy to find growing information or seeds for the Black Tuna marijuana strain, although we know it can be grown both indoors or outdoors.

And although data is limited, it is important to ensure that you follow the correct growing protocol; this means providing your Black Tuna plants with enough nitrogen during the vegetative stage, before switching to an increase in phosphorus and potassium feeding when it is flowering.

Once you look past the sealed tuna can marketing ploy, you’ll be very impressed by the effects of Black Tuna weed. As we already said, this is NOT a cannabis strain for neophytes, as it provides you with a strong mental hit almost immediately.

Soon after your first tokes, you will experience an uplift in your mood, coupled with a general sense of euphoria. It feels like a well-balanced hybrid to us, because after the initial hit, the cerebral high becomes more and more consistent (rather than offering a hard, fast, intense mental stimulation).

Next, Black Tuna weed will provide a physical body high that feels like a warm embrace; at this stage, you’ll feel your entire body relaxing, and you may want to lie down and allow the relaxation to wash over you.

If you don’t feel an intense high right away, don’t consume more! Trust us, Black Tuna weed is potent, and if you use too much, it is perfectly capable of sending you to sleep. This is unquestionably an evening strain, so don’t use it before work.

Some users enjoy using Black Tuna marijuana to alleviate stress and anxiety. However, it is chiefly used by those in search of uplifting sativa effects, coupled with a sedative body high. Once you feel soothed and relaxed, there is no question that your stress levels will dissipate in any case.

As you can probably guess, however, the main reason to use Black Tuna cannabis is to combat chronic body pain. The utter relaxation you feel after a few tokes means you may be able to find relief from all manner of painful medical conditions, such as fibromyalgia.

Black Tuna marijuana also happens to be popular among people with gastrointestinal issues, including ailments like Crohn’s disease, cramping, and nausea. Incidentally, some users also end up with a serious case of the munchies when the high wears off, so it could be an ideal strain to counteract loss of appetite.

Without question, the biggest issue associated with Black Tuna weed is its potency, which makes it less than ideal for novices. As you may know, consuming marijuana with high levels of THC could cause side effects such as paranoia and anxiety.

A more common reaction is dry mouth, which you can of course easily overcome by drinking plenty of water. Really, though, this is advisable when using ANY marijuana strain. We recommend drinking liquid before, during, and after you consume the often-misunderstood Black Tuna strain.

Truth be told, the Black Tuna marijuana strain was 5 Star Organics’ flagship flower; now that weed is legal for medicinal use in 33 U.S states (plus Washington D.C.), this Canadian concoction is finally getting the wider audience it deserves.

Whether you are suffering from chronic pain, anxiety, or stress – or if you just want something to help you unwind and chill the hell out – Black Tuna marijuana should be able to help. It is a marijuana strain that we recommend using towards the end of the day though, as it will lift your mood and enable you to sleep soundly.

Found this Black Tuna strain review helpful? Return the favor by SHARING IT on Facebook with the cannabis community!

The ideal wake and bake strain?

Everything you need to know about this stinky strain

24
6 min read
Video
Join The Discussion
TOC
Premium
Your subscription has ended
If you love cannabis and want to support our site, join WayofLeaf Premium today and unlock
Best of all, part of your membership fee will go towards supporting the fight to legalize cannabis.
Sign Up for WoL Premium
Not now
I already have an account
×
Log in to Your Premium Account