Canada legalized marijuana in October 2018. This has led to a boom in cannabis production, although in truth, America’s northern neighbor has cultivated huge amounts of the plant for a long time.

However, it is the province of British Columbia that has developed a reputation for growing some of the best cannabis globally, let alone in Canada. According to the Fraser Institute, BC had around 17,500 grow-ops in the year 2000! One can only imagine how many there are today now that growing the plant is legal.

This article looks at the reasons why BC bud is among the best around.

A Quick Overview of British Columbia

Also known as BC, British Columbia is Canada’s westernmost province. It is located between the Pacific Ocean and the Rocky Mountains. Its population of around 5.1 million people lives in an area spanning over 357,000 square miles of land. BC’s capital is Victoria, but its largest city is Vancouver. The Greater Vancouver region accounts for almost half of BC’s population.

In 2012, BC was second in terms of the highest cannabis usage per capita in the country.

In 2004, a study conducted by a pair of universities found that over half of BC residents had tried marijuana at least once in their lives! At that time, Vancouver had numerous marijuana coffee shops where patrons openly smoked the drug. In 2012, BC was second in terms of the highest cannabis usage per capita in the country.

It is clear that British Columbia has had a long association with cannabis. What are the reasons for that, and why does the region cultivate such great marijuana? Let’s find out!

The Vietnam War Sowed the Seeds

BC’s reputation for great cannabis owes a lot to the Vietnam War. In the 1960s, conscientious draft objectors, primarily so-called ‘hippies,’ elected to leave the country rather than be forced to join the army. Approximately 30,000 Americans, mainly from Washington, Oregon, and California, moved to British Columbia.

A few of these migrants brought cannabis seeds with them. Growers in BC had only just started growing marijuana in earnest, and this extra supply was a major boost for the illegal industry. Those who moved to BC from the United States were delighted to come to a place where the underground marijuana movement was starting to thrive. They also found that BC has the ideal climate for cultivating the crop.

BC’s abundance of sunshine and rainfall makes it a fantastic place to grow marijuana. Admittedly, the climate varies significantly across the province. However, in the most populated areas, the annual mean temperature is 54 degrees Fahrenheit. This is the mildest in Canada. Also, the average yearly rainfall is 47 inches. Overall, BC has several hot summer days and a relatively mild fall season. 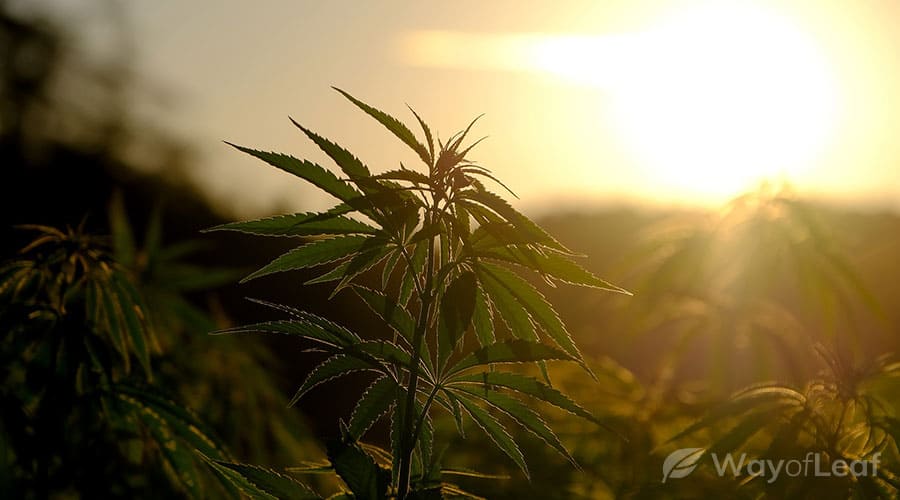 Kootenays is widely regarded as the home of outdoor marijuana cultivation in British Columbia. It boasts pure rocky mountain water, clean air, and extremely rich soil. Indeed, the Kootenays has among the most fertile soil on the planet.

British Columbia is famed for its low-cost hydroelectric power. Hydroelectricity is electricity produced by hydropower. It generates more than one-fifth of the world’s total electricity and almost three-quarters of all renewable energy. Furthermore, it is expected to grow steadily across the next quarter of a century.

BC’s topography made it a haven for cannabis growers back in the days when the plant was illegal. The province consists of numerous hills and dense forests that made it fairly easy to obscure a cannabis-growing operation. This is one of the reasons why British Columbia had far more illegal ops than other provinces. The sheer scale of cannabis production ensured that BC had a major advantage over the rest of Canada.

How to take advantage of Canad…

In 2010, the province exported around at least CA$4 billion in marijuana annually. Approximately 95% of BC’s crop was smuggled across the border with America.

Now that it is fully legal to grow cannabis in BC with a license, the market has swelled. The provincial government is well aware of the plant’s economic importance. It is worth up to CA$9 billion to the BC economy each year. Even when it wasn’t federally legal, BC law enforcement was rarely heavy-handed when it came to the marijuana market.

The SpeakEasy Cannabis Club is a prime example of just how much marijuana is produced in BC. In 2020, the organization estimated that it would harvest 60,000 cannabis plants in its 24 hectares of land in Rock Creek. This equates to around 70,000 kilograms of bud. It was set to be the biggest harvest in the history of the country.

Residents of BC have generally favored cannabis legalization more than in any other Canadian province. In 2012, an estimated 14.5% of BC residents said they used marijuana in the previous 12 months. In 2017, Statistics Canada published a report saying that British Columbia was #2 in terms of per capita usage of over 24 grams per person per annum.

In 2012, a large nationwide poll found that 61% of BC residents wanted the legalization of marijuana. That percentage was just 53% in the rest of the country.

Now that cannabis is legal, BC residents aged 19+ can buy, consume, and possess the substance. They are allowed to possess up to 30 grams of marijuana in public. Please note that it is illegal to smoke or vape cannabis anywhere that tobacco smoking is also prohibited. Adults can cultivate up to four plants per household.

Who Are the Major BC Cannabis Players & What Are the Best Strains?

Cannabis users are spoiled for choice. The combination of the factors mentioned above has spawned an incredible number of expert cultivators. These include:

Related article
Which Country Consumes the MOST Weed Per Capita? [Answered]

The highest nations in the wor…

As for the best cannabis strains grown in British Columbia, these include:

British Columbia has a huge number of things in its favor. First of all, it benefitted from an influx of cannabis lovers in the 1960s who discovered BC’s incredible climate. The province has the ideal set of weather conditions to cultivate great outdoor weed. Its hilly landscape helped these early growers avoid detection.

As marijuana was so important to the local economy, law enforcement was happy to turn a blind eye.

As marijuana was so important to the local economy, law enforcement was happy to turn a blind eye. Now that BC uses cheap hydroelectricity, indoor growing is also extremely popular. Finally, the province’s residents have always been in favor of marijuana legalization. These factors ensured that BC made it to the top of the industry, and it intends to stay there.

How to Get a Grower’s License for Medical Cannabis

Find out if a grower’s license for medical marijuana is worth your commitment...

How to successfully grow this strain

How to Set Up a Greenhouse for Weed

Get the most from your cannabis garden

How to grow this awesome strain

How to Grow Purple Haze Marijuana

Tips and tricks for every grower

What Is Hydroponic Weed? [Beginner’s Guide]

Every beginner grower needs to know this

A Beginner’s Guide to Cannabis Cultivation