It’s not quite accurate to suggest that all marijuana strains provide relaxation and couch-lock. Some sativa-dominant marijuana strains, for example, can provide users with an uplifting and even energizing high. Such strains are known to spike levels of energy, focus, and even promote creativity.

Indica strains, on the other hand, are believed to offer extraordinary stress-reducing benefits. They are the traditional weapon of choice when it comes to cannabis-based relaxation.

However, choosing the best marijuana strain to get you relaxed isn’t as simple as adhering to the traditional indica vs. sativa debate. A strain’s THC-to-CBD ratio can also play a significant role. As you probably know, THC is the psychoactive compound in cannabis. While it may produce uplifting effects, excessively high levels of it can produce unwanted effects. You could find your mind racing uncontrollably, for instance, or fall into a wave of THC-induced anxiety or paranoia.

When it comes to relaxation, many cannabis users prefer strains that have a roughly even THC-to-CBD ratio.

For this reason, when it comes to relaxation, many cannabis users prefer strains that have a roughly even THC-to-CBD ratio. CBD is a non-psychoactive compound that’s capable of counteracting some of the intoxicating effects of THC. An even combination of the two will allow users to benefit from a feeling of calm, while also maintaining the energy to stay active and get things done.

Without further ado, let’s check out five of the best marijuana strains for when you need to relax!

This is an unusual marijuana strain for relaxing since it is sativa dominant (80%). However, it gets the job done for many. The strain is famed for its strong strawberry aroma and taste, but it does have a high THC content of up to 23%. For this reason, only experienced cannabis users should rely on it for relaxation. If you’re a newcomer, it may very well provide very opposite effects.

Aside from the flavor, Strawberry Cough gets its name because it produces a cloud of thick, hardy smoke. Even the most experienced cannabis users will cough when using it. 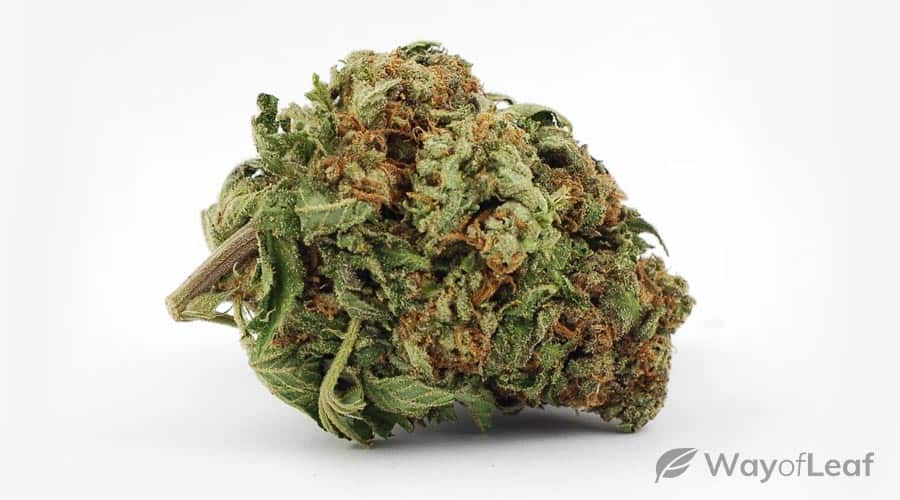 The precise origin of Strawberry Cough is a mystery, but it does appear to come from the Haze family of genetics. And as we said, the relatively high THC content means it could be a no-go for inexperienced marijuana users.

In general, however, Strawberry Cough provides reliable, consistent effects for those who are familiar with its potential. It can be a slow-acting strain, however, so don’t expect to feel relaxing effects straight away.

Eventually, however, you can expect your thoughts to become more positive and for feelings of calm and happiness to persist for the duration of the high. Also, Strawberry Cough may even imbue your spirit with a little bit of an energetic and creative boost.

This indica dominant (80%) strain is named in honor of legendary cannabis activist and entrepreneur Howard Marks. His biography, ‘Mr. Nice,’ was released in 1996, and it spoke in detail about his life as an international marijuana trafficker. The strain itself is a cross between G-13 and the Hash Plant, and it won second place in the 2004 High Life Cup. 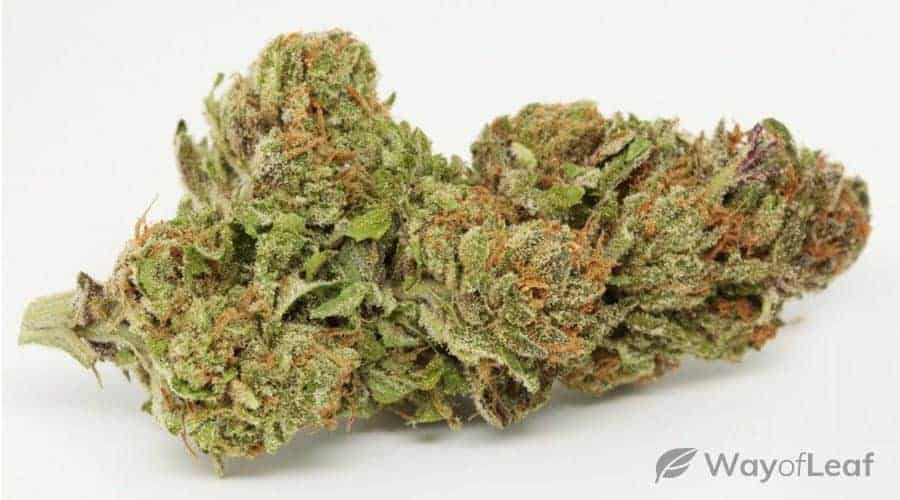 Mr. Nice contains up to 20% THC, with roughly 1% CBD and 1% CBN. It is an interesting and rare strain with effects that tend to creep up on you. It can reward users with an intense high that is mellowing, relaxing, and extremely pleasant all at once.

In addition to helping users to cope with severe aches and pains, Mr. Nice is also believed to help with stress and anxiety. This is the main reason we regard it as one of the best marijuana strains for relaxation. If you’ve had a rough day at work, this strain is known for evoking a more positive view of the world.

There is some debate over whether this indica-dominant hybrid is named after Willie Nelson. It’s been around since the 1970s, and as most people know, Nelson is a huge advocate of cannabis.

Cannabis consumers in need of some relaxation should tread carefully with Willy’s Wonder, however. Why? Well, reports of its THC content vary wildly. Some say it can contain up to 21% THC, while others say that it can be as high as 30%! That is a considerable difference, so be careful not to overconsume. Willy Wonder’s CBD content is quite modest in comparison and typically is less than 1%. 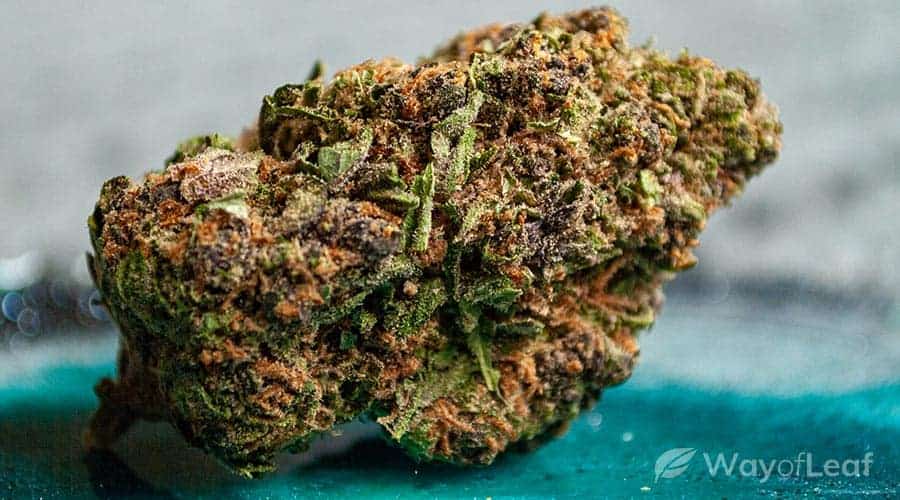 This strain is best used in reasonable amounts. In moderation, it tends to give you a head high that improves your sense of focus.

Willy’s Wonder is initially uplifting, but soon the cerebral high gives way to an overpowering sense of relaxation that courses through the body. It is a sure sign that the indica-dominant profile is taking hold.

When you look at Willy Wonder’s cannabinoid profile and THC/CBD content, you can see why it is considered to be great for relaxation. However, bear in mind, it is so potent that you could end up with a severe case of relaxation-induced couch-lock.

For this reason, we only recommend Willy’s Wonder for the experienced cannabis user. For experienced users in need of a break after a rough day, though, this strain can take you into another realm of relaxation.

If we were to crown a proverbial ‘king’ of marijuana, Skunk #1 would have to be a contender. It was first introduced in 1978, and it caused an immediate sensation in the cannabis community. This is an indica dominant strain (65%) and is the result of multiple cross-breeding. It includes traits of Colombian Gold, Acapulco Gold, and Afghani.

Since its inception, it has spawned an enormous number of variations. Nonetheless, the original Skunk #1 is still one of the best weed strains for relaxation on the market. The strain’s THC content is fairly high at around 22%, but the small CBD content does help to limit excessive psychoactivity. 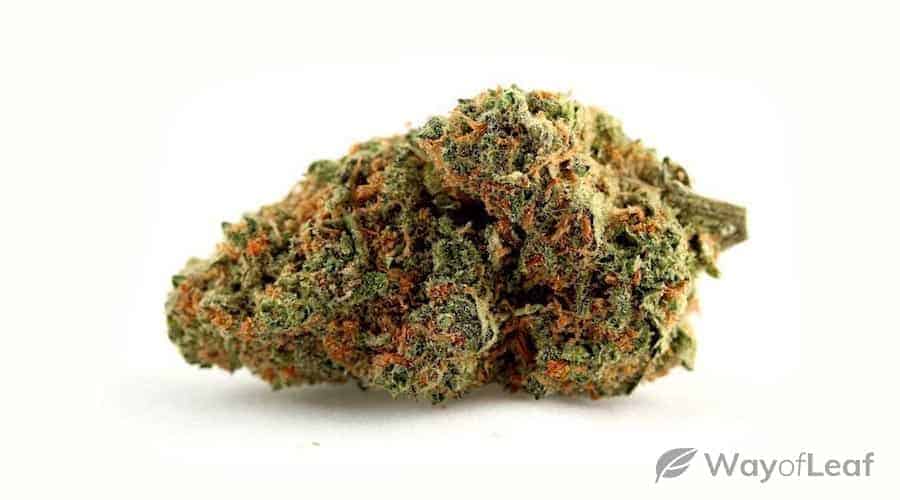 Skunk #1 typically begins with a head buzz that’s unusual for an indica-dominant strain. Within minutes, your entire body becomes encompassed in a warm and fuzzy embrace.

This is one of the most popular strains in Amsterdam, but you can find it in many parts of the U.S. as well, particularly along the West Coast.

This is an extremely indica dominant strain (90%). It was initially called ‘High Rise’ because rumor maintains that it was born in a residential building in Amsterdam. After winning two Cannabis Cup awards, Master Kush is now one of the most popular and sought-after marijuana strains on the market.

It does have a high THC level of up to 24%, but also produces a consistent CBN and CBD percentage. There are some unsubstantiated claims that Master Kush is a cross between Skunk #1 and Hindu Kush. Its high indica content means that it is capable of bringing your body into extreme relaxation mode within minutes of smoking it. 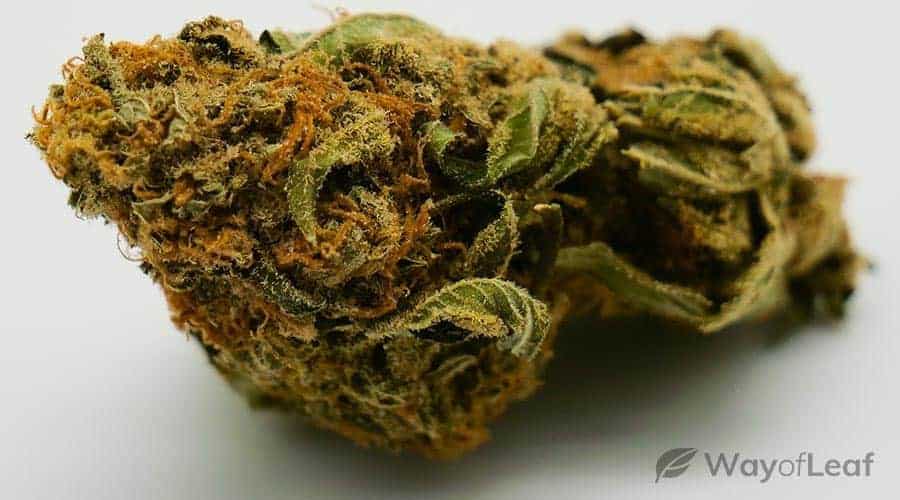 Like Willy’s Wonder, though, one thing is for sure; newcomers should probably stay away. While you want to get relaxed, you don’t need to be zonked out of your mind. Unfortunately, this can happen with the extremely potent Master Kush.

In fact, all you need is a few puffs of the strain for it to take effect. When it does, you’ll feel a lovely tingle all over your body. A lot of experienced cannabis users prefer to smoke Master Kush before bed for an otherworldly night’s sleep.

The Best Marijuana Strains for Relaxation: Our Final Thoughts

Unfortunately, stress is inextricably linked with everyday life for an increasing number of people. We all know that the perpetuating rat race out there can take its toll on happiness and overall quality of life. However, never forget that Mother Nature has supplied us with a beautiful assortment of natural plant-based remedies to help cope and clear the mind and soul.

The five marijuana strains for relaxation mentioned above all can do an incredible job of taking the edge off, but remember – they are not for everyone. If you are an inexperienced cannabis user, we highly recommend starting out with something that has a lower THC percentage and/or higher amounts of CBD.

8
9 min read
Join The Discussion
TOC
Premium
Your subscription has ended
If you love cannabis and want to support our site, join WayofLeaf Premium today and unlock
Best of all, part of your membership fee will go towards supporting the fight to legalize cannabis.
Sign Up for WoL Premium
Not now
I already have an account
×
Log in to Your Premium Account