They will not let you down!

Most people are bashful when it comes to talking about sex. However, it’s no secret that most of us enjoy the “process.” That said, you might be surprised to learn that there are a host of benefits associated with having regular sex. These include:

Also, the more often you have sex, the stronger your libido becomes, meaning you’ll want even more sex! Marijuana is gaining a reputation as a fantastic libido booster and could enhance the sexual experience. Proponents say it increases touch sensitivity, calms your nerves, and relieves anxiety. Keep on reading to discover five cannabis strains that bring out the tiger in you. At least in the bedroom!

First of all, however, let’s see what science has to say about weed and sex.

Does cannabis increase sexual desire? According to a study by Sun and Eisenberg, published in The Journal of Sexual Medicine in November 2017, the answer is yes! The two researchers analyzed a CDC survey of over 50,000 people. The researchers checked the survey to look at the herb’s effect on males with one of several forms of sexual dysfunction. Overall, daily male and female marijuana users reported having sex 20% more often than those who never used pot!

The recent work of Becky Lynn sheds light on how cannabinoids impact female sexual function. In June 2019, Lynn was the lead author on a study published in Sexual Medicine. The research team found that women who used cannabis before sex were over twice as likely to experience satisfactory orgasms than if they didn’t use the substance.

In September 2019, Lynn et al. published a study in Sexual Medicine Reviews. In it, the team found that microdosing weed potentially improves sex drive in females.

In a survey published in Sexual Medicine in September 2020, researchers looked into the relationship between marijuana use characteristics and sexual function in males. A total of 325 men took part. Over 70% used cannabis six or more times a week. Just 13% used it 0-2 times a week, while the rest imbibed 3-5 times a week.

The men who consumed cannabis 6+ times a week enjoyed better intercourse satisfaction than those who didn’t use the substance. They also frequently had a lower rate of erectile dysfunction. The researchers concluded that there was an association between weed use and increased sexual function.

Research remains in its infancy, but all signs point towards cannabis having a positive impact in the bedroom.

Marijuana and sex throughout t…

There are few marijuana strains capable of helping you go wild more than this sativa-dominant (70%) hybrid. With a THC content of up to 22%, Sour Diesel is a powerful beast. So much so that if you’re not used to its potent effects, you could end up with a feeling of anxiety. It has a strong ‘fuel’ scent, and its nickname is ‘Sour D.’ 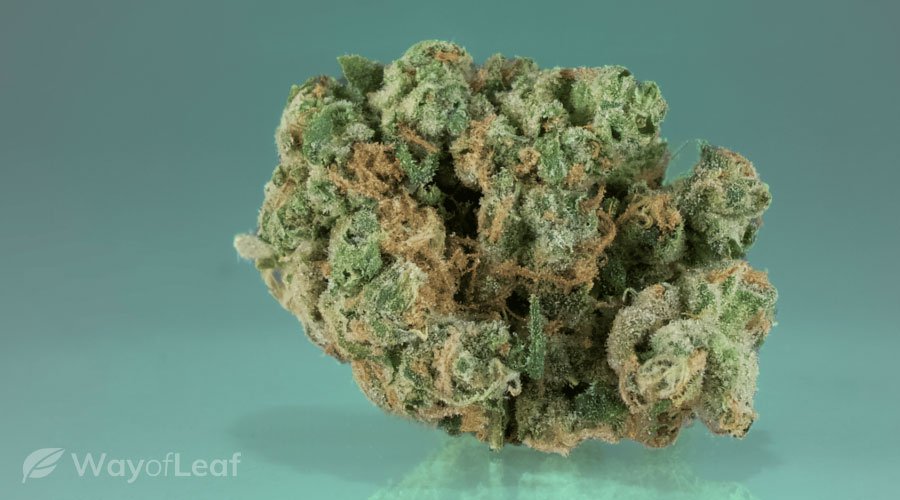 This strain was created in California in the 1990s and is probably a cross of Chemdawg and Super Skunk. However, its exact background is unknown, and this air of mystery only adds to the strain’s considerable allure. Sour Diesel also provides the ideal ‘upper,’ as it hits you with profound cerebral experience and virtually no couch lock.

You should feel a rush of energy within minutes of smoking Sour Diesel. As you can imagine, this makes it ideal in the moments leading up to the “big event.” After taking a few hits, you’ll probably want to dispense with foreplay and go at it like rabbits. Best of all, though, the effects of Sour Diesel can last up to five hours. This is a sure-fire way to enhance your reputation as a stud!

Usually, this sativa-dominant (75%) hybrid is associated with boosting energy after you wake up. However, an increasing number of couples are using Harlequin as their secret weapon for morning nookie. It is an unusual strain that contains high levels of both CBD and THC. As a result, you’ll feel good, but the CBD will keep the psychedelic effects in check.

Also, if you need a helping hand while your other half is demanding an early morning present, Harlequin is a perfect choice. 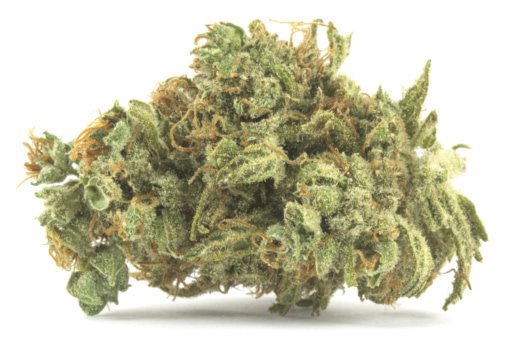 It is a descendant of a Nepali indica, Thai and Swiss sativas, and Colombian Gold. This eclectic mix provides users with a sensation that is best described as ‘phenomenal.’

Moreover, you will feel uplifted after using Harlequin, and within minutes, you’ll be full of energy and ready to rumble. By the time you’re finished, you’ll wonder why you ever relied on coffee to get you started in the morning. The effects can last for hours on end. Both you and your partner will have smiles on your faces for the entire morning and long into the afternoon.

This sativa-dominant (70%) strain is a cross of Space Queen and Blue Dream. A fact that presumably made it easy for the breeders to conjure a name! With a THC content ranging from 13% to 22%, Dream Queen is not cannabis you take lightly. Users suggest it enhances your stamina, which comes in extremely handy in the bedroom. 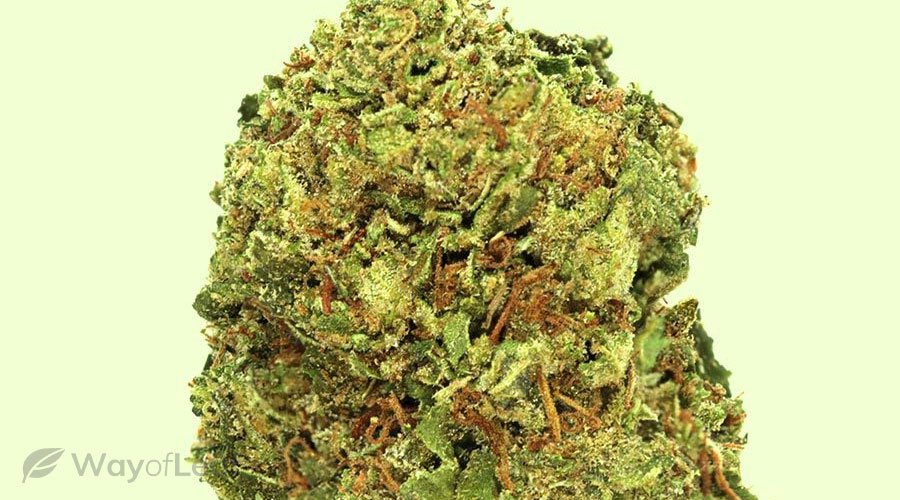 When you take a few hits of Dream Queen, expect the high to hit you quickly. A potent cerebral high gives you a spaced out feeling for a few minutes. However, the next aspect of the experience is an increase in focus. Crucially, you also get a heightened emphasis on whatever sensation you are feeling.

Dream Queen is also a favorite amongst users looking to tackle insomnia. Proponents of this strain also claim it boosts their level of creative thinking. However, we advise you to make the most of the initial buzz. When the high wears down, a feeling of relaxation takes hold.

If you’ve decided that tonight is the night for something raunchy, naughty, and potentially painful, Blue Cheese should be your marijuana strain of choice! This indica-dominant (80%) hybrid has a THC content of 20%. It offers a delicious taste, followed by a feeling of relaxation without drowsiness. 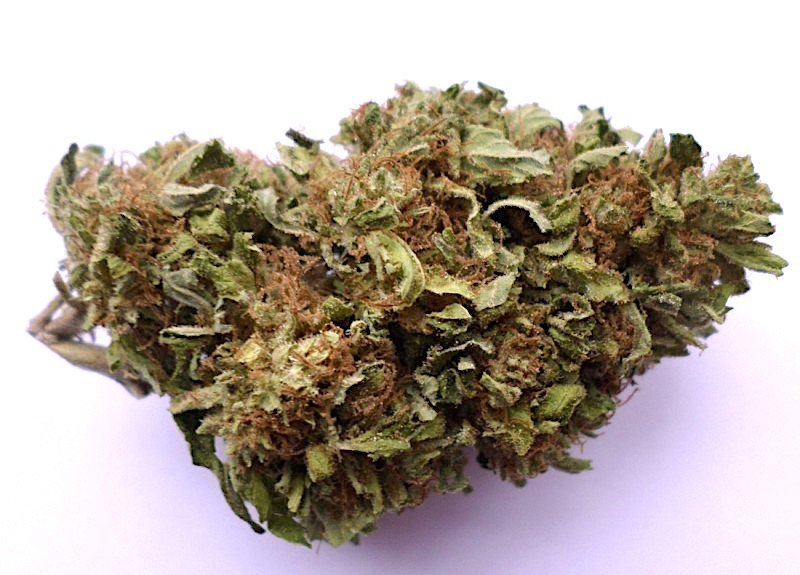 Blue Cheese is a cross of UK Cheese and Blueberry. One of its main benefits lies in providing a feeling of euphoria. The head high is a slow-burner, but you will experience bursts of energy once it takes control. It should go without saying that this sensation is a cue to take action!

After a while, you may get that ‘munchies’ feeling, but not until you have completed the deed. Medical marijuana users hail Blue Cheese for its ability to ease their feelings of anxiety. If you are concerned about ‘performing,’ perhaps this strain can take away those nerves and enable you to enjoy yourself.

There are few less appropriately named strains in the world than Goo! It is a word synonymous with nasty, sticky things. However, this weed provides you with a wonderful feeling. The indica-dominant (80%) hybrid has dense green buds and sticky resin. Maybe there is a method to the naming madness! 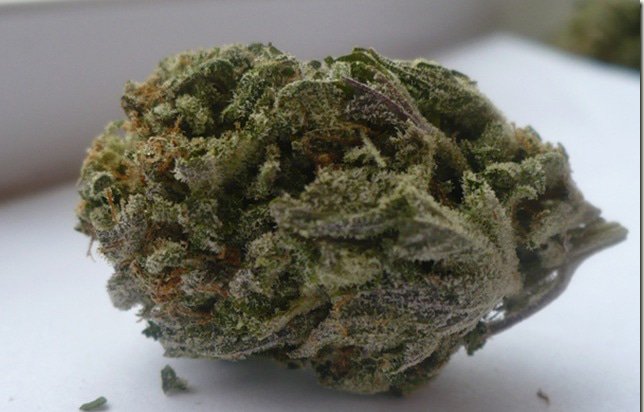 In terms of genetics, Goo is a cross of Hindu Kush and Blueberry. With a THC content of up to 24%, it is a marijuana strain that commands respect. It’s also a strain that fools many users because its initial high is gentle and smooth. However, once it makes its way down your body, Goo hits you like a steam train. It gets more powerful as the high continues.

The feeling of intoxication it provides is undoubtedly manageable, though. As your mind begins to operate at a higher level, it can help you anticipate your lover’s needs. However, although it can enhance your sex session, you need to work fast. Within a couple of hours, Goo will make you want to relax and go to sleep. This makes it an excellent strain for wild and rapid sex just before bedtime.

If you’re genuinely interested in using marijuana to enhance your sex life, we recommend shopping as a couple and experimenting with multiple strains. The right indica strain can result in sensory ecstasy, and this kind of herb works well with the body’s senses. Sativa strains are the best option if you want a burst of energy and are yearning to experience sex differently.

No matter which strain you choose, make sure you take no more than two or three hits. Otherwise, the high will overwhelm you and hurt your performance. Finally, write down some notes about each strain you use. This process can help you understand the weed that works (and what doesn’t). It can also outline the best times of day to use them.